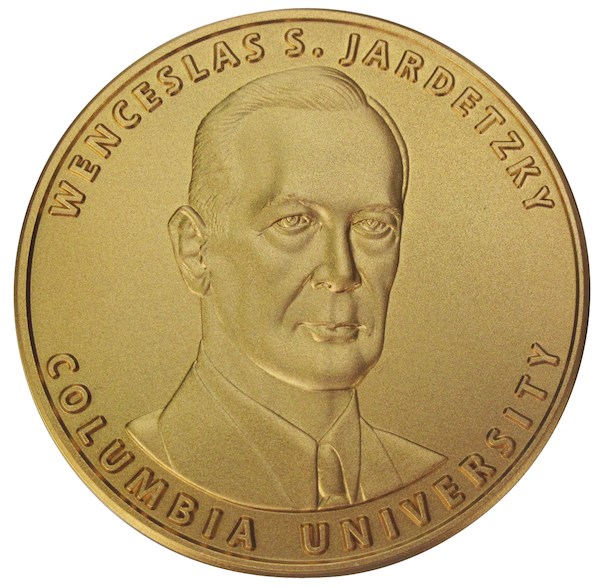 The Jardetzky lecture in geophysics honors the late Wenceslas S. Jardetzky, a renowned researcher and educator whose flourishing scientific career in Europe was halted by World War II and revived after he emigrated to the United States. From 1949 until his death in 1962, he was a research associate at Lamont-Doherty, where he collaborated with Frank Press, former president of the National Academy of Sciences, and Maurice Ewing, Lamont- Doherty's founder, on a well-known and widely used scientific book, Elastic Waves in Layered Media.

Dr. Jardetzky's broad scope of scientific interests also included celestial mechanics, fluid dynamics, theoretical physics, seismology and the migration of the poles. A principal contribution to science was his mathematical theory on zonal rotation, which provided a mechanism for the migration of continents.

The Jardetzky lecture was established in 1992 by Dr. Jardetzky's son Oleg, who was the founder of the Magnetic Resonance Laboratory and professor of molecular pharmacology at Stanford University. In endowing the lectureship, Dr. Jardetzky said he hoped it would "help enrich the outstanding tradition of the Lamont-Doherty Earth Observatory, which provided a much cherished intellectual home to my father after he emigrated to this country."

Title: Geology on Mars: Ongoing Results from Curiosity and Planning for the Next Mars Rover

Title: Laurentide Ice sheets, the Emergence of the Isthmus of Panamá, and the Great American Biotic Interchange: A Red Herring Inserted Between Climatic Cause and Biological Effect

Title: The Southern Edge of the Eurasian plate: A Fatal Blend of Earthquakes and Corruption

Title: The Global Influence of the Southern Ocean

Title: Too Small to See, Too Big to Ignore: What Prochlorococcus Has Taught Me About Life and
the Ocean

Title: Seismological Observations of Small-scale Convection in the Mantle from the East Pacific Rise to California

Title: The Origin of the Earth's "Hum": Bridging the Gap between Seismology and Oceanography

Title: Recent Insights into the Anthropogenic Perturbation of the Global Carbon Cycle

Title: A Climate: Do We Really Understand How We Are Changing It?

Title: Thirty Years as a Geophysicist, or Why We Now All Have to Become Geochemists

Title: The Geophysical Evolution of Venus: Why Does Earth's Sister Planet Bear So Llittle Family Resemblance?