Where is the Langseth Now?

Lamont-Doherty Earth Observatory's Office of Marine Operations (OMO) currently operates the research vessel  Marcus G. Langseth  that serves as the national seismic research facility for the United States academic research community. The R/V Marcus G. Langseth 's unique seismic capability allows it to provide both 2D and 3D maps of the earth's structure miles below the seafloor. Utilizing the vessel's other capabilities, expeditions have collected sediment cores for understanding climate variations throughout the Earth’s history, sampled seawater for determining physical and chemical properties of the oceans, and deployed remotely operated vehicles (ROVs) for studying submarine volcanoes. Scientists and researchers from all over the world are encouraged to participate in research programs aboard the  Langseth . 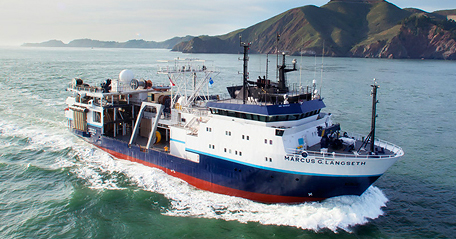 The National Science Foundation has recently awarded funds to support an Integrated Ocean Drilling Program  (IODP) site-survey cruise in the western tropical Pacific warm pool (WPWP) led by Rutgers scientists. The cruise will depart on Septemter 6th from Lae, Papua New Guinea and will focus on advancing the knowledge of the WPWP by collecting sediment cores and high-quality multichannel seismic data.

Stay tuned this September for more information and cruise blog from aboard the R/V Revelle! 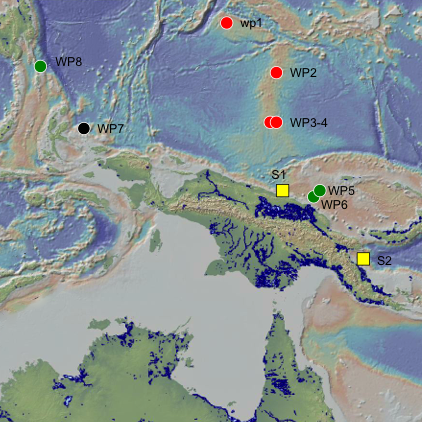 Scientists are mapping in new detail the seafloor and sub-seafloor of Long Island Sound. The sound is heavily used—crisscrossed by vessels on top and by energy and communications lines on bottom—but most maps predate modern technology. The research seeks to image the topography and makeup of the bottom, and the habitats there, in order to best manage resources and update nautical charts. March-June (schedule TBD), researchers including marine geologist Frank Nitsche  will use sonar pulses to map the bottom texture up to tens of meters below the bed aboard a University of Stony Brook vessel. Cruises of one to five days may also take cores from the bottom. This year, cruises will cover a pilot area between Bridgeport, Conn., and Port Jefferson, N.Y. Coming years will cover the whole 1,320-square-mile sound. The project is a collaboration among federal and state agencies, and several universities. 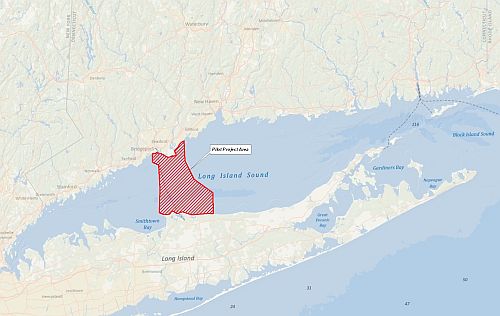 A recently completed research expedition on the Lamont-Doherty Earth Observatory research vessel Marcus G. Langseth mapped and sampled sediments along the Line Islands in the central equatorial Pacific. The expedition, led by Jean Lynch-Stieglitz (Georgia Tech) and Pratigya Polissar (LDEO) recovered surface and long piston cores that will provide sediment material to study the past changes in the marine Intertropical Convergence Zone (ITCZ) as well as the behavior of El-Nino Southern Oscillation (ENSO). The atmospheric circulation in the tropics and subtropics, including the state of and the position of the ITCZ, determines the patterns of rainfall and drought that influence a vast number of people on the planet today. Unfortunately, our current understanding of these circulation patter ns is not complete. The most sophisticated coupled ocean-atmosphere climate models still often differ from observations, for example persistently exhibiting a double ITCZ or failing to produce the proper magnitude and periodicity of modern ENSO variability.

The area of the central tropical Pacific targeted on this expedition is an ideal place to monitor the marine ITCZ, as it is far from the influence of the monsoons and other land-ocean linkages. Here, the ITCZ is well organized, largely confined to the Northern Hemisphere, and has less seasonal variation than in the Eastern and Western Pacific. This area is also ideally situated to monitor past ENSO activity, given that variability is dominated by inter-annual rather than seasonal variability. PI Polissar and his colleagues collected several gravity and long piston cores, several CTD profiles with water samples and six multi-channel seismic surveys during their four weeks at sea.
For information on the results of this cruise go here: shadow.eas.gatech.edu/~jean/Line_Islands/Cruise_main.html .
Follow the Blog: Future El Nino here:  http://www.ldeo.columbia.edu/research/blogs/future-el-nino
‹ Visualization Wall up Facilities ›