In a paper out this week, researchers at the University of Arizona and Lamont-Doherty Earth Observatory use data from one of our cores - RC09-166PC located in the Gulf of Aden and taken in July of 1965 - providing evidence that links ancient human migrations with climate change. You can read the full story here.

Walter Pitman and the Smoking Gun of Plate Tectonics

"Fifty years ago, a graduate student named Walter Pitman made a discovery that would change the way we see our planet. It was late at night, and Pitman was reviewing charts of ship data that had just come off the computer at what was then Columbia University’s Lamont Geological Observatory. The ship, the Eltanin, had crossed a mid-ocean ridge – part of a 40,000-mile undersea volcanic mountain chain that encircles the Earth – while recording the magnetic alignment of the rocks in the seafloor below.

Pitman suddenly saw symmetry in those recorded lines, with the mid-ocean ridge as the center point. “It was like being struck by lightning,” he said.

That symmetry was the smoking gun that confirmed the theory of seafloor spreading and set the stage for our understanding today of plate tectonics.

At the time, however, these were highly debated theories. Many people believed that the Earth’s crust was fixed in place."

Fifty years ago, Lamont students and sediment cores played an integral role in proving the theory of seafloor spreading. Get the full story here, http://www.ldeo.columbia.edu/news-events/walter-pitman-smoking-gun-plate-tectonics.

When the Sahara Turned to Sand

The Sahara wasn’t always a desert. Trees and grasslands dominated the landscape from roughly 10,000 years ago to 5,000 years ago. Then, abruptly, the climate changed, and north Africa began to dry out.

Previous research has suggested that the end of the African Humid Period came gradually, over thousands of years, but  a study  published last month in Science says it took just a few hundred. The shift was initially triggered by more sunlight falling on Earth’s northern hemisphere, as Earth’s cyclic orientation toward the sun changed. But how that orbital change caused North Africa to dry out so fast–in 100 to 200 years, says the study–is a matter of debate.

Two feedback mechanisms have been proposed. In the first, as the climate gets warmer and drier, trees give way to sparser vegetation, making the now barren region warmer and drier, causing more vegetation to wither. The explanation favored by the authors–climate scientists Jessica Tierney, at Woods Hole Oceanographic Institution, and  Peter deMenocal , at Columbia University’s Lamont-Doherty Earth Observatory–is that shifting sea-surface temperatures in the Indian Ocean reduced rainfall over east Africa.

The study puts the dawn of the Egyptian state, at about 5,000 years ago, into context and suggests that feedback mechanisms could cause similar rainfall switches in north Africa and other regions as humans continue to heat the planet. “It’s evidence that climate doesn’t respond gradually to gradual forcing,” deMenocal  told The Atlantic .

The study is also one of the few climate reconstructions to have come out of the region recently. One of the crucial sediment cores was recovered in 2001 aboard a Dutch research ship in the Gulf of Aden a couple of months before the Sept. 11 terrorist attacks, just before a major surge of terrorism, political unrest and piracy largely placed the Horn of Africa off-limits to scientists.

Even then, pirates were already a danger, deMenocal explains in the video above. Lamont’s own research ship, the Maurice Ewing, had been attacked with rocket-propelled grenades a few months before. To avoid detection, the captain shut off the ship’s radar, radio and navigation lights as they sailed along the coasts of Somalia and Yemen. By fax, the ship received updates of known pirate attacks, some near sites they had planned to core. But they got their core and eventually docked safely in Egypt. 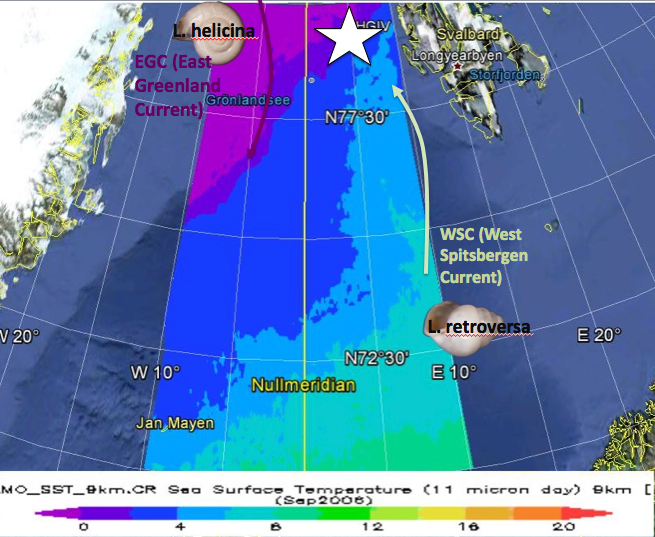 Since the industrial revolution, burning of fossil fuels has caused atmospheric CO2 concentrations to steadily increase. Two CO2 induced stressors currently challenge the Ocean's Surface Waters: Ocean Warming and Ocean Acidification. Both of these have especially strong effects in high-latitude surface waters, such as the Arctic Ocean, where the rate of warming is nearly double the global average. Furthermore, high CO2 solubility due to cold surface waters leads to an increased uptake of CO2, changing the carbonate chemistry of the ocean. The associated decrease in the oceans pH is is referred to as "Ocean Acidification". This can have severe consequences for marine organisms, especially for calcifiers, who produce chalky structures (e.g. corals in reefs). Pteropods are snails living in the open ocean and are also called "sea butterflies", since they have wings enabling them to "fly" through the oceans. They produce their shell out of a special form of

chalk, which is extremely susceptible to Ocean Acidification. As they form a major dietary component for zooplankton and higher predators (e.g. whales), they are key components of high-latitude ecosystems. The calcium carbonate ("chalk") produced by marine calcifiers is a source of information for paleoceanographical studies. The environmental conditions (temperature, salinity, ocean carbonate chemistry, etc.) under which the calcium carbonate has been formed are recorded in its geochemical composition (e.g. trace metal concentrations). This is especially interesting to researchers, since fossilized shells buried in the oceans sediments can then be used to extract information about past climates.

In this study Dr. Keul analyzes the geochemical signal of Ocean Acidification and Warming in the shells of Arctic pteropods during the last decade, a time period which has seen the most rapid and drastic change in Ocean Chemistry and Temperature in the Arctic (temperature has increased 0.8 °C). Pteropods were obtained from a 13-year sediment trap series located in an unique location in the Arctic, were both warmer, North-Atlantic waters as well as colder, Arctic waters are brought into. Two different species of pteropods, Limacina helicina (Arctic) and Limacina retroversa (North Atlantic) are present in these sediment traps. Dr. Keul is using a special setup, where a laser is used to drill small holes into the shells. The material extracted is then analysed for its geochemical composition, which will then tell us something about Ocean Acidification and Ocean Warming from a pteropod perspective. 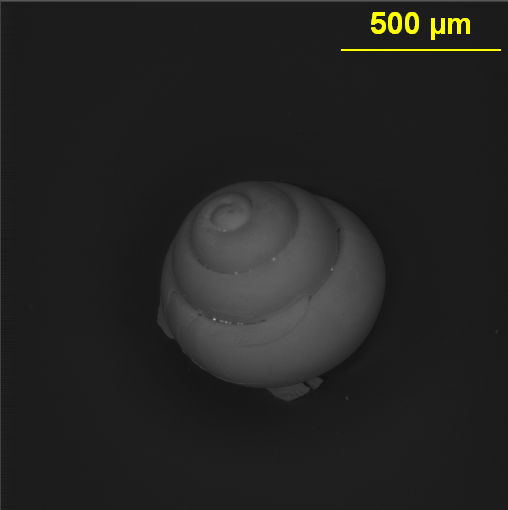 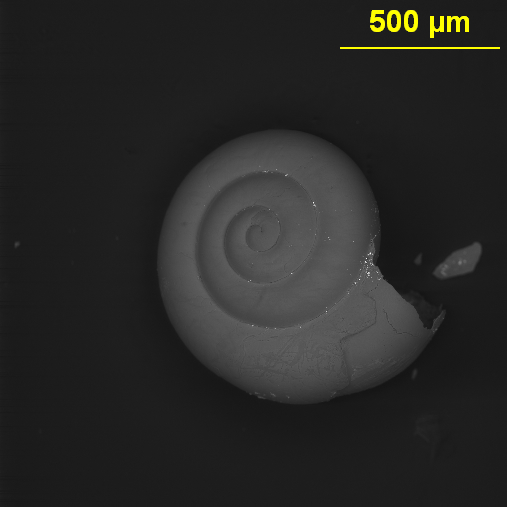 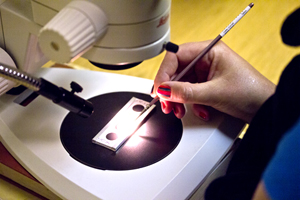 Recent DEES Ph.D. graduate Jenny Arbuszewski based her thesis work on a collection of sediment core-top samples from the Lamont-Doherty Core Repository. Using decades-old cores from a meridional transect in the tropical to subtropical Atlantic Ocean, Jenny and colleagues analyzed the Mg/Ca ratios and δ 18 O composition of the shells of the surface- dwelling planktonic foraminifer, Globigerinoides ruber (white). The Mg/Ca ratios of this species’ shells are often used as a proxy for sea surface temperatures. They discovered that the Mg/Ca ratios for these samples were significantly elevated above expected values in the saltiest regions of the study area. In a 2010 Earth and Planetary Science Letters  paper, found here , Jenny and coauthors explain how this implies a significant, and previously unrecognized, influence of salinity on shell Mg/Ca content and provide a new calibration that takes into account this effect. Understanding this effect is important because it influences the accuracy of past temperature estimates.

Jenny is now a NOAA Climate and Global Change Postdoctoral Fellow at the Woods Hole Oceanographic Institute and plans to continue to look into the influences of salinity on shell Mg/Ca as a part of her post-doctoral work, in addition to several other projects. You can read more about Jenny's work here or contact her directly at jarbuszewski@whoi.edu .