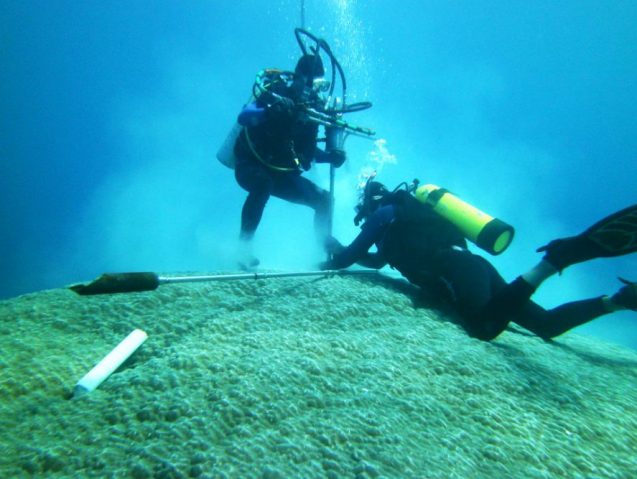 Two Columbia alumni, who are also brothers, are jointly giving $2 million to the Center for Climate and Life, a research initiative based at Columbia University’s Lamont-Doherty Earth Observatory.

The donation from Dirk Ziff (CC’88) and Daniel Ziff (CC’96) will support research on climate change impacts, ocean health, and adaptation. It is the first unrestricted gift of this magnitude to the Center and the largest such gift to Lamont in over a decade.

“The work at the Lamont-Doherty Earth Observatory has never been more important, and as Columbia University graduates, we are proud that the leading Center for Climate and Life is within our University,” Dirk and Daniel Ziff said. “We know Peter personally and are confident that the funds will be put to very good use under his direction.”

The unrestricted funds will provide crucial salary support for researchers and allow the Center to continue its success in retaining and recruiting talented scientists. Funds will also be used to fast-track innovative high-risk, high-reward projects aimed at delivering science-based solutions to address the challenges of climate change.

“It’s hard to overstate just how meaningful this gift is,” Peter de Menocal, director of the Center for Climate and Life, said. “It’s a powerful show of confidence for the Center’s mission, our scientists, and our commitment to leading the way to a better future.”

More than 120 Columbia University Ph.D.-level scientists are affiliated with the Center for Climate and Life. Their interdisciplinary research examines how climate impacts resources essential for human sustainability: food, water, shelter, energy, and health.

A goal of the Center is to accelerate the knowledge needed to guide action on climate issues. Its scientists are working to understand changes in the security of global food and water supplies; address threats to shelter posed by extreme weather events and rising sea levels; advance understanding of ocean health and marine food webs; and developing new carbon management and renewable energy solutions.

The Ziff gift will help the Center for Climate and Life achieve its goal of becoming a self-sustaining research engine providing stable research support for scientists. Together with initial seed funds from Columbia and this new gift, the Center has raised $10.7 million in support of scientists and their research.

Unrestricted funds, such as those provided by the Ziff family, are a lifeline for science and for scientists, especially talented early-career researchers. Declining federal research support has reduced funding for fundamental science, and ocean and climate science research has been particularly hard hit.

The Center is helping to bridge the federal funding gap and accelerate urgent climate research at Columbia University. To date, it has granted $3.1 million in research awards to scientists affiliated with the initiative, awards that led to those researchers receiving an additional $9.5 million in external agency and foundation funding.

The Center’s ability to carry on this scientific legacy is made possible through the continued support of donors who are committed to helping the Center mobilize scientists and accelerate the pace of discovery.

“With this gift, the Ziffs have helped to ensure the long-term stability of the Center for Climate and Life and the innovative scientists at Lamont and across Columbia University that the Center supports,” said Sean Solomon, Lamont’s director. “As a result, this Center’s bold goal to solve some of the most important problems faced by society is substantially closer to being successfully achieved.”