8 Meaningful Actions You Can Take This Earth Day 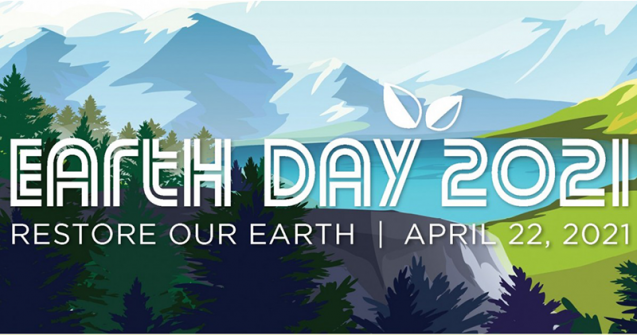 As the impacts of climate change are speeding up, the frequency of extreme weather events and natural disasters is soaring. Every summer, there are destructive wildfires in California and the Himalayas, or heatwaves in Europe, or record floods in East Africa and South Asia during monsoons.

This year’s Earth Day theme, “Restore Our Earth,” urges us to realize that after enduring multiple lockdowns globally, we cannot go back to pre-COVID business as usual.

Many argue that their individual attempts to reduce their carbon footprint might be too insignificant to matter. After all, 100 corporations emit 70 percent of the world’s greenhouse gases into the environment, according to a Carbon Majors report in 2018.

But over time, changes in individual behaviors can spur systemic changes for a green economy, said Steve Cohen, a professor in the practice of public affairs at Columbia University’s School of International and Public Affairs, and director of the Earth Institute Research Program on Sustainability Policy and Management.

While an increasing number of people are growing aware of their carbon footprint, most of us are still grappling with the challenges of making lifestyle changes. It’s daunting to change your daily habits and routines to make way for more environmentally sustainable activities.

“The best way to empower people to take control and reduce their carbon footprint is to use this year’s Earth Day to figure out where they have been spending the most carbon before and during the pandemic,” said Robin Bell, a research professor at Columbia’s Lamont-Doherty Earth Observatory.

“Reflect on what you can do individually and come up with a plan based on that. Then, push the institutions you’re part of [to consume less energy and plastic],” added Bell. “My goal would be to get people to move towards permanent action, and not just for one day.”

While you are conducting a carbon audit on an individual level, here are 8 actions you might take up in your day-to-day life to help restore our planet.

1. Cut down on online shopping 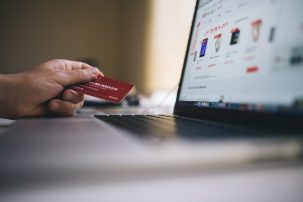 Online shopping may be convenient, but buying locally is typically better for the environment. Photo: Negative Space/Pexels

A mere click of a button and you get your shopping items delivered to your doorstep within a day or two. And the best part is, this entire process requires zero contact with another human being. But think twice before ordering items online that you could buy at your neighborhood store.

Online orders require thousands of freight trucks running on diesel to deliver packages across the country, rather than dropping off a single package at a store that can serve dozens or hundreds of shoppers. Inevitably, this results in high amounts of carbon emissions. According to the National Capital Region Transportation Planning Board, the average American annually creates demand for around 60 tons of goods that need to be transported from one place to another.

To cut down on that footprint, you can shop locally, planning trips to nearby retail stores and picking up multiple items in the same trip.

2. Cut down on your beef consumption

The average American eats about a pound of beef every week. As a consumer, you could help in making the U.S. beef industry more environmentally sustainable by simply cutting down your beef consumption to half a pound per week instead, according to Maureen Raymo a paleoclimatologist at Columbia’s Lamont-Doherty Earth Observatory and an advisor for Hold the Beef.

Instead of beef, consider switching to chicken, eggs, pork, beans, or tofu to reduce your carbon footprint. “If you’re eating something lower down in the food chain, it’s not quite that big impact,” explained Bell. 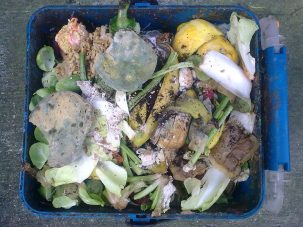 About a third of all of the food that’s produced never gets eaten. Photo: Nick Saltmarsh/Flickr

Around 30-40 percent of food that’s produced goes to waste, according to the Food and Agriculture Organization of the United Nations (FAO). That accounts for 8 percent of all greenhouse gas emissions. And the biggest proportion of food waste — about 37 percent — happens in the home, according to the Washington Post.

“Freeze any excess food or eat it the next day instead of throwing out any leftovers,” suggests Bell. “Remember what portions you normally eat while ordering. Also, communicate with the restaurants you go to that you need smaller portions.”

4. Learn how to compost (or where to drop off compostable items)

Another way to reduce carbon emissions from food waste is to compost what you can’t eat. If you are new to composting and live in a city, you should first find out what support the city offers to compost, said Bell. For instance, in New York City, the GrowNYC Compost Program collects food scraps at drop-off sites in residential areas (although some sites have been suspended due to the pandemic).

While government-run composting programs in NYC have been struggling to take off since 2012, other U.S. cities like Seattle and San Francisco have passed laws that required residents to take part in composting.

5. Schedule an appointment to paint your roof white

Darker surfaces absorb more heat. Studies have shown that painting rooftops white can nullify this effect. Instead of heat getting absorbed and retained within the building or house, the sun’s rays are simply reflected.

This simple technique can reduce the temperatures within your home by up to 2 or 3 degrees Celsius — which translates into energy and cost savings.

White roofs can also help combat the urban heat island effect. In New York City, it has been mandatory for new buildings to have 75 percent of the roof area covered with a white coating since 2008. 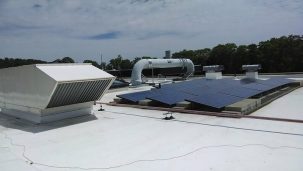 If your apartment building or house still has an unpainted or dark roof, schedule an appointment to paint it white.

“For those who do not have access to roofs, making sure that you’re buying renewable electricity is something that you can do on Earth Day,” said Bell. “You can find sustainable energy with a couple of clicks of a mouse if you aren’t doing it already.”

Investing in Bitcoin might seem like yet another option to diversify your portfolio and increase your savings, but think twice before considering this cryptocurrency.

Bitcoin mining — the convoluted process that involves decoding complex math problems for the creation of new bitcoins — is highly energy intensive. Researchers have found the amount of electricity required for mining bitcoins is far more than what entire countries like Ireland consume.

“If you have money to invest, whether it’s in your retirement portfolio, or elsewhere, make sure it’s following the Environmental, Social, and governance (ESG) principles,” added Bell.

The ESG criteria allow you to study every company’s environmental impact. Including factors such as energy use, pollution, waste management, and treatment of animals.

7. Clear out your inbox and delete old/unread emails

The carbon footprint of your emails is not inconsequential. The average office worker receives close to 121 emails every day. Out of that, at least half of them will go straight to the spam folder.

It is estimated that storing a year’s worth of emails can cause up to 0.66 tons of carbon dioxide. In comparison, the annual carbon footprint of an average Bangladeshi is 0.44 tons.

Delete all those unread promotional emails or other spam on this Earth Day, and dedicate some time every month to clear out your inbox. Something as simple as decluttering your inbox not only helps in de-stressing, but could also reduce your carbon footprint in the long-run.

Don’t let change end at your household or inbox. It is important to push your local government to take action, said Bell. You can find the right person to contact about climate change concerns through the Common Cause database. Write a personalized email including what actions you think the representative could take for environmental sustainability.

You could also consider getting involved in a local organization that shares your passion for the environment, so that you can start making a difference in your community as well.