The American Geophysical Union has announced its newest Fellows, and among the honorees are three Earth Institute affiliates. Two researchers are from Columbia's Lamont-Doherty Earth Observatory: climate scientist Richard Seager, Palisades Geophysical Institute Lamont Research Professor, and geochemist Sidney Hemming, Professor and Chair of the Department of Earth and Environmental Sciences and Deputy Director for Education at Lamont. Climate scientist Gavin Schmidt, an Earth Institute adjunct and director of the NASA Goddard Institute for Space Studies (GISS), is also among this year’s Fellows. The AGU, the world’s largest Earth and space science society, made the announcement on Thursday morning.

Earth Institute Director, Alex Halliday said “This is wonderful news. The American Geophysical Union is the world’s most distinguished geoscience organization, with more than 60,000 members.  To be made a Fellow is a huge honor bestowed annually on a very small fraction (0.1%) of the membership.  It is great to see that three of our amazing colleagues, associated with the Earth Institute, are among this year’s honorees.” 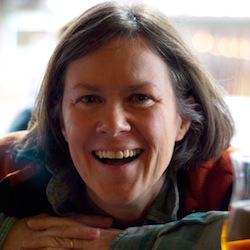 Sidney Hemming is an isotope geochemist who has studied the history of deglaciation and ocean circulation from ice-rafted debris. 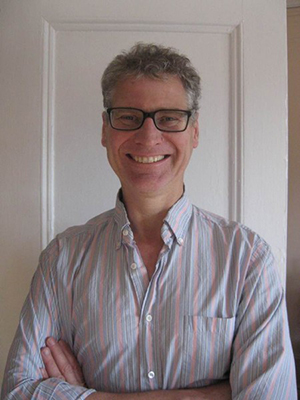 Richard Seager is famous for his work on climate change and its impacts. 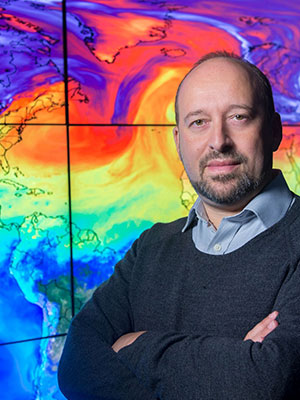 Gavin Schmidt is a leader in climate modeling and the many influences on the climate system.

“Election to fellowship in AGU is highly competitive, and it is terrific that two of Lamont’s scientists – and one of our Earth Institute colleagues – are being honored in the same year. For Sid, Richard, and Gavin, this recognition indicates that a broad committee of their peers across all disciplines in Earth and space science has affirmed that their research contributions have been important advances of high scientific impact,” said Lamont director Sean Solomon.

AGU officials say the honor recognizes researchers for their passion for scientific excellence and outstanding achievements, as well as contributions to the field and what their work has done to push science forward. They selected Sidney Hemming “for major contributions using geochemical and isotopic tracers for sediments to reveal geological processes and events through Earth`s history;” Richard Seager “for pioneering contributions in tropical climate dynamics and to understanding of precipitation variations and drought due to natural and human causes;” and Gavin Schmidt “for sustained excellence in climate research, innovative use of diagnostic data, and clear communication of climate change, past, present, and future.”

“Sid, Richard, and Gavin have each worked to unravel the secrets of how our planet works. The AGU fellowship highlights the important contributions they have made to Earth and space science,” said AGU president-elect Robin Bell. Bell serves as Palisades Geophysical Institute Lamont Research Professor and was elected an AGU Fellow in 2011.

“I’m honored to have been selected. I’m very supportive of the AGU as a society; they are at the vanguard of many necessary changes in academia and hopefully as a fellow I can help to support that agenda - as well as ensuring that the science that we do at NASA and Columbia remains at the forefront,” said Schmidt.

Seager said today, “It is a great to know that my colleagues and peers value my contributions enough to think me worthy of this honor.  I greatly admire and value their work and am thrilled that they, too, see how my own efforts have contributed to the advancement the science and knowledge that we all care so much for.”

‘We extend warm and heartfelt congratulations to all three of these truly great scientists and Earth Institute colleagues,” said Halliday.