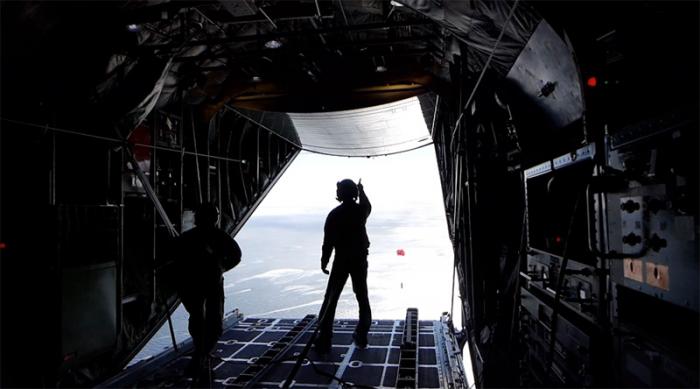 A metal tube packed with scientific instruments parachuted into the ice-cold waters of Antarctica’s Ross Sea on Tuesday, marking a new frontier in polar research. This ALAMO float and five others being deployed over the coming weeks are the first explorers of their kind to begin profiling the water adjacent to Antarctica’s Ross Ice Shelf and sending back data in real time. Their mission: find vulnerabilities where warmer (but still near freezing) water from the deep ocean may be seeping in under the ice shelf and melting it from below.

For the next year, the floats will be measuring the water temperature at all depths as they descend and rise every four days and are moved along horizontally by the currents. Each time they surface, they will phone home, relaying their latest measurements to a satellite, which then will beam the data to scientists around the world.

That information, paired with aerial surveys currently mapping the ice shelf and the sea floor beneath it, will help scientists assess the stability of the Ross Ice Shelf as they seek to understand how quickly Antarctica will lose ice in a warming world and what that will mean for sea level rise globally.

“As our planet warms, the polar regions are warming faster than anywhere else on our planet, and the ice sheets are changing. They’re melting and sliding faster toward the ocean, and global sea level is going up, and we expect that to go up faster as more of the ice melts,” said geophysicist Robin Bell, who leads a team from Columbia University’s Lamont-Doherty Earth Observatory involved in the ROSETTA-Ice Project that is launching the floats and conducting aerial surveys to study the Ross Ice Shelf.

“To be able to adapt to these changes, we need to understand how fast and how much sea level will go up in the coming decades,” Bell said. 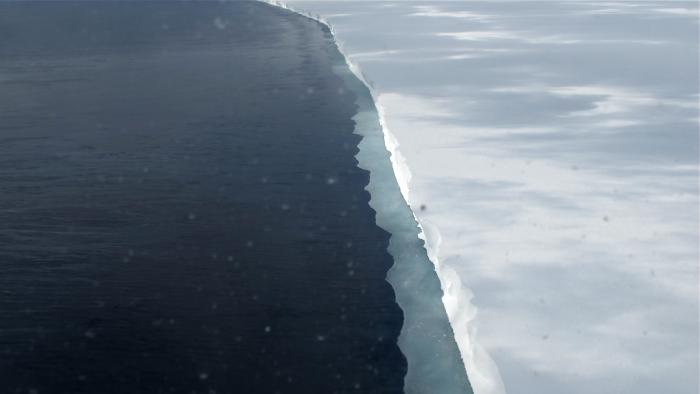 The Ross Ice Shelf is a vast expanse of floating ice nearly the size of Texas. To see it from the ocean, it looks like a massive ice cliff, towering some 160 feet above the surface and extending much farther below.

The thick ice serves as an important buffer, slowing the flow of glaciers and ice streams that carry ice from Antarctica toward the ocean. The value of ice shelves becomes clear when they disappear. After the smaller Larson B Ice Shelf on the Antarctic Peninsula broke up over a few weeks in early 2002, the glaciers it held back picked up speed, some flowing as much as eight times faster than before.

Ice shelves are vulnerable from two directions: warmer air above and warmer water below. Air temperatures have been measured for several years, but water temperatures are more difficult.

Bell and her colleagues in the ROSETTA-Ice Project have been flying transects across the ice shelf over the past two years, using the Lamont-built IcePod – a capsule of radar, lidar, and other instruments attached to a cargo plane – to map the floating ice shelf and the sea floor below it, looking in particular for troughs where less-cold water could be getting in and melting the ice shelf from below. They can locate high-risk areas, but they can’t measure the water temperature from the air. Deploying floats near these high-risk areas provides a low-cost solution.

(ROSETTA-Ice includes scientists from Lamont, Scripps Institution of Oceanography, Colorado College, Earth and Space Research, and New Zealand’s GNS Science. The project has received funding from the Gordon and Betty Moore Foundation and the National Science Foundation, among others.) 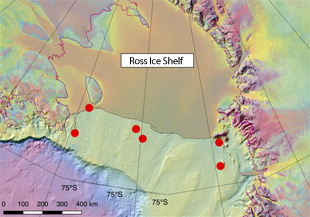 Travel plans for the floats

The ROSETTA-Ice team hopes their first deployment of buoys, made possible with support from the Old York Foundation, Scripps, and a crowdfunding project, will provide a map of water temperatures along the front of the ice shelf.

One float will target a current that should carry it on a path along the edge of the ice shelf.

“If that float makes it all the way across the front of the ice shelf, from that alone we could see where the less-cold water is getting in under the ice shelf and where cold water is coming out,” said David Porter, an associate research scientist at Lamont. By dipping to the sea floor and then rising again as the current moves it along, the float should capture a picture of how less-cold water reaches the ice shelf in a way that buoys moored to one location never could.

Another float will start farther out where less-cold water from the deep ocean can flow up onto the continental shelf and make its way toward the Ross Ice Shelf.

The ALAMO floats – ALAMO stands for air-launched autonomous micro observer – were first developed for hurricane hunters to be able to drop in front of a storm to measure the ocean temperature, which can help predict a storm’s behavior. Each is dropped from a plane in a special box that helps to cushion its instruments on landing, then dissolves. The air-drop capability is faster, more flexible in choosing locations, and saves significantly on ship costs.

An important part of the project with these and future floats involves connecting with schools. The floats, each named for an Antarctic seabird, are designed to send back data in almost real time when they surface. Porter, Lamont education coordinator Margie Turrin, and the other scientists are working with schools and using the float’s data stream to teach students about Antarctica and ocean currents. (Turrin is also blogging from Antarctica right now.)

The Ross Sea has been in the news recently for another reason: it is about to become the world’s largest marine protected area. In October, the government representatives who make up the international Commission for the Conservation of Arctic Marine Living Resources agreed to put about 600,000 square miles of the Ross Sea under special protections, effective in December 2017. The Ross Sea is home to penguins as well as shrimp-like krill that are a primary staple in the diet of whales and seals. 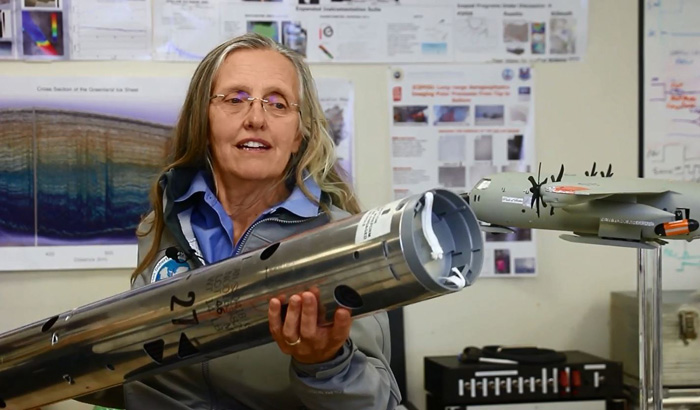