“The Fellows Program frees our scientists to think deeply and creatively,” said Peter de Menocal, director of the Center for Climate and Life. “With generous philanthropic support of basic science, we’re able to focus exceptional talent and resources to accelerate our understanding of climate impacts and solutions.”

The Center for Climate and Life Fellows Program empowers Columbia University scientists to pursue high-risk, high-reward research that furthers knowledge of how climate change impacts human sustainability. Established in 2016, the Fellows Program has awarded nearly $3 million in funding to scientists with the goal of driving scientific leadership and facilitating pioneering climate research.

Fellows are selected competitively through a peer-review process. Each Fellow receives funding at the level of one-third their annual salary for up to three years, with additional support for research travel and fieldwork.

The 2019 class joins a community of 11 Climate and Life Fellows working on a range of climate issues—from reducing the vulnerability of the global food system to understanding how the rapid decline of Arctic sea ice will impact North American weather extremes.

Here are the 2019 Climate and Life Fellows and their proposed research projects. 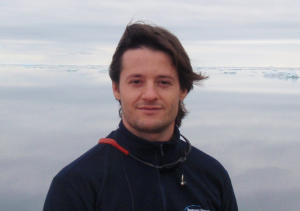 Melting of the marine-based West Antarctic Ice Sheet has the potential to contribute more than a meter to sea level rise by the end of the 20th century. The Amundsen Sea sector of this ice sheet may be in the early stages of an irreversible retreat; this sector of the ice sheet is grounded below sea level, making it highly susceptible to oceanic melting. But the rate of ice loss remains uncertain, leading to wide-ranging and often conflicting sea level rise forecasts. Dutrieux’s research will resolve some of this uncertainty using data obtained through new under-ice observations and methods to understand the ice sheet evolution and the near-term likelihood of unstable retreat. These findings will enable better predictions about how this melting will contribute to global sea level rise. 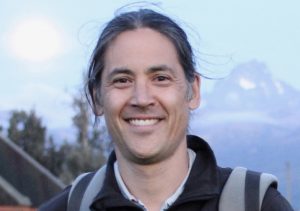 Historical changes in northern and Sub-Saharan African rainfall impact food security and water availability for more than 150 million people. Uno will look to the past to develop a better understanding of how populations have responded to large changes in regional rainfall. He’ll develop a detailed climate context for the archeological record of human occupation at Gobero, Niger—home of the oldest Saharan cemetery—a region where climate abruptly transitioned from wet to dry conditions nearly 5,000 years ago. Uno’s findings will reveal how climate transitions affected human settlement, diet, and abandonment, and can inform how different subsistence lifestyles influence population resilience to climate shifts. 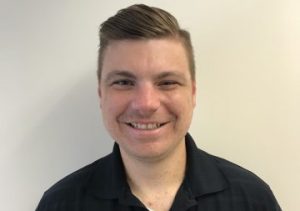 Sub-Saharan Africa is among the world’s most vulnerable regions to the impacts of climate change and air pollution, yet the environmental monitoring needed to develop solutions to these problems is lacking. Westervelt will deploy air pollution monitors to continuously measure pollutants such as fine particulate matter in three growing megacities: Kinshasa, Democratic Republic of the Congo; Kampala, Uganda; and Nairobi, Kenya. These represent the first measurements of air pollution in Kinshasa, and some of the first for Kampala and Nairobi. The resulting data will create detailed measurements of the anthropogenic agents that are responsible for air pollution-related climate impacts and enable local governments to take actions to protect human and environmental health and plan for a sustainable future.

Learn more about the Center for Climate and Life Fellows Program.