Climate Change, Seen through the Eyes of Scientists and Poet 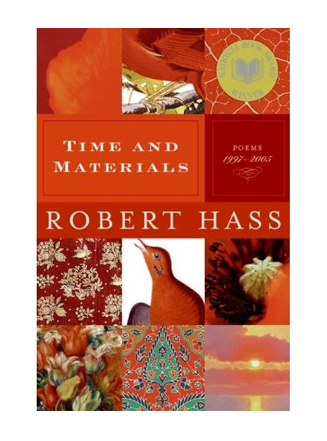 December 19, 2007 - Science at Columbia University’s Lamont-Doherty Earth Observatory is featured in three new books—not all in the usual nonfiction format. In addition to two journalistic works on climate change, there is Time and Materials, by Robert Hass, former poet laureate of the United States, which contains “State of the Planet: on the occasion of the fiftieth anniversary of Lamont-Doherty Earth Observatory. In it, Hass explores humanity’s efforts to understand the complexities of oceans, earth and skies, with climate as a central theme.

On the surface, the book most on top of the news is Fred Pearce’s With Speed and Violence: Why Scientists Fear Tipping Points in Climate Change. Pearce, a well-known science writer (When Rivers Run Dry; Turning Up the Heat) explores a growing unease among scientists that humans might now be tilting global climate into abrupt changes that will outrun even the most pessimistic scenarios in recent reports from the United Nations.

Much groundwork on the potential for such change has come from Lamont-Doherty and the Goddard Institute for Space Studies, which are both members of Columbia’s Earth Institute. Goddard’s director, James Hansen, speaks of “a slippery slope to hell” that climate could currently be heading down, due to manmade inputs of carbon dioxide to the air. However, the argument turns more complicated as Pearce visits with Goddard’s Drew Shindell and Lamont scientists including Wallace Broecker, Mark Cane, Peter de Menocal and Steve Goldstein among others. All offer differing, and sometimes competing, visions of what has driven known rapid climate shifts in the past, and what drive the next one. Among possible factors they cite: switches in ocean currents; thresholds reached in the stratosphere; changes in ultraviolet radiation from the sun; and the ways in which manmade greenhouse gases may multiply the above. All seem to agree on one thing: trouble ahead. As de Menocal says, the divide among various theories “is a slightly false separation. You cannot at the end of the day change one bit [of the climate system] without changing the other. They are all part of the same pattern, whether leading or following.”

Broecker, a seminal figure in climate studies, also shows up with Maurice Ewing, Lamont’s founding figure, in Dallas Murphy’s To Follow the Water: Exploring the Oceans to Discover Climate Change. Murphy is an experienced seaman--his 2004 Rounding the Horn is a firsthand account of that dangerous passage—and so has a strong feeling for the sea. He points out that it was Broecker who in 1987 coined the term “ocean conveyor belt” to describe a vast pattern of currents carryingheat from place to place, controlling climate in ways previously unconsidered. Some of Broecker’s ideas are still controversial—they were blown out of proportion in the popular film The Day After Tomorrow—but they serve as a powerful reminder that the oceans’ influences probably are not confined even to the three-quarters of Earth they occupy.

In a way, it is the poet who gets most poignantly to the heart of the matter. In 1999, the Earth Institute put on its first State of the Planet conference, which brought together world leaders to discuss major problems; it was also Lamont’s 50th anniversary. Hass, U.S. poet laureate from 1995 to 1997, was asked to produce a work for the occasion. He came up with “State of the Planet,” published now in Time and Materials for the first time in its full eight-page form.

The poem speaks to what we know, or think we know, about the planet, and what we are doing to it. Presciently, much of it is about climate change, which was not in vogue as a global issue then. “Poetry should be able to comprehend the earth./To set aside from time to time its natural idioms/Of ardor and revulsion, and say. … Something of the earth beyond our human dreams,” says Hass. For him, the ultimate climate change is in the geology of earth’s formation: “Stuff flung off from the sun, the molten core/Still pouring sometimes black rivers of black basalt/Across the earth from the old fountains of its origin/A hundred million years of clouds, sulfurous rain/The long cooling.” Today, he says, the influences on the air have shifted radically: “Emissions from millions of cars, idling like mine…making a greenhouse of the atmosphere.” And: “Topsoil: going fast. Rivers: dammed and fouled./Cod: about fished out.”

In the face of an uncertain future, Hass, is a bit like a geologist; he looks to the past for inspiration: “So easy, in imagination, to tell the story backward,/Because the earth needs a dream of restoration.”