Decades After the Oil Spill That Inspired Earth Day, Are We Prepared for the Next One? 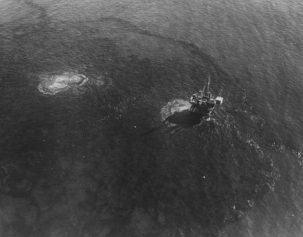 The year was 1969. A blow-out from Union Oil’s offshore platform just six miles from the city of Santa Barbara leaked an estimated 80,000 to 100,000 barrels of crude oil into the Santa Barbara Channel, killing approximately 3,500 sea birds and marine animals such as dolphins, elephant seals, and sea lions.

The devastating spill—which became known as the Santa Barbara Oil Spill—had a silver lining though: it spurred lawmakers, who were already inundated with public requests for environmental reform, to propose a new national day of awareness. The event that eventually became known as “Earth Day” was born in the spring of 1970 in the United States and today is observed in 192 countries.

But looking back at the historical Santa Barbara oil spill that led to Earth Day, have we gotten any better at preventing and tracking oil spills over the last five decades? Oceanographers at Columbia University’s Lamont-Doherty Earth Observatory who have studied oil spills for decades say yes, in some ways, but that much more progress is needed.

For starters, there is a desperate need for new technologies to assist in the prevention of spills, says oceanographer Andy Juhl. At the time, the Santa Barbara Oil Spill was the largest oil spill in United States waters, but it now ranks third after the 2010 Deepwater Horizon and 1989 Exxon Valdez spills. 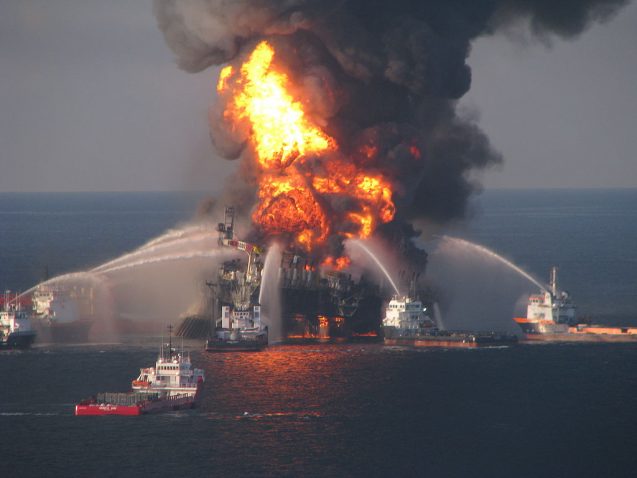 The Exxon Valdez oil spill occurred in Prince William Sound, Alaska, when an oil tanker owned by Exxon Shipping Company struck Bligh Reef and spilled 10.8 million gallons of crude oil. The Deepwater Horizon oil spill occurred in the Gulf of Mexico, when an explosion on a BP-operated oil rig caused the deaths of 11 people and gushed 210 million gallons of oil into the ocean. And, said Juhl, that’s just a fraction of the oil that has been spilled into the oceans. Although the big oil spills receive the most press, oil enters the oceans in many other ways, including naturally.

“Natural oil seeps occur anywhere there are hydrocarbon deposits on the ocean floor, and any place where there’s commercial oil extraction going on, you can guarantee that there’s going to be natural seepage,” said Juhl. “There’s a giant reservoir of stuff that is lighter than water that is stuck underneath the sediment. So, it finds its way up through cracks and fissures and escapes.”

Beyond natural oil seeps there are many other ways that oil gets into the ocean, he said. Every time we burn fossil fuels, soot and complex hydrocarbons are released into the air and then fall back down, eventually finding their way into the marine environment. Not to mention leaks from ocean exploration, industrial uses, ballast washing of ships, and oil leaks from cars which wash down the streets into storm drains and eventually enter the ocean.

“The dramatic spills are actually, in a grand sense, not the biggest source of oil in the marine environment,” said Juhl. “The bigger problem is actually the ten thousand little cuts as opposed to the gaping wounds that oil spills cause.”

Although Juhl stresses that more research is needed to prevent spills big and small, his area of expertise is in understanding how escaped oil moves through the water system and affects microorganisms living there. He and colleague oceanographer Ajit Subramaniam were part of a team that analyzed the effects of the 2010 Deepwater Horizon accident.

“There were many claims following the accident that the oil was released at the surface and that was it,” said Subramaniam. “But we found that there were subsurface plumes, some at depths greater than 1,000 meters deep, that transported the oil/gas mixture way farther from the site than was visible in the surface slicks and was really difficult to sample.” 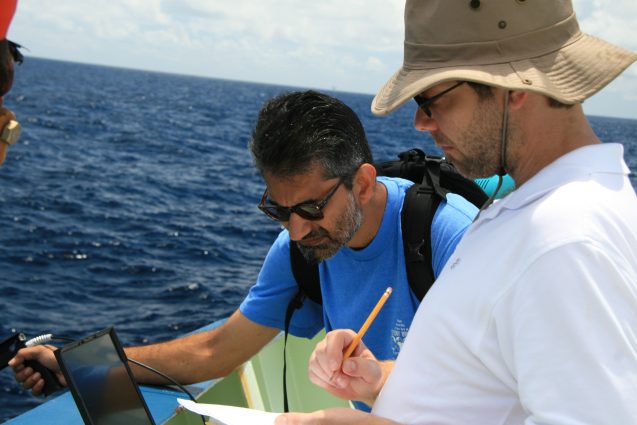 As biological oceanographers, Juhl and Subramaniam teamed up to study the Deepwater Horizon oil spill because of their mutual interest in the biology of phytoplankton — microscopic marine algae that serve as food for a wide range of sea creatures. The health of phytoplankton affects the health of everything that eats it, and everything that eats what eats it, and Juhl and Subramaniam wanted to know how the large amount of oil in the water was being handled by the phytoplankton. This involved trying to track the plume of oil from the accident at depth and trying to understand how deep sea water circulation would affect its movement.

“Not only could we not see the deep plume but our models of deep sea circulation were also not so good, and so we could not really predict where the subsurface plume was spreading very well,” said Subramaniam.

“It was like driving around the state of Pennsylvania (the size of the surface slick) in a car going 10 miles an hour (the speed of a ship) and it took four hours to get an answer to the question of where to go next (the time it took to send sensors to the ocean bottom and bring back on board),” said Juhl. “And we did not really have the right sensors to detect the oil—there were a few but not enough of them to really get a sense.”

The challenges in oil detection after the Deepwater Horizon accident identified gaps in technology and scientific knowledge that helped researchers and funding agencies identify where to invest in the future. At the time, though, clean-up efforts had to happen quickly, and so responders used multiple methods to try to contain the oil, including dispersants, containment, and removal. Federal response costs in the first two years, which was mostly reimbursed by BP, amounted to $850 million. Overall, BP is estimated to have spent more than $14 billion on cleanup costs.

Preparing for the Next Spill

Overall, there have been a lot of improvements in oil spill prevention and detection over the past 52 years, said Juhl and Subramaniam—an accomplishment that early Earth Day activists might find satisfying. First, the average consumer is more aware.

“It used to be that when people would change the oil in their car, they would routinely just dump it in a creek somewhere,” said Juhl. “People would justify it by saying that it would cut down on mosquitoes. But few people would do that now.”

Industry standards have improved too, said Juhl. Cars are built better to prevent oil leakage, and storm drains and industrial waste lines are designed so that if a lot of oil enters the system, it can be detected and removed. The oil industry has developed better practices for preventing leakages. But most exciting to Juhl and Subramaniam are the advancements that have emerged in ocean modeling and detection of oil.

“Some of the things that we’ve learned that are really critical are our ability to know where oil goes once it gets into the marine environment. We have much better modeling at the surface and subsurface level, on top of the recognition that subsurface flows are really important. We know about the key factors that control abiotic and biotic degradation of oil once it’s released. And I think there’s also a much bigger appreciation of the human impacts that go hand-in-hand with spilled oil,” said Juhl.

Still, the scientists say that much more research is needed in the next 50 years to protect our oceans. Considering the ocean covers approximately 71 percent of the surface of the Earth, it is shocking how little we know about it.

“The big improvements from the over $0.5 billion that was spent on research following the Deepwater Horizon accident has given us a much better understanding and ability to model the ocean,” said Subramaniam. “We have better sensors. The state of art on autonomous platforms has improved dramatically. But I suspect when (not if) the next Deepwater Horizon–type accident happens, we will still be confronted with a horribly under-sampled ocean that we don’t understand well enough for good predictions on the impact on ecological systems.”

To help advance the work of climate scientists and experts working on our most pressing issues, please consider supporting the Earth Institute and Lamont-Doherty Earth Observatory today. You can also learn more on our Earth Day website.