Dee Breger’s Microworld: ‘The Sublime Side of Science’ 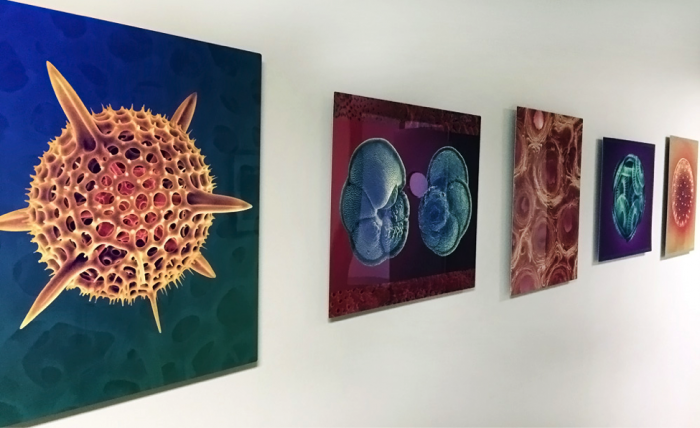 Gaze into the viewing screen of an electron microscope, and you slip into a world of living geometry, where the plates surrounding a tiny coccolithophore create an intricately armored sphere and the spikes of a radiolarian look like daggers. Dee Breger took us into that world through her photographs of objects too small to see with the human eye.

Breger, who passed away on Sept. 8, joined Columbia University’s Lamont-Doherty Earth Observatory as a scientific illustrator in 1964, just out of school at the University of Wisconsin with a degree in art. She helped secure federal funding for Lamont to purchase its first scanning electron microscope, then immersed herself in the technology.  Breger directed Lamont’s scanning electron microscope and X-ray microanalysis facility for 22 years while also participating in field expeditions to Antarctica, Siberia, and the world’s oceans.

She invited the world to explore her microscopic world in 1995 when her first book, Journeys into Microspace: The Art of the Scanning Electron Microscope, was published by Columbia University Press. A second book, Through the Electronic Looking Glass, came out the same year. Her photos have been exhibited in museums worldwide since then, including the Victoria and Albert Museum in London. 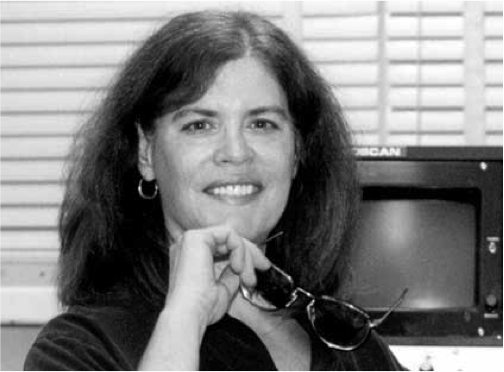 Breger called her images “the sublime side of science,” describing them as “intriguing, sometimes esoteric, occasionally exotic, even mysterious.”

Microscopy itself was an art, she explained in Journeys into Microspace. Two pictures of the same sample could look very different depending on how they were prepared and photographed.

Electron microscopes shoot a beam of electrons through electromagnetic lenses onto the surface of an object and collect the electrons that result.

“Though we experience the effect of direct observation, we are not even looking at the object we see,” Breger wrote. “Electron microscopy is indirect and so can be disorienting. It’s a matter of illusions echoing across dimensions, of technology-induced surreality. Of course, the microworld has always secretly existed parallel to our own, but before the first microscope began to be developed in the 17th Century, its intricacy was unimagined.”

The microscopes Breger worked with could magnify an item more than 300,000 times. She put that power into context this way: “At a magnification of 300,000, your thumbnail would appear as wide as Manhattan Island is in reality.” In her book, mosquito wings look like a seafloor garden, and you wouldn’t want to run into that wood tick. 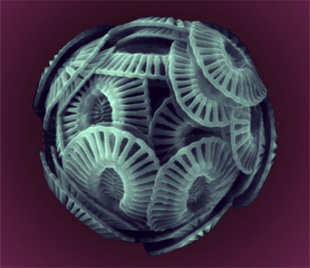 Lamont Special Research Scientist Enrico Bonatti, who worked with Breger on those and other projects at Lamont, described her as a perfectionist in all that she did.

She was courageous, independent, and both a buttoned-up scientist in the lab and a free spirit who raised chickens and loved to be surrounded by nature, Bonatti said. “She had a great spirit of adventure,” he said. He recalled how she learned the art of professional belly dancing with the same drive for perfection with which she approached science and art. During the day, she would be in her lab and laser-focused on her microscope work, then she would be in a ballroom that night with flowing dance attire for a performance.

“Dee Breger was professionally an artist with a keen sense of appreciation for the aesthetics and intricate composition of visual images,” said O. Roger Anderson, a Senior Adjunct Research Scientist at Lamont who worked with Breger during her career there. “When she happened to see some of the scientific images being published using modern high-resolution scanning electron microscopy, she was intrigued by their remarkable beauty and detail of information that could be visualized for the very smallest of objects.”

To secure funding for the scanning electronic microscope for Lamont, Breger found other users from medicine, manufacturing and other fields who would keep the lab busy for many years, Anderson said. 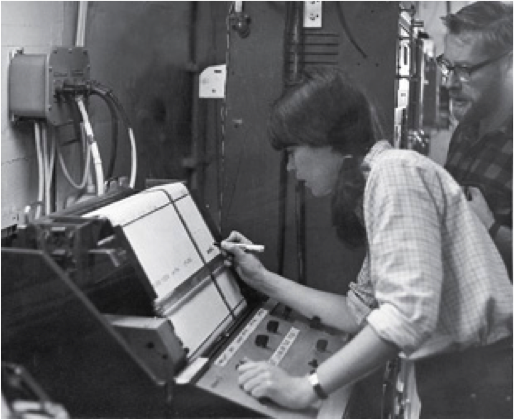 “She was a very highly respected member of our technical staff, and we all will miss her very much,” Anderson said.

Breger won several awards for her art, including from the National Science Foundation, recalled Dallas Abbott, who remembers how much fun traveling with Breger on fieldwork could be. Breger enjoyed research trips – even on the stormy Southern Ocean – and she loved animals and advocated for protection of the natural environment. Anderson recalls her arriving at the lab one day with “a remarkable wiggly motion in her sash around her waist. She opened a small pocket in the sash to reveal a very small baby squirrel, apparently no the less out of place than in its mother's nest. Dee nursed it to maturity before releasing it.”

After Lamont, Breger moved to Drexel University, where she served as Director of Microscopy for five years before retiring from academia in 2009 to return to her first love: art. She launched Micrographic Arts that year in Saratoga Springs, N.Y., where she lived until her death. She had been fighting leukemia. Breger is survived by her brother, Harry Breger, and sister, Lois Breger. Their father, Dave Breger, was also an artist who created the syndicated comic strip Mister Breger, which started as Private Breger and G.I. Joe.

In 2012, Dee Breger gave a TED education talk that takes viewers on an electron microscope journey into the human body. You can watch that talk and see some of her work in the video, below.