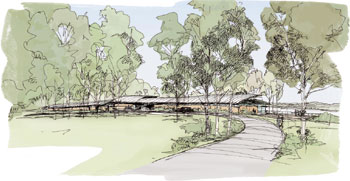 October 2: Jardetzky Lecture  Sallie W. Chisholm (MIT)   "Too Small to See, Too Big to Ignore: What Prochlorococcus Has Taught Me About Life and the Ocean"

October 30:  Dan Penny (University of Sidney) “Assessing Resilience of Past Societies to Climatic Change: The Case of Angkor’s 15th Century Collapse and Reorganization”

November 6:   Claudia Dreifus (The New York Times) "Why Scientists Are The Greatest People In This Or Any Other Universe and Why They Should Tell People About it?"

November 13:  John Delaney (University of Washington) "The Ocean Observatory Initiative: On the Threshold of Next Generation Ocean Science"

January 22:  Jack Williams (University of Wisconsin-Madison) "Climatic and Herbivory Controls on the Late-Glacial No-Analog Plant Communities of the Upper Midwest"

May 14:           Douglas Wiens (Washington University in St. Louis) "Antarctic Seismology: Constraints on the History and Dynamics of an Ice-Covered Continent"