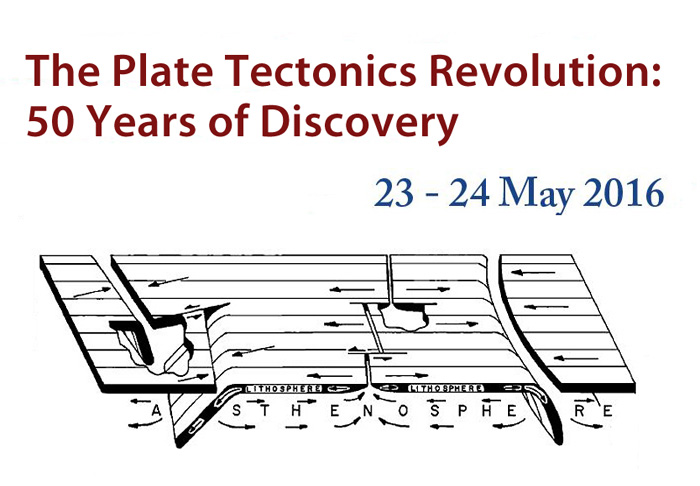 The Plate Tectonics Revolution at Lamont:

Join us for a two-day symposium to celebrate the 50th anniversary of the discoveries that launched the plate tectonics revolution and explore more recent advances in global tectonics and the questions that excite scientists today. The speakers include several pioneers in the development of plate tectonics theory in the 1960s. Many were students and post-docs at the time who were willing to challenge the ideas of the establishment. They provided powerful evidence that new sea floor was being created a mid-ocean ridges, that older sea floor was diving into the Earth's interior at the edges of continents, and that slivers of the ocean floor were sliding past each other in a direction opposite to what textbooks described at the time.

Walter Pitman, whose discovery of symmetry in the Eltanin 19 magnetic profile turned the hypothesis of seafloor spreading into accepted theory, will be attending the sessions. Bryan Isacks and Lynn Sykes, authors of the famous 1968 paper The New Global Tectonics, will be sharing their work and the excitement and sense of discovery that pervaded Lamont at the time. Other speakers include Xavier Le Pichon, who gave for the first time the paths that the continents had followed as the oceans opened, and Neil Opdyke, who showed that the pattern of Earth's magnetic field reversals seen in sea floor magnetic anomalies were identical to those recorded in sea floor sediments and in volcanic lavas on land. Tanya Atwater, who explained the complex geology of the Western United States with an elegant solution in which a mid-ocean ridge sliding into a subduction zone formed the San Andreas Fault, will be talking about plate tectonics and the continents.

On the second day, the podium passes to a younger generation of scientists, many of whom were students of those early pioneers. Terry Plank, Maureen Raymo, Peter Molnar and others will be discussing how plate tectonics determines much of the course of Earth science inquiry today and tectonics influences on climate, sea level, Earth's carbon budget, and human evolution. The speakers across both days will be challenging today's students and young scientists to launch their own scientific revolutions.

‹ Highlights from the Wally Broecker Celebration up OCP Research ›