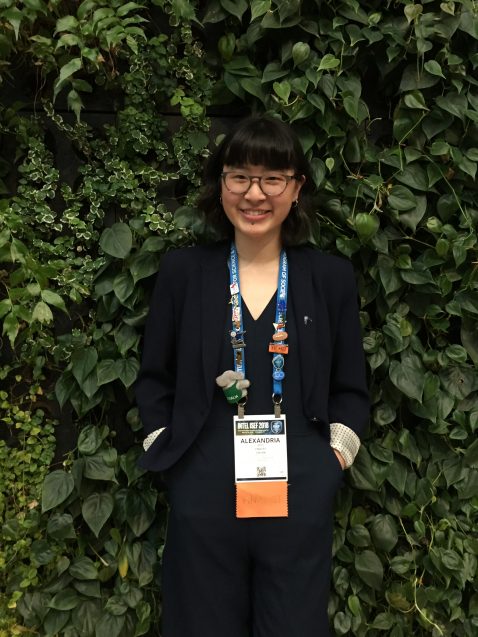 Each year, millions of high school students around the world participate in local science fairs for a chance to compete at the Intel International Science and Engineering Fair. During the 2018 competition last weekend, Alexandria Ang, former Lamont-Doherty summer intern and Bronx High School senior, won fourth place in the Earth and Environmental Sciences category. The honor includes a $500 prize. More than anything, the recognition is profoundly prestigious.

“Not only was it a huge honor to even receive an award out of this competition of thousands of kids, but it was also an invaluable experience,” said Ang. “The rumors you hear about this contest are true. I have met people from all over the world, and have personally connected with kids from different countries. The practice sessions were also really intense, but prepared me well.”

During the summers of 2016 and 2017, Ang interned with Lamont marine biologist Joaquim Goes, specifically studying the relatively recent proliferation of Noctiluca scintillans, the climate change-driven algae whose greenish blooms plague the Arabian Sea. Goes says Ang’s contribution to his research was significant.

“Alexandria’s experiments showed that Noctiluca grows faster under high CO2 conditions, and that future projections of an increase in atmospheric CO2 would favor organisms like Noctiluca over others,” explained Goes.

“I am very proud of her achievement, especially because she was pitted among 1500 of the smartest and brightest students from 70 countries,” he added.