On the Front Lines in Kilauea

News Subtitle:
Lamont’s Annual Report for fiscal year 2018, “Science on the Front Lines of Our Changing Planet,” is online now. It contains stories about Lamont’s latest year of exploration, invention, and innovation. Here is a highlight from the report:

In the early spring, volcanologists monitoring the ground around Kilauea, the most active volcano on the island of Hawai’i, noticed a significant increase in seismicity, a sign of an impending eruption. Meanwhile, in Palisades, New York, Lamont volcanologist Einat Lev was also watching developments at Kilauea closely, scanning United States Geological Survey (USGS) reports and keeping in regular touch with friends and colleagues directly tasked with monitoring volcanic activity.
Lev had a particular interest because of her prior experience at Kilauea, having studied the lava lake that has occupied the summit crater since 2008. Her fascination with this volcano came to a crescendo on May 3, 2018, when the anticipated eruption began. Lev started searching for a way to help response efforts and to place her team sufficiently close to the newly opened fissures to observe the developing phenomenon. It took her several days to lock down a plan, obtain a permit, and book plane tickets for herself and her two postdoctoral researchers. All of this she carefully orchestrated so as to serve as well the response team on the ground.
“I didn’t want to go there without coordination”, Lev said. “Obviously, they closed the region. I tried to work directly with the USGS, but they’re not allowed to work with anyone external, so I had to find other ways. I contacted colleagues at the University of Hawai’i-Hilo and learned they had a permit to go in. They are people I’ve worked with before, and since we all had the proper certifications and drone operational and field experience, they invited us to join them. When we heard that, we bought our tickets. I felt I really needed to be there.”
This expedition would lead Lev and her team to the front lines of an active, dangerous volcanic eruption, thrusting her into the center of the action and the news media spotlight. Lev’s first-person accounts and analysis made for lead stories across major outlets, including CNN, BBC, and NPR. Her descriptions brought home the immediacy of the situation. 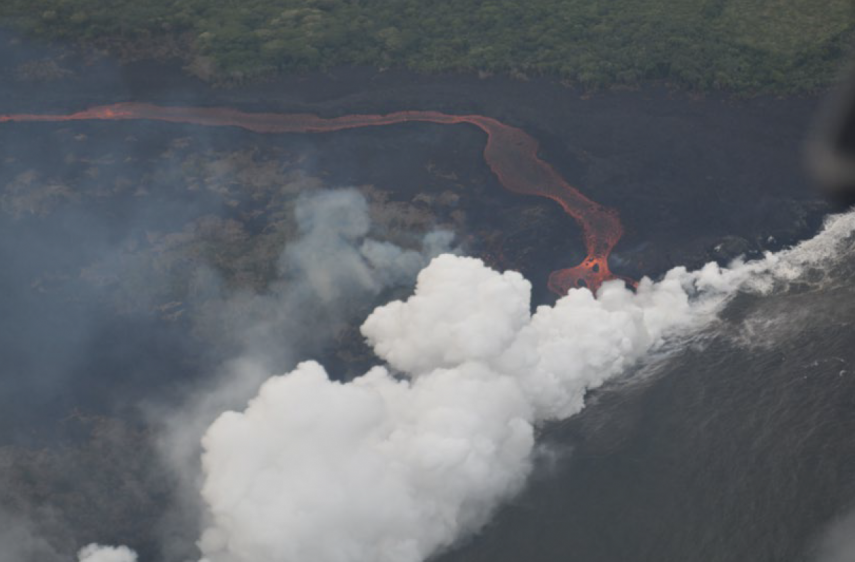 “Our volcanology team at Lamont-Doherty Earth Observatory is on-site to witness this historic natural event, and to be of service to the local authorities in their constant, exhausting chase to monitor the eruption and protect the public,” Lev wrote, while chronicling her activities on the scene.

Lev’s team was prepared to support the effort and offered both sophisticated drones and reinforcements to relieve the already exhausted UH-Hilo team, the USGS scientists, and emergency-response workers.

“We had brand new equipment. It was an opportunity for us to try it within the context of a dynamic event for the first time. Our drone has both a standard video camera and an infrared video camera. It was very helpful because the team in Hilo had similar equipment but not a single drone that could conduct both video and the thermal imaging at the same time. To get that coverage they needed two flights. Using our equipment was faster and more efficient,” added Lev.

“While we were not allowed to fly our drones ourselves, we could serve as the required flight observers, help with the setup and provide equipment, so the official responders could have a break. Our team helped reduce the load on them,” said Lev.

Ultimately, the eruption forced the evacuation of thousands of people. The lava flow consumed 700 homes. A series of as many as 18,000 earthquakes forced the closure of Hawai’i Volcanoes National Park, and lava haze (“laze”), spatter, and lava bombs became serious health threats. For volcanologists, however, the Kilauea eruption – more than 100 days long – was also an opportunity to study an enigmatic planetary process as it unfolded. 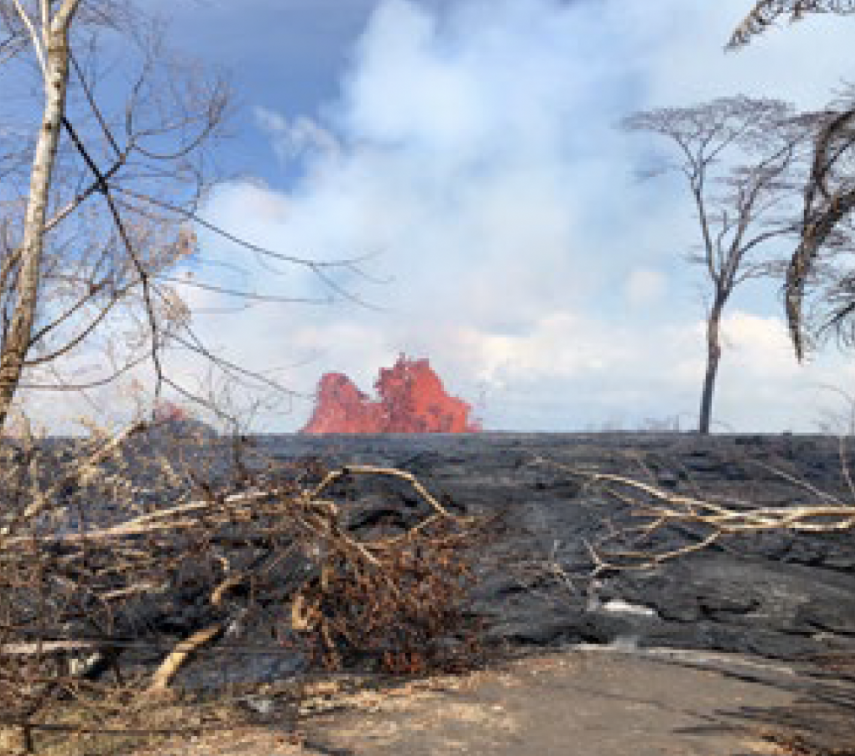 “For those of us grounded in the academic theory of what lava does and the physics behind lava flows, it was fascinating to see the response on the ground. We were part of it all, what the road crews have to deal with, what the fire crews have to deal with, how the community responds, and how people evacuate or don’t evacuate. Seeing all of this unfold and not just reading about it was really fascinating. People think lava moves slowly, that it’s not a rapid-response emergency. But actually, at Kilauea, things kept changing. Overall, 22 fissures erupted, and the active sites kept jumping around. The response had to be very dynamic. Many times I thought a fissure was done, but then it would start again. It was really about responding to what was happening,” Lev said.

Lev has been studying the science of volcanoes since her arrival at Lamont in 2009, but her work at Kilauea was revelatory for her.

“It’s different experiencing something with your body and your eardrum from thinking about it mathematically”, noted Lev. “It was definitely the most emotional connection to my subject that I’ve had…ever. For us that was the greatest benefit from going there, a chance to develop an intuitive connection to a subject we’ve long been studying from afar.”

Lev believes these observations and the ongoing sampling led by the USGS will inform volcanology, advancing science’s understanding, improving predictive modeling, and strengthening the case for a uniform methodology for responses to eruptions elsewhere. In the spring, during the weeks prior to the Kilauea eruption, she had been part of a cadre of volcanologists working on a proposal to the National Science Foundation to fund a data sharing and response coordination system. After her work on the front lines at Kilauea, she believes even more strongly that such a system is essential.

“The response was so complex at Kilauea, in the United States, a modern country with modern systems, and still there was room for improvement. This eruption and the response to it should serve as the model and a lesson for the future.” 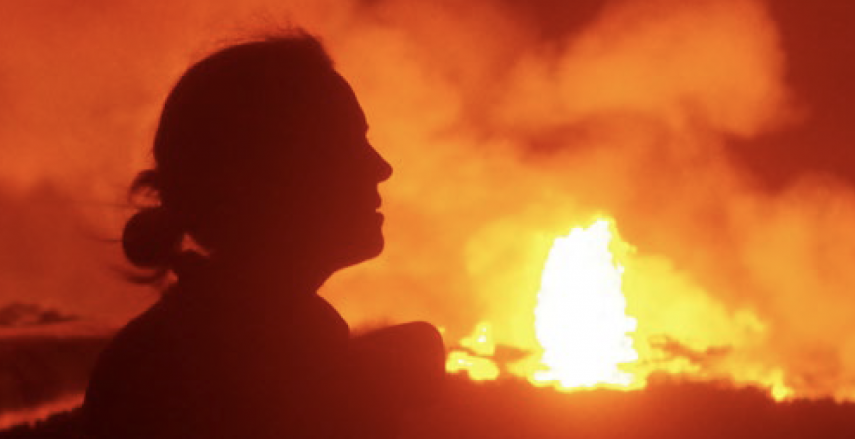