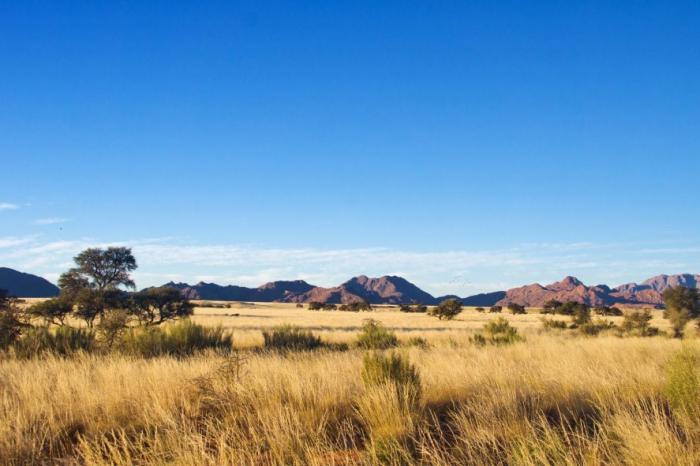 Rainfall patterns in the Sahara during the six-thousand-year “Green Sahara” period have been revealed by analyzing marine sediments, according to new research.

What is now the Sahara Desert was the home to hunter-gathers who made their living off the animals and plants that lived in the region’s savannahs and wooded grasslands 5,000 to 11,000 years ago.

“It was ten times as wet as today,” said lead author Jessica Tierney of the University of Arizona. Annual rainfall in the Sahara now ranges from about 4 inches to less than 1 inch (100 to 35 mm).

Although other research had already identified the existence of the Green Sahara period, Tierney and colleagues are the first to compile continuous records of the region’s rainfall going 25,000 years into the past that also captures the full north-south extent of these changes.

The team’s paper “Rainfall regimes of the Green Sahara,” was published in Science Advances on January 18. The David and Lucile Packard Foundation, the National Science Foundation and the Swedish Research Council funded the research.

Archaeological evidence shows humans occupied much of the Sahara during the wet period, but left for about a thousand years around 8,000 years ago — the middle of the Green Sahara period.

Other investigators have suggested the Sahara became drier at the time people left, but the evidence was not conclusive, said Tierney, who worked with deMenocal at Lamont as a postdoctoral fellow from 2010 to 2012.

Her team’s continuous rainfall record shows a thousand-year period about 8,000 years ago when the Sahara became drier. That drier period coincides with when people left, she said.

“It looks like this thousand-year dry period caused people to leave,” Tierney said.

“What’s interesting is the people who came back after the dry period were different — most raised cattle. That dry period separates two different cultures. Our record provides a climate context for this change in occupation and lifestyle in the western Sahara.”

Researchers had long known the Sahara was much greener in the past, but how much of the Sahara was wetter and how much wetter was not well understood, Tierney said. Although scientists can learn about past climate by examining ancient lake sediments, in the Sahara the lakes dried up long ago and their sediments have blown away.

Instead of lake sediments, Tierney and her colleagues used cores of marine sediments taken off the coast of West Africa at four different sites. Because the cores were taken over a north-south distance of about 800 miles (1,300 km) — from offshore Cape Ghir, Morocco to the northwest corner of Mauritania — the cores revealed both the ancient rainfall patterns and the areal extent of the Green Sahara. 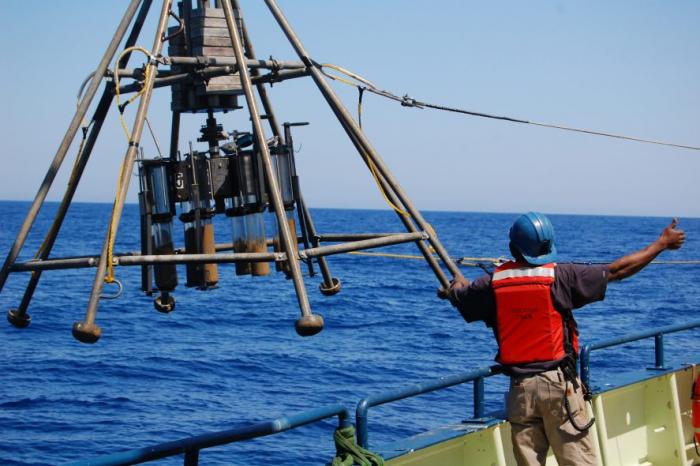 For terrestrial plants, the chemical composition of a leaf’s wax changes depending on how dry or wet the climate was when the plant was growing. Leaf wax also washes into the ocean and can be preserved in the marine sediments that are laid down year after year.

“The waxes record the climate conditions on land,” Tierney said.

By analyzing the leaf wax from ancient marine sediments, the team determined the region’s past rainfall patterns and also gathered clues about what types of plants were growing.

The team also wanted to know whether the conditions on land interacted with the atmosphere to affect climate, because most of the current climate models don’t simulate the Green Sahara period well, she said.

The amount of solar radiation the Earth receives during the northern hemisphere summer depends on where the Earth’s “wobble,” known as precession, is in its 23,000-year cycle.

There’s a feedback between vegetation, dust and rainfall, Tierney said. Right now the Sahara Desert is the planet’s biggest source of dust — but a vegetated Sahara would produce much less dust.

Co-author Francesco S.R. Pausata added more vegetation and reduced dust concentrations into a current climate model and found accounting for those changes improved how well the models replicated the amount of rainfall during Green Sahara and the dry periods.

“Getting a better handle on the important influence of the vegetation and dust feedback will help us simulate future climate change in the Sahara and Sahel,” Tierney said.

Adapted from a press release from the University of Arizona.