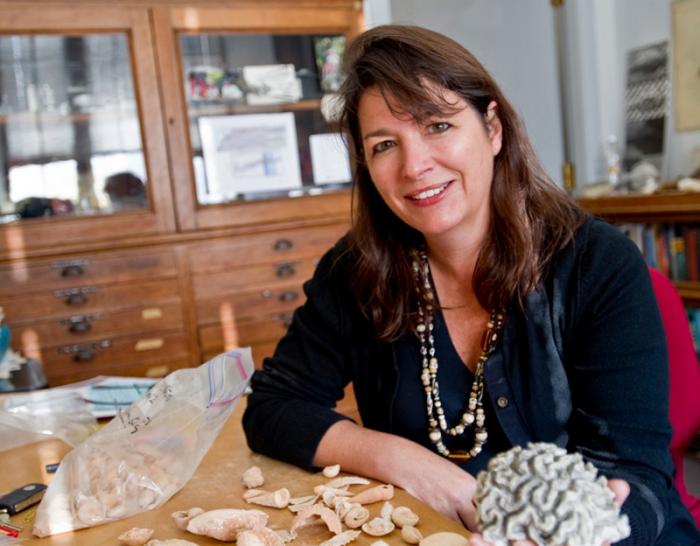 Maureen Raymo, a marine geologist and paleoceanographer whose name is connected with key theories about how ice ages wax and wane and how sea levels change, has been elected to the National Academy of Sciences, one of the highest honors awarded to engineers and scientists in the United States.

She is the 11th current scientist from Columbia University’s Lamont-Doherty Earth Observatory invited to join the Academy for their excellence in original scientific work.

Raymo’s curiosity about how the Earth works led her to explore many of the enduring mysteries of the ice ages, including what drove global cooling starting about 40 million years ago, why the timing of ice age cycles changed, and how their transitions occur. She has pioneered high-resolution data analysis, applied stable isotopes and geochemical tracers to help understand climates of past, and launched a mission to map historic sea level 3 million years ago when Earth was warmer than today.

The “uplift weathering hypothesis,” “the 41,000-year problem,” the “Pliocene sea-level paradox,” and “the Lisiecki-Raymo δ18O stack” – all fundamental to paleoceanography – stem from Raymo’s work.

Raymo knew her future was in ocean science from the age of 8, while watching Jacques Cousteau’s underwater adventures. Encouraged by her father, a physics professor who created a comic book about a marine scientist named Maureen to fuel her imagination, she pursued her dream, first at Brown University, where she discovered paleoclimatology as a college freshman, and then at Columbia, where she earned her Ph.D. in 1989. In 2011, she returned to Lamont, where she is now a Bruce C. Heezen  Lamont Research Professor and director of one of largest deep-sea sediment core repositories in the world. The Lamont-Doherty Core Repository includes records that have been critical to her work.

As a graduate student, Raymo drew international attention for the uplift-weathering hypothesis, which ties the cooling of the global climate over much of the last 40 million years to chemical weathering of exposed rock in the world’s mountains, particularly in the Himalayas. She and her advisor, William Ruddiman, and co-author Philip Froelich suggested that as the tectonic plates of the Indian subcontinent and Asia collided 40 to 50 million years ago and started pushing up the Himalayas, the newly exposed silicate rock surfaces were weathered by carbonic acid, created by carbon-dioxide reacting with groundwater. That reaction on steep slopes and during the heavy rains of the monsoons, extracts CO2 from the atmosphere, weakening the global greenhouse effect, according to the hypothesis, which continues to drive research today.

Raymo later began exploring the role of Earth’s orbit in the waxing and waning of ice ages. She used oxygen isotope records to show how excess ice builds up when the amount of solar radiation reaching 65° North latitude, which cuts through Alaska and northern Canada, is unusually low for more than a full 23,000-year cycle of the Earth’s wobble on its axis and that the glacial period ends when it rises. ln a 2006 paper in Science, while a research professor at Boston University, she suggested that Antarctica’s ice cover is more dynamic than previously believed, and that an increase in ice cover in the Northern Hemisphere at the same time melting was underway in the Southern Hemisphere could have altered the pace of global ice ages. “If our theory holds true, it is a cause for concern with regard to climate changes not associated with orbital patterns, as well,” Raymo said then.

With her coauthor on the Science paper, graduate student Lorraine Lisiecki, Raymo also published the LR04 stack, a stratigraphic timescale based on deep-sea oxygen isotope records that goes back 5 million years. The LR04 stack has provided a common timescale of paleoclimate work and a correlation target for ocean sediment cores, ice cores, and land records that have been collected worldwide. 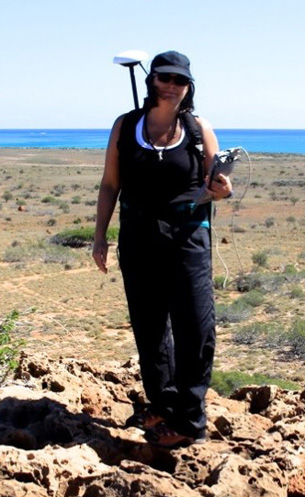 Raymo has also pioneered high-resolution data analysis for understanding climates of the past and led research expeditions on land and sea around the world. She launched the international PLIOMAX project – a team of geophysicists, ice sheet and climate modelers, and field geologists – to investigate global sea levels during the Pliocene. Using GPS and other instruments along coastlines around the world, she and her students are now mapping ancient shorelines to determine where sea level stood 3 million years ago, when global average temperatures were 1°C to 2°C warmer than today—a mark we could reach by 2100.

“Maureen Raymo’s election to the National Academy of Sciences is a wonderful recognition by the top scientists of this country of her many seminal contributions to paleoceanography and paloclimateology,” said Lamont Director Sean Solomon. “Not only has her scientific leadership over the past three decades been exceptional, she has an extraordinary ability to engage and inform the public on the importance of her work and that of her colleagues on all aspects of climate change and its impacts.”

Election to the National Academy of Sciences adds to a long list of honors for Raymo. She is a recipient of Fulbright and Guggenheim fellowships, a Fellow of the American Geophysical Union and the American Association for the Advancement of Science, and an Honorary Fellow of the Geological Society of London. In 2014, she became the first woman to receive the Wollaston Medal from the Geological Society of London in the 183-year history of the award. She also received the Milutin Milankovic Medal from the European Geosciences Union that year.

“She is one of the foremost and influential figures in the last 30 years,” said James Scourse, a marine geologist at Bangor University in Wales who nominated her for the Wollaston Medal. “Wherever you look, you can’t escape papers she wrote on some very important question.”