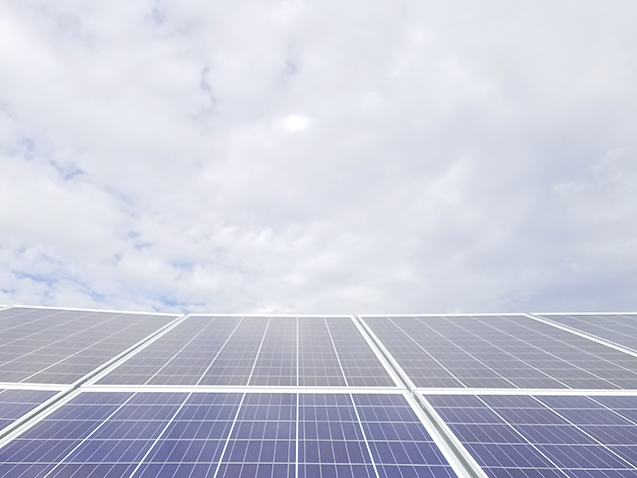 The Johnson Farm, a family operation passed down through several generations, sprawls out over autumnal red, yellow, and orange hills in Chester, New York. A 45-minute drive from Columbia University’s Lamont-Doherty Earth Observatory campus, it is a place of crops, cows, barns, and tractors. And now it is also a place of sophisticated clean-energy technology. Just past the cowshed and its 11 lowing inhabitants, a sleek, gleaming assemblage of photovoltaic panels covers an open field, stretching out in all its silicon glory.

This farm, along with the Cosh Farm in Minisink, New York, were commissioned by Lamont in an effort to slash the campus’ energy expenditures, which total more than $1 million per year. The project will also demonstrate that the esteemed climate research institute can “walk its talk” and reduce its carbon footprint with an environmentally responsible investment. 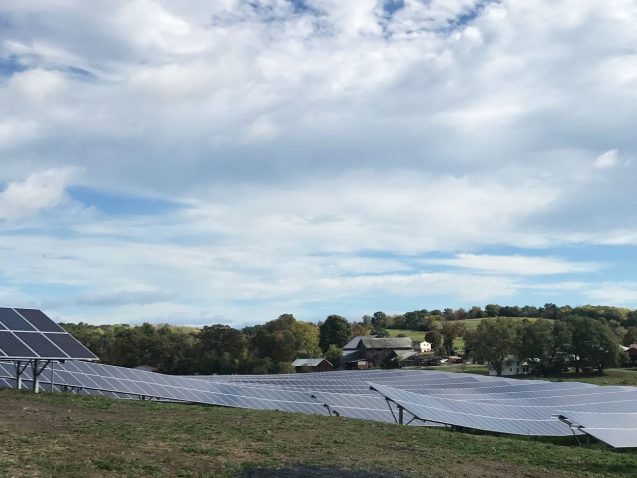 “We have a moral obligation to practice what we preach,” said Patrick O’Reilly, Lamont’s assistant director of facilities and engineering. “We’ve been interested in trying to curtail our greenhouse gas emissions for many years. A big chunk of the emissions is from our energy consumption.”

The solar farms will be completely constructed and ready to connect to the Orange and Rockland Utilities (O&R) grid by November 30. After O&R installs an electric meter and other necessary components to prepare the grid for this new power supply to come online in late winter, the Lamont solar arrays will generate two megawatts of electricity from each farm. The farms will supply enough power to meet 75 percent of Lamont’s electrical needs, cutting the campus’ carbon output by half and trimming its energy costs by as much as $200,000 per year.

AES Corporation owns the solar farms; to help fund their installation, Lamont has agreed to pay for every electron of energy they produce for the next 25 years. But the campus won’t receive the electricity directly. The energy from the solar panels will be uploaded to the electrical grid in Chester and Minisink, supplying local customers of Orange and Rockland Utilities. In turn, Lamont will receive a credit for the generated solar energy, which becomes a discount on the campus electric bill. This arrangement is known as remote net metering.

“Even a fraction of a penny difference in the rates adds up quickly to real money when multiplied by several million kilowatt-hours per year,” explained O’Reilly.

Each solar farm is 10 to 12 acres in size and is built on land leased from the farmers. By paying to rent the land, AES and Lamont are helping to sustain the farms. 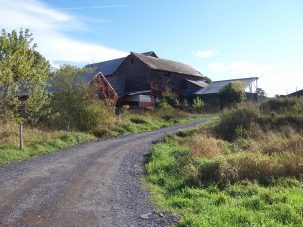 Orange and Rockland owns the utility lines and transports the energy from the local grid to Lamont. Siemens Industries designed the solar farms and put the project team.

Lamont’s solar commitment will play an important role in meeting the university-wide goal of reducing carbon emissions by 35 percent in the next three years. Columbia is part of a growing movement of colleges and universities striving to shrink their carbon footprints. In 2015 New York Governor Andrew Cuomo’s administration launched the Reforming the Energy Vision Campus Challenge, a program that has encouraged New York State’s colleges and universities to build clean, resilient, and affordable energy systems. The Cuomo administration has developed a policy aimed at requiring 50 percent of New York State’s electricity to be sourced from renewable energy sources by 2030. The New York State Energy Research and Development Authority (NYSERDA) has awarded nearly two million dollars in support of the Lamont project.

Lamont director Sean Solomon added, “Seventy percent of the carbon footprint of the Lamont Campus currently comes from our electricity usage, so developing these two solar farms is the largest single step we can take to reduce that footprint. We are grateful to New York State and our partners in the power industry for enabling us to pursue this investment in clean energy.”