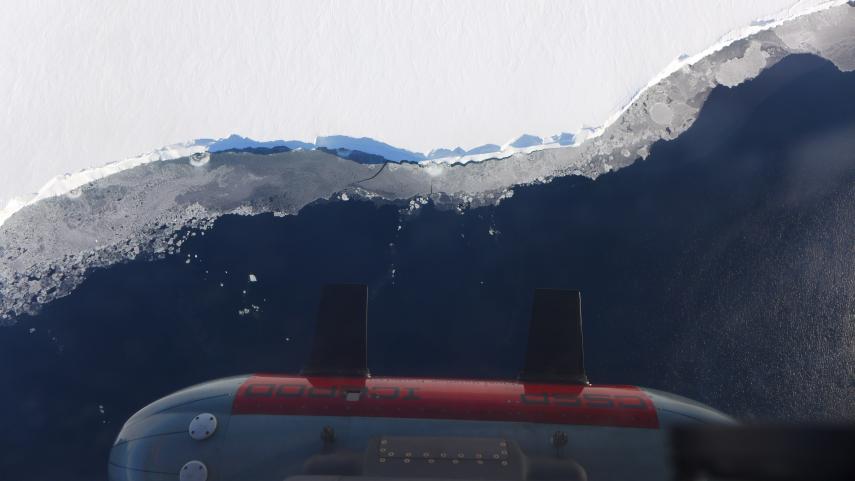 Antarctica’s ice locks up enough fresh water to inundate coastal regions around the globe. And the ice is on the move: The continent’s vast glaciers are sliding toward the coast and out over the ocean, forming huge ice shelves that in some places are collapsing. Researchers from the Lamont-Doherty Earth Observatory have spent the last two Antarctic summers flying over the massive Ross Ice Shelf, deploying a custom-made package of instruments to probe the ice. Their goal: to untangle the interactions between ice, ocean and land, to try and gauge the effects of warming climate.

Reporters from the New York Times went along on the last expedition. The newspaper has produced a three-part multimedia series on the project, highlighting the work of scientists Nicholas Frearson, Robin Bell and Kirsty Tinto. You can read and watch the stories at the Times’ site, here.

You can watch a video interview with Tinto about the project, and read a series of posts from the field written during the past season by Lamont’s Margie Turrin. For a look at the previous year’s research expedition, look here.