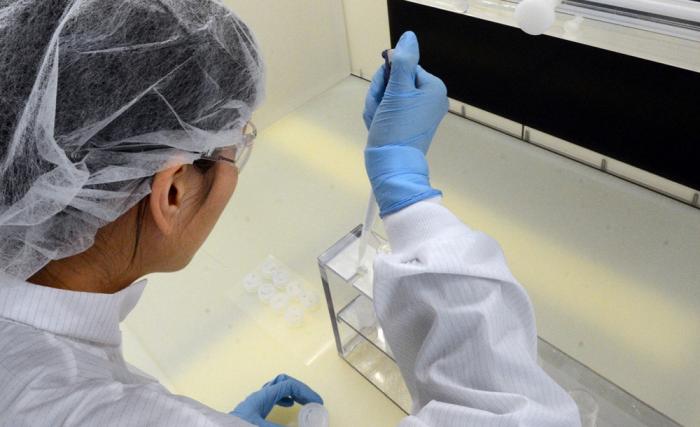 Letters of recommendation – critical to young scientists’ chances of being hired for postdoctoral research positions – may be disadvantaging women from the very start of their careers, and the professors writing those letters may not realize it, a new study suggests.

The study, published this week in the journal Nature Geoscience, analyzed the tone of recommendation letters submitted by individuals from over 500 institutions worldwide in support of applicants to a highly competitive postdoctoral research fellowship in the geosciences at a top-tier U.S. research university. The authors of the study found that women were only about half as likely as men to receive letters written in ways that portrayed them as excellent candidates rather than merely good candidates. It didn’t matter if the letter writer was a woman or a man, or from the Americas, Africa, Europe, or Asia; the results were universal.

The problem may be subconscious, and it reveals a large-scale, global trend that universities and geoscience groups such as the American Geophysical Union can start to address, the authors say.

“To be clear, we are not assigning blame or accusing anyone of being consciously sexist. We are all shaped by our biases; implicit biases surface in certain ways, and this may be one of them” said lead author Kuheli Dutt, Assistant Director for Academic Affairs and Diversity at Columbia University’s Lamont-Doherty Earth Observatory.

“The key thing here is to use these results to start meaningful dialogues on implicit bias,” Dutt said.

Implicit biases develop subconsciously from the beliefs and stereotypes that we hear and experience throughout our lives, and they can affect how we perceive others. Previous studies in other fields have found, for example, that women are more likely to be described in collective terms, such as “nurturing,” “diligent,” or “a team player,” while men are more likely to be described as “confident” or “dynamic.” For a field that is looking for leaders, these adjectives can make the difference in how a candidate is perceived, Dutt said.

Joan Williams, Director of the Center for WorkLife Law and a law professor at the University of California-Hastings School of Law who was not involved in the study, said: “This paper takes a crucial next step in pinpointing the processes through which implicit bias depletes the number of women in STEM fields.”

The new study is the largest international assessment to date of the tone of letters of recommendation for women compared with men in a STEM (science, technology, engineering, and mathematics) field, and the first in the geosciences.

Dutt and her co-authors from Columbia’s Teachers College analyzed 1,224 recommendation letters from 54 countries. They looked at the overall tone of the letter, guided by comments that would separate an applicant from being perceived as excellent rather than just good. Phrases such as “scientific leader,” “brilliant scientist,” “role model,” and “trailblazer” could boost a candidate into the “excellent” category. Phrases such as “highly intelligent,” “very productive,” and “very knowledgeable,” in the absence of additional information, tend to fall instead under “good.”

Of the 1,224 letters analyzed, 21 percent were in the “excellent” category. By gender, 15 percent of the 362 letters for female applicants put them in the “excellent” category, compared with 24 percent of the 862 letters for male applicants. The letters were submitted between 2007 and 2012, and the names of the applicants and recommenders were removed while the letters were categorized for overall tone. The analysis did not include other applicant qualifications.

The authors of the study found that Americans tended to write much longer letters, but length didn’t correlate with the applicant’s gender. They also found that the recommender’s gender and region made little difference in the tone. The difference was in the gender of the applicant.

“These results are consistent with widespread implicit bias. You want to have the best available talent pool in the geosciences, and if you consistently hold certain biases against a certain section of the available pool, you’re not going to get the best talent,” Dutt said.

Dutt encourages postdoctoral researchers to be mindful of these differences in letter tone and wherever possible, talk with their recommenders about the letters. She also encourages institutions to take ownership of the challenge and hold workshops and discussions to help faculty and staff become more aware of the possibility of implicit bias and think carefully about how they write recommendations letters.