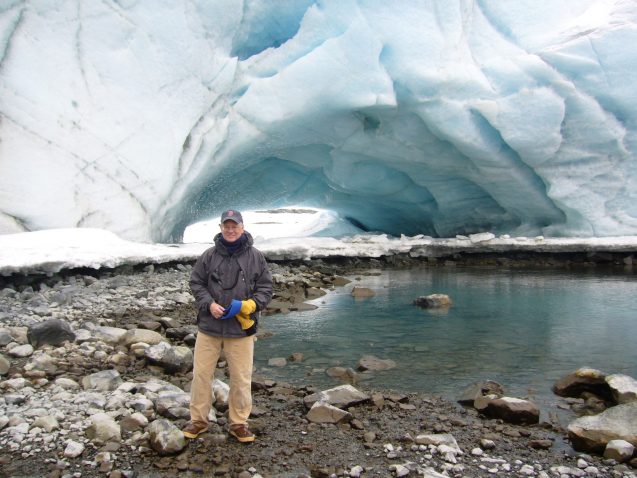 On Wednesday, January 31 at 1:00 p.m. EST, Hugh Ducklow, a Lamont-Doherty Earth Observatory biogeochemist, and his colleagues from Duke University and the Virginia Institute of Marine Science will take over the National Science Foundation (NSF) Twitter account and use it to discuss their research on Antarctic marine ecology.

The researchers will be talking with the public from Antarctica: They’re currently aboard the R/V Nathaniel B. Palmer, studying the marine ecosystem of the West Antarctic Peninsula. Their work is part of a long-term study of the region, the Palmer Station Antarctica Long-Term Ecological Research Program, funded by NSF, based at Lamont-Doherty Earth Observatory, and led by Ducklow.

The project examines the current state of the ocean ecosystem around the Antarctic Peninsula — and how it’s changing. Since 1950, air over the peninsula has warmed nearly 6°C in winter, making it one of the most rapidly warming parts of the planet.

Check out #takeoverNSF on Twitter to find out more about Ducklow’s research on Antarctic creatures, from whales to tiny, shrimp-like krill, the global significance of Antarctic ecology, and how the region’s wildlife is being impacted by climate change.

And watch the video below to see Ducklow explain how changes on the West Antarctic Peninsula are showing in the numbers and species of marine wildlife, particularly the native Adélie penguin.