News Subtitle:
Effect of Warming on Precipitation Has Been Masked by Natural Variability – So Far 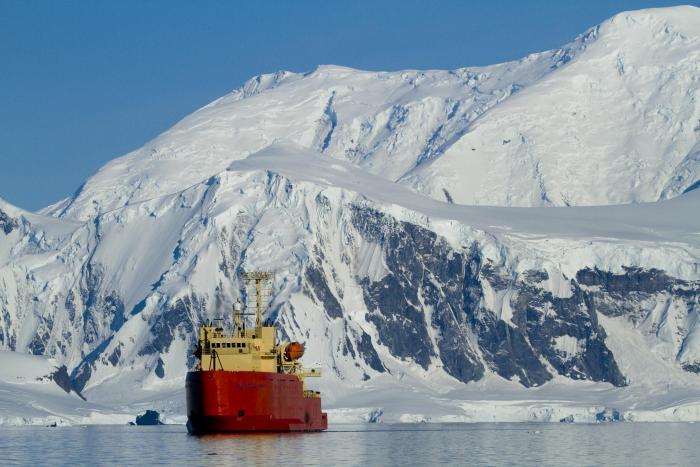 When Antarctica's air temperature rises, moisture in the atmosphere increases. That should mean more snowfall on the frozen continent. So why hasn’t that trend become evident in Antarctica's surface mass balance as climate models predict?

In a new study, scientists used historical records and climate simulations to examine that question. They found that the effect of rising temperatures on snowfall has so far been overshadowed by Antarctica’s large natural climate variability, which comes from random, chaotic variations in the weather. By mid-century, however, as temperatures continue to rise, the study shows how the effect of human-induced warming on Antarctica's net snow accumulation should emerge above the noise.

The expectation of more snowfall is something of a silver lining as temperatures rise. Global warming is already increasing sea level through melting ice and thermal expansion. The increase in snowfall over Antarctica could help reduce the amount of global sea-level rise by 51 to 79 millimeters, or about 2 to 3 inches, by the year 2100, according to the study. That would be a small but important benefit: the Intergovernmental Panel on Climate Change estimates global sea-level rise will be at least 10 times that by 2100 under the same high-emissions scenario used in the new study.

“Increased snowfall over Antarctica is the sole process connected to global warming that is thought to have a significant mitigating effect on global sea-level rise,” said lead author Michael Previdi, a Lamont Associate Research Professor at Columbia University’s Lamont-Doherty Earth Observatory. “While the magnitude of this effect is uncertain, it is likely that the balance of different processes determining Antarctica’s net contribution to global sea-level rise will be decidedly different in the future than it has been in the recent past.” 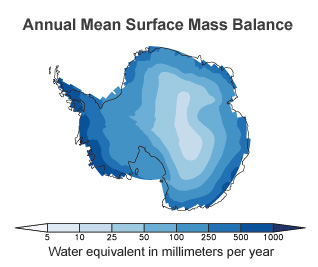 On a continental scale, surface mass balance is the difference between the amount of snowfall that accumulates on Antarctica and the amount of snow lost to sublimation. It affects global sea-level because the amount of water on Earth is essentially constant, so when more water is stored as snow or ice on land, less water is available to contribute to rising seas.

The models allow scientists to quantify both the human influence on surface mass balance and the influence of natural variability. The scientists found that from 1961 to 2005, global warming increased Antarctica's surface mass balance by 124 gigatons per year, smaller in magnitude than natural year-to-year variability, which was found to be plus or minus 126 gigatons per year.

When the scientists looked at all 35 models, 46 percent of the individual simulations showed a statistically significant trend in surface mass balance from 1961 to 2005, the year that most of the models’ historical simulations end. The likelihood of seeing a statistically significant trend in surface mass balance rises as the models forecast ahead in time. After 2015, the models cross a threshold where it becomes “likely,” with a 66 percent chance, that evidence of anthropogenic climate change will emerge in Antarctica’s surface mass balance. By 2040, it becomes "very likely," with a higher than 90 percent chance.

Previdi and Polvani repeated their analysis with different emissions scenarios and also considered surface mass balance trends starting in 1979 at the dawn of the satellite era. The analyses showed similar results, with the global warming signal “very likely” to emerge by mid-century.

“The apparent discrepancy between models and observations can be easily reconciled by considering the large surface mass balance variations generated naturally within the Antarctic climate system,” they write.