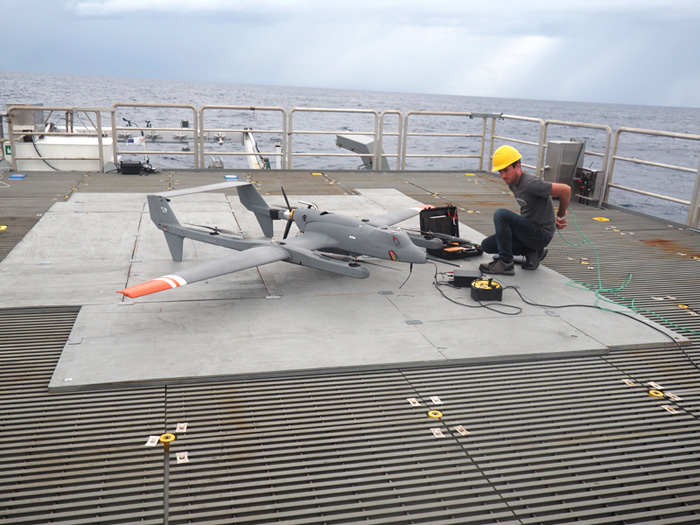 Led by oceanographer Christopher Zappa, the team from Lamont, the University of Alaska Fairbanks, and the Native Village of Kotzebue will research changing patterns of Arctic ice and other physical characteristics in Kotzebue Sound and the Chukchi Sea, using a combination of remote sensing technologies and indigenous knowledge.

Sea ice is integral to the way of life for Kotzebue’s predominantly Iñupiaq community, which relies on the marine mammals that inhabit the ice pack for food and maintaining strong ties to their culture, and the community will be deeply involved in the research.

“This project, highlighted today when the White House announced actions to protect natural and cultural resources in the Alaskan Arctic Ocean, is particularly significant not only because the focus of the research is so timely but also because it couples advanced sensing technologies carried by drones and indigenous knowledge of ice plus other environmental characteristics,” said Denny Takahashi-Kelso, program director for the Moore Foundation’s Marine Conservation Initiative. “The research will, from the beginning of research design, involve local experts who have sea ice experience.”

The local community has witnessed significant changes in the sea ice, including later sea ice formation, thinning, and earlier break-up, but large-scale field observations and sea ice modeling efforts have largely focused on higher latitudes near or within the perennial ice pack. As the Arctic ice pack transitions to a seasonal state, understanding the processes and changes taking place in locations such as Kotzebue, already within the seasonal ice zone, will offer critical insights. 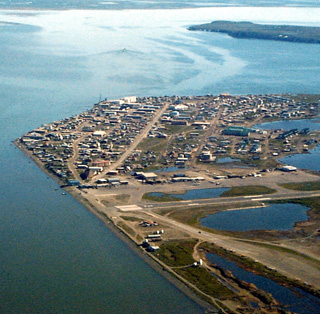 Zappa, who runs a UAS lab at Lamont, has been redesigning remote sensing instruments typically found aboard research ships or aircraft to conduct research in just this kind of environment. The drones’ range and maneuverability allow his teams to fly their instruments low over sea ice over a wide area that ships can't always reach while also avoiding interference from a ship’s heat and movement and significantly cutting costs. The result is unmatched data on sea ice movement and new insights into changes in the environment.

Using infrared cameras, for example, Zappa can measure ocean temperature in Kotzubue Sound and the Chukchi Sea to understand the ice-albedo feedback as melting ice opens patches of dark water that can absorb more energy from the sun and warm the water. Hyperspectral cameras can monitor phytoplankton blooms, which also absorb solar energy, to understand how the area’s biology is changing and influencing sea ice change.

Zappa expects to use both instruments, as well as lidar and a new radar system for measuring ice thickness, among other airborne instruments, during the four-year project in Kotzebue.

"Our approach to this project, in collaborating with the Native Village of Kotzebue, is to combine the indigenous community's traditional way of knowing with our scientific approach to understand the ice pack melt processes in the spring,” Zappa said.

The six-member research team, including an environmental specialist from the Native Village of Kotzebue’s environmental program and marine biologist Ajit Subramaniam from Lamont, plans to focus on four areas: spring melt processes and the retreat of the sea ice edge; biological processes in the retreat area; ice and ocean circulation in the sound; and the stability of landfast sea ice. A series of workshops with the community will help shape the questions they will seek to answer. The project has also received support through a Columbia crowdfunding initiative.

“The project will include the establishment of a locally run program to monitor sea ice growth and melt and a series of on-ice measurements to validate data collected from unmanned aircraft,” said Andy Mahony, an assistant research professor in geophysics at the University Alaska Fairbanks who is part of the research team. “This project will also tie into the Alaska Arctic Observation and Knowledge Hub (AOK), which is a broader network of community-based observations coordinated through UAF designed to monitor and understand the impacts of Arctic environmental change.”

Adapted from a press release from The Gordon and Betty Moore Foundation.