Gene Henry explains his team's discoveries in this audio interview.

There was a period during the last ice age when temperatures in the Northern Hemisphere went on a rollercoaster ride, plummeting and then rising again every 1,500 years or so. Those abrupt climate changes wreaked havoc on ecosystems, but their cause has been something of a mystery. New evidence published this week in the leading journal Science shows for the first time that the ocean’s overturning circulation slowed during every one of those temperature plunges – at times almost stopping.

"People have long supposed this link between overturning circulation and these abrupt climate events. This evidence implicates the ocean," said L. Gene Henry, the lead author of the study and a graduate student at Columbia University’s Lamont-Doherty Earth Observatory.

The impact of changes in the ocean overturning circulation on climate has become a hot topic today as global temperatures rise and melting sea ice and glaciers add freshwater to the North Atlantic. A 2015 study suggested that cooling in the North Atlantic may be due to a reduction in the overturning circulation, while a 2016 study suggested there had not been enough freshwater to have an effect.

The new study explores what happened to ocean circulation when the Earth went through a series of abrupt climate changes in the past, during a time when ice covered part of North America and temperatures were colder than today. It looks at the Atlantic meridional overturning circulation, which distributes heat as it moves warmer surface water from the tropics toward Greenland and the high northern latitudes and carries colder, deeper water from the North Atlantic southward.

Using chemical tracers in sediment that builds up on the sea floor over time, Henry and his co-authors were able to document the relative speed of the Atlantic meridional overturning circulation during each abrupt climate change. The overturning circulation pushes water through the Atlantic Basin, distributing heat as it moves warmer surface water from the tropics toward Greenland and the high northern latitudes and carries colder, deeper water from the North Atlantic southward.

The chemical tracers show that the speed of the ocean overturning circulation changed first and that a change in sea surface temperature followed. That suggests that cooling may start with changes in the ocean circulation, influencing the northern sea surface and atmosphere, said co-author Jerry McManus, a professor at Lamont-Doherty Earth Observatory.  Evidence from ice cores and deep-sea sediment has shown that the Northern climate also cooled before the Southern climate during these abrupt changes, creating a “bipolar seesaw,” with the North cool while the South was warm, and the South cooling as the North warmed.

Also unclear is why these abrupt climate shifts, also seen in previous ice ages, haven’t happened in the past 10,000 years. The instability appears to only occurs in a certain temperature ranges and when there is a large amount of land ice.

“We would all like to understand better how the Earth’s climate operates,” McManus said. “This demonstrates the crucial role that global circulation can play. The dynamics of the deep ocean directly influence the Earth’s climate.”

The series of abrupt climate changes studied here occurred between 60,000 and 25,000 years ago, ending as the last ice age peaked. Each followed a general pattern in the Northern Hemisphere: The cooling happening over hundreds to 1,000 years, then the frigid temperatures persisted for a few hundred years in what is known as a stadial, McManus said. Once warming started, it happened very rapidly, with a rise of 3 to 6 degrees Celsius in average sea surface temperature and larger changes over Greenland within a span of decades. 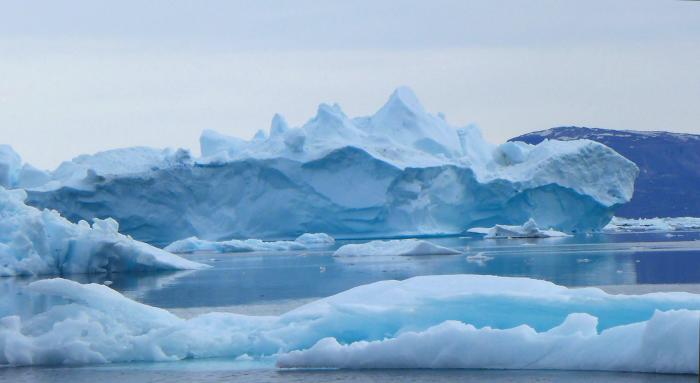 During every cold northern stadial, the overturning circulation had slowed, so it wasn’t bringing as much heat northward from the tropics and Southern Hemisphere, the study shows. The chemical tracers also show that circulation slowed almost to a halt during certain stadials known as Heinrich events, when massive amounts of icebergs broke off and drifted away from the Laurentide ice sheet, which covered a large part of North America at the time. Icebergs carry freshwater that can affect ocean circulation, and computer models have suggested that adding that much freshwater to the Atlantic could shut down circulation. Exactly what influence the icebergs had during these periods will be the target of future research.

To determine how ocean circulation changed, the scientists measured three types of chemical tracers. By comparing the ratio of protactinium-231 to thorium-230, two daughter isotopes of uranium decay that remain in seawater for relatively short but consistently different periods of time before drifting into the seafloor, they could determine when circulation was strongest. Another isotope, carbon-13, captured in tiny shells, is more common in North Atlantic waters than in Southern waters. When circulation was strong, protactinium was low and carbon 13 was high because more protactinium was carried away by the current and more northern waters formed.

Axel Timmermann, a professor of oceanography at the University of Hawaii who studies abrupt climate changes and was not involved in this study, called it a “breakthrough analysis.”

“Large changes in the North Atlantic meridional overturning circulation are thought to have played a major role in generating millennial-scale global variability, known as Dansgaard-Oechger events, during the last glacial period. The paper by Henry, McManus and colleagues finally provides supporting evidence for this fundamental scientific hypothesis,” Timmermann said.

The other co-authors of the paper are Bill Curry of Woods Hole Oceanographic Institution and the Bermuda Institute of Ocean Sciences; Natalie Roberts and Alex Piotrowski of the University of Cambridge; and Lloyd Keigwin of Woods Hole. The research was funded by the National Science Foundation, the Comer Science and Education Foundation, and the Lamont-Doherty Earth Observatory Climate Center.