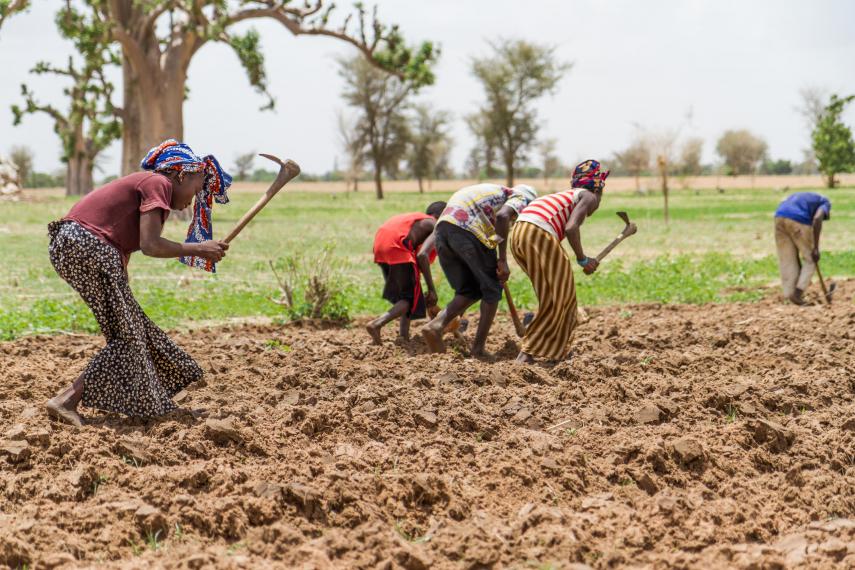 Falling sulfur dioxide emissions in the United States are expected to substantially increase rainfall in Africa’s semi-arid Sahel, while bringing slightly more rain to much of the U.S., according to a new study in the Journal of Geophysical Research: Atmospheres.

Pollution filters placed on coal-fired power plants in the United States starting in the 1970s have dramatically cut emissions of sulfur dioxide, a toxic gas that contributes to acid rain and premature deaths from respiratory and cardiovascular diseases. If U.S. sulfur dioxide emissions are cut to zero by 2100, as some researchers have projected, rainfall over the Sahel could increase up to 10 percent from 2000 levels, computer simulations published in the study suggest.

“Reducing emissions in one region can influence rainfall far away because our global atmosphere is interconnected,” said the study’s lead author, Dan Westervelt, an atmospheric scientist at Columbia University’s Lamont-Doherty Earth Observatory. “We show that the health and environmental benefits of U.S. clean air policies extend to global climate as well.”

Sulfur dioxide simultaneously cools and dries earth’s climate by reflecting sunlight back to space and suppressing heat-driven evaporation near the ground. Though prior research has linked high sulfur emissions in Europe and Asia to the Sahel’s severe droughts of the 1970s and 1980s, this study is the first to look at how U.S. emissions influence precipitation in various regions globally.

The researchers ran three independent global climate models to compare the relative impact of the United States cutting its human-caused sulfur emissions to zero and keeping its emissions at 2000-2005 levels. In the zero-emissions scenario, all three models showed a slight increase in average global rainfall, with higher levels in the United States and other northern-hemisphere regions. In the Sahel, two models found that wet-season rainfall increased by 5 to 10 percent, with one producing a rainy season two-and-a-half days longer.

“We were surprised to find that removing sulfur emissions in just one country would significantly influence rainfall on another continent, thousands of miles away,” said study coauthor Arlene Fiore, an atmospheric scientist at Lamont-Doherty.

The added rainfall came as the tropical rain belt returned to its normal, northernmost position above the equator during northern hemisphere summer, the models showed, consistent with earlier research. The rain belt ordinarily shifts north when the northern hemisphere heats up during summer, but when sulfur emissions are high, cooler temperatures in the north stop the rain belt from migrating as far.

Cutting U.S. emissions to zero was enough to move the rain belt roughly 35 kilometers north, placing more of the Sahel in its path, the researchers found.  “We did not expect to see such a clear, significant influence on the Sahel,” said Westervelt. “This northern shift of the tropical rain belt could mean that cropland at the Sahel’s northern edge could become more productive in the future.”

Though two of the three models were generally consistent, they disagree on exactly how much rain different regions can expect as U.S. sulfur emissions go to zero, says study coauthor Drew Shindell, an atmospheric scientist at Duke University. “We have just one real-world example — historic data — to rely on, making it very challenging to quantitatively link emissions to response,” he said.

The study’s other authors are Andrew Conley and Jean-François Lamarque of the National Center for Atmospheric Research; Michael Previdi and Gus Correa of Lamont-Doherty; Greg Faluvegi of NASA Goddard Institute for Space Studies and Columbia’s Center for Climate Systems Research; and Larry Horowitz of Princeton’s Geophysical Fluid Dynamics Laboratory.