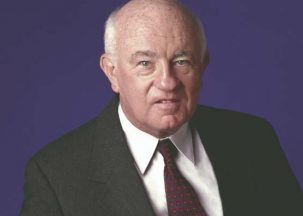 Columbia University will confer five honorary degrees during its annual Commencement exercises on May 16, 2018. Among the recipients is seismologist Lynn Sykes, the Higgins Professor Emeritus at Columbia University’s Lamont-Doherty Earth Observatory.

As an influential contributor to the establishment and evolution of plate tectonic theory, Sykes helped revolutionize our understanding of the deformation of the earth. His groundbreaking research illuminated critical elements surrounding the timing and location of earthquakes and volcano eruptions, and proved invaluable to our ability to prepare for natural disasters. His scholarship dovetailed with critical public service work. He was involved in the signing of a nuclear test ban treaty with the Soviet Union in 1974 and worked for 50 years on the Comprehensive Nuclear-Test-Ban Treaty signed in 1996. He is also the author of the recent book, Silencing the Bomb: One Scientist’s Quest to Halt Nuclear Testing.

Sykes earned a Ph.D in Geology from Columbia University in 1965. On May 16, he’ll take home a Doctor of Science degree.