For years, scientists have been warning of a so-called “hot spot” of accelerated sea-level rise along the northeastern U.S. coast. But accurately modeling this acceleration as well as variations in sea-level rise from one region to another has proven challenging. 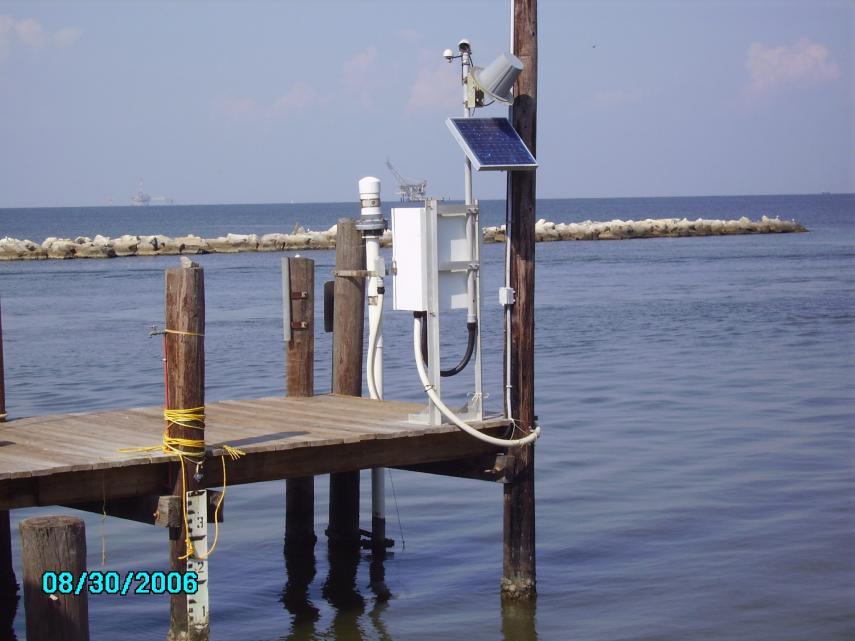 Now an upcoming paper in Geophysical Research Letters offers the first comprehensive model for understanding differences in sea level rise along North America’s East Coast. That model incorporates data not just from atmospheric pressure and ocean dynamics—changing currents, rising ocean temperatures and salinity all influence sea level—but also, for the first time, ice mass change in Greenland and Antarctica. The researchers say their model supports a growing consensus that sea level rise began accelerating in 1990 and that what they found will improve estimates of future sea level rise at a local level.

“A lot of people have been looking for sea level acceleration and have been having trouble finding it,” said James Davis, co-author on the paper and a professor and researcher at the Lamont-Doherty Earth Observatory. “The fact that we could model this well seems to indicate that what we are measuring is correct.”

Davis worked together with oceanographer Nadya Vinogradova, founder of Cambridge Climate Institute in Massachusetts, on the sea level rise modeling project. Their model, which incorporated assumptions that acceleration of sea level rise began in the 1990s and not before that, accurately predicted variations in sea level rise along North America’s East Coast that have been observed in tide-gauge data for over a half century. 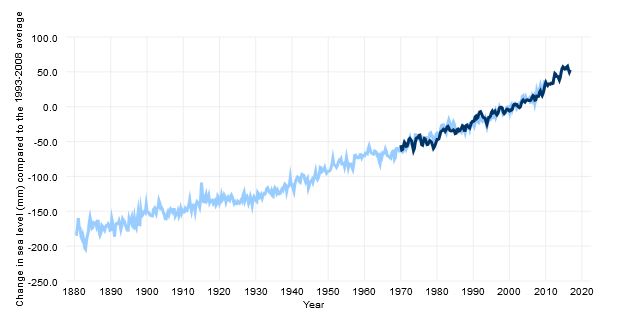 Recent research indicates that global mean sea level, or the average height of the world’s oceans, has been increasing by 3 millimeters (.1 inches) per year on average since 1993, when satellites first started measuring it. But along the U.S. East Coast north of Cape Hatteras, rates of sea level rise were found to be some three to four times higher than the global average over certain periods.

Essential to the model Davis and Vinogradova built was research published in 2014 that for the first time measured acceleration in glacial melt in Greenland and Antarctica using data from NASA satellite GRACE. Another critical element was their addition of ocean dynamic modeling from University of Hamburg’s GECCO2 that, although low resolution compared to more current models, allowed them to look at a timeline going back to 1948. Newer, higher resolution models don’t reach back any further than 1990.

The researchers combined the GRACE and GECCO2 models with atmospheric pressure data and compared these against East Coast tide-gauge records, which measure actual sea levels at the shoreline and are plentiful and high quality for much of the 20th and early 21st centuries.

Davis and Vinogradova found that contributions to the ocean from melting of the Greenland ice sheet actually tend to accelerate sea level rise along the southern part of the U.S. East Coast, south of latitude 35◦, in part due to a force called gravitational self-attraction and elastic loading. Though the melted ice adds volume to the oceans, it also causes sea levels closest to a melted glacier to fall due to a decline in gravitational pull from mass loss, called gravitational self-attraction. The loss of ice mass also causes the land that was underneath that ice to rise, and depresses the floor of surrounding ocean basin, which is called elastic loading.

In contrast, changing ocean dynamics are responsible for accelerated sea level rise along the northern part of the coast, north of latitude 40◦. For instance, an influx of freshwater from Greenland glacial melt to the nearby northern Atlantic, as well as rising ocean temperatures in the northern Atlantic, are weakening an established current system called the Atlantic Meridional Overturning Circulation, which drives the Gulf Stream. Typically the Gulf Stream depresses sea level right along the coast, so as this current weakens, sea levels bounce back. Meanwhile, higher ocean temperatures kick up sea level by expanding the water column.

Davis and Vinogradova chose to focus on the acceleration of sea level rise specifically to avoid the problem of accurately measuring what is known as post-glacial rebound. Post-glacial rebound is the ongoing shape-shifting of the earth’s surface that occurs after it is released from the burden of mountains of glacial ice, a process that began in North America at the end of its last ice age 16,000 years ago. (These changes occur very slowly over long time periods, unlike elastic loading, which is near-instantaneous and “elastic.”)

As with elastic loading, post-glacial rebound can causes the land or sea floor to bulge in some places and to sink in others, which can change the relationship between sea level and the land. Post-glacial rebound was the primary contributor to sea-level change over much of the 20th century along some parts of the East Coast—from Chesapeake Bay to New York as well as north of Maine. But short-term accelerations tend to be less sensitive to changes like post-glacial rebound that occur on time scales of thousands of years, said Davis.

Davis said that even though the results of their modeling do support the notion that sea level rise has been accelerating over the past 25 years, that doesn’t mean it will continue. “What we’re seeing is big,” said Davis. “But there’s nothing in this paper that says, ‘Oh, I’ve discovered acceleration and we’re all going to drown now.’ You can’t predict forward.” There are many sources of feedback in the system that scientists still don’t understand, he said.

Still, Davis suggested the findings might serve as a tool for local governments. “Suppose you’re a mayor in Miami and you hear that the projections for Greenland ice melt are wrong, and they’re going to be much greater in the next century. You have to worry much more than if you’re a mayor in Nova Scotia. But then if you’re talking about ocean currents, it’s flipped,” said Davis. “Wherever you live, you can’t just go by these [Intergovernmental Panel on Climate Change] reports that say global sea level rise is one number.”

Kristen French is a freelance writer and editor on science, environment and medicine.