The Rights of Nature — Can an Ecosystem Bear Legal Rights? 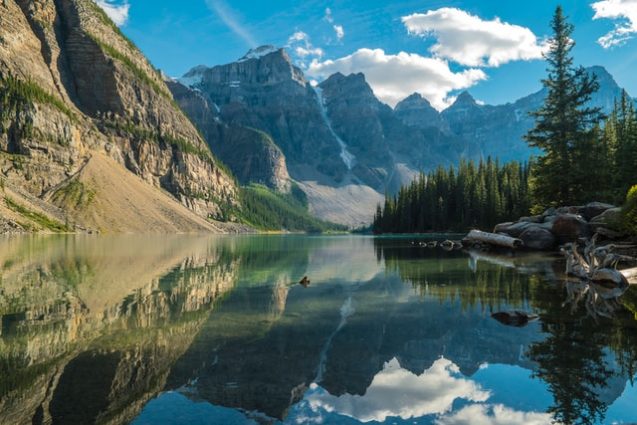 The “Rights of Nature” movement advocates for ecosystems such as rivers, lakes, and mountains to bear legal rights in the same, or at least a similar, manner as human beings. Photo: Mark Koch on Unsplash

On Earth Day, citizens all around the world make a concerted effort to reflect upon their relationship with nature, and collectively share what specific actions we can take to protect our planet against threats such as air and water pollution, deforestation, species decline, extreme weather events, and more — all of which are exacerbated by climate change.

The “Rights of Nature” movement is fundamentally rethinking humanity’s relationship with nature, and it is gaining momentum. It is led by activists advocating for ecosystems such as rivers, lakes, and mountains to bear legal rights in the same, or at least a similar, manner as human beings. This movement is striving for a paradigm shift in which nature is placed at the center and humans are connected to it in an interdependent way, rather than a dominant one. How would such a legal system work, and could giving rights to nature help in the legal battle against climate change? A few case studies offer some insight.

What are the “Rights of Nature”?

According to the “Rights of Nature” doctrine, an ecosystem is entitled to legal personhood status and as such, has the right to defend itself in a court of law against harms, including environmental degradation caused by a specific development project or even by climate change. The Rights of Nature law recognizes that an ecosystem has the right to exist, flourish, regenerate its vital cycles, and naturally evolve without human-caused disruption. Furthermore, when an ecosystem is declared a “subject of rights,” it has the right to legal representation by a guardian — much like a charitable trust designates a trustee — who will act on their behalf and in their best interest. This guardian is typically an individual or a group of individuals well versed in the care and management of said ecosystem.

The goal of conferring rights to nature is to secure the highest level of environmental protection under which an ecosystem can thrive and whose rights are not violated. These nature rights are very often associated with human rights, especially the right to a clean and healthy environment.

What countries have declared rights of nature?

Over the last decade, courts, legislatures and various bodies of government in countries around the world have sought and won ecosystem protection through nature rights.

In 2008, Ecuador became the first country in the world to formally recognize and implement the Rights of Nature, which Ecuadorians refer to as the Rights of Pachamama (Mother Earth). The constitutional provisions regarding the Rights of Pachamama state: “Nature, or Pachamama, where life is reproduced and occurs, has the right to integral respect for its existence and for the maintenance and regeneration of its life cycles, structure, functions and evolutionary processes. All persons, communities, peoples, and nations can call upon public authorities to enforce the Rights of Nature.”

In 2011, the first lawsuit using the Rights of Nature provision was filed by the Global Alliance for Rights of Nature (GARN) and others against a construction company for building a road across Ecuador’s Vilcabamba River and dumping rubble into the river. The Provincial Justice Court of Loja ruled in favor of the river. However, the construction company did not comply with the ruling and the GARN reportedly could not afford to bring a second suit.

In 2017, four rivers sought and in some instances won legal rights: the Whanganui River in New Zealand, the Rio Altrato in Colombia, and the Ganga and Yamuna rivers in India. The New Zealand case is fundamentally unique because the Parliament finalized The Te Awa Tupua Act, appointing two guardians of the river: one representative of the Maori Indigenous people and one representative of the government — the Crown — arguably reconciling two different worldviews.

In the United States, several cities have asked for an ecosystem to bear legal rights. In 2010, the City Council of Pittsburgh, Pennsylvania unanimously passed an ordinance recognizing the Rights of Nature as part of a ban on shale gas drilling and fracking. In 2019, the city of Toledo, Ohio adopted the Lake Erie Bill of Rights, a municipal law that gave the lake rights of its own. A farmer represented by Drewes Farms Partnership filed a federal lawsuit claiming the ordinance made his farm vulnerable to “massive liability” when fertilizing its fields “because it can never guarantee that all runoff will be prevented from entering the Lake Erie watershed.” Soon after, the state of Ohio joined the lawsuit, arguing it (and not the residents) had the legal responsibility for environmental regulatory programs. In 2020, a federal judge ruled that the Lake Erie Bill of Rights is “invalid in its entirety” based on the premise that the law itself was “unconstitutionally vague” and exceeded municipal powers. The plaintiffs are currently trying to keep the Lake Erie Bill of Rights alive in state court.

Most recently, in February 2021, the Innu Council of Ekuanitshit and the Minganie Regional County Municipality recognized the Canadian Magpie River’s legal rights of personhood through the adoption of twin resolutions — one resolution by the Innu and another resolution by the municipality. The river bears nine rights and can be legally represented by guardians responsible for ensuring that these rights are respected.

Only a few rights of nature cases explicitly relate to climate change, according to the Global Climate Litigation Report: 2020 Status Review by the United Nations Environment Programme with support from Columbia University’s Sabin Center for Climate Change Law. Here are five climate lawsuits from around the world that do implicate the rights of nature and that can be found in the climate change litigation databases maintained by the Sabin Center and the law firm Arnold Porter Kaye Scholer LLP. The latest case in Pakistan was decided a few days ago, on April 15.

How successful are these rights of nature lawsuits?

Granting nature legal standing might arm it against injury under the law, but how does that translate into reality? Legal personhood attributed to ecosystems has so far been mostly symbolic and it remains unclear how successful these lawsuits can be in gaining adequate, long-term protection of ecosystems. Outcomes can vary based on how a case is framed and on what the interests of the claimants are. Questions surrounding these potential outcomes continually arise: What exactly is the party seeking on behalf of the injured entity? Does the party seek to compel an authority figure to pay for damages incurred? How are these damages measured? Who can be held responsible for these damages? Could the appointed guardian be held responsible if a river floods and causes damages? Who has a say over a trans-boundary river, such as is the case in India where the Ganges and Yamuna rivers extend beyond the border of Uttarakhand? If a complaint alleges that climate change is a threat, how much liability does a specific industry’s activities bear in that respect? (This topic draws on the field of attribution science — see the Climate Attribution Database, a joint project between the Sabin Center and Lamont Doherty Earth Observatory.)

However, a growing number of lawsuits involving the rights of nature might set a precedent for national and local governments to act on biodiversity conservation by opposing extractive projects that might prove destructive to a particular ecosystem. The lawsuits also draw attention to environmental justice issues faced by marginalized communities, particularly Indigenous communities, who are stewards of these vital natural ecosystems and whose livelihoods and cultural and spiritual practices depend on them.

How do the rights of nature fit in the climate crisis?

Within the context of the climate crisis, the “Rights of Nature” represents one legal theory that can help elevate the urgency of protecting biodiversity in the fight against climate change.

This year, countries are set to negotiate a global agreement to protect nature under the United Nations Convention on Biological Diversity in Kunming, China. A coalition of more than 50 countries, known as the High Ambition Coalition for Nature and for People, has committed to protecting 30% of the Earth’s land and waters by 2030 in order to curb biodiversity loss and greenhouse gas emissions — the 30 X 30 target. Can we reach this goal? That remains to be seen. What is clear is that it’s going to take an array of tools to tackle climate change, and that most certainly includes conserving our planet’s most biodiverse ecosystems.