Rainfall changes caused by global warming will increase river flooding risks across the globe by the 2040s, says a new study. The study finds that the increases will be greatest in much of the United States, central Europe, Indonesia, and parts of India and Africa.

Already today, river floods are among the most common and devastating natural disasters. And in many places, global warming is predicted to make extreme weather, including huge downpours of precipitation, more common, and more extreme. The study warns that wide areas will need additional protection to prevent  increased damage. The research appears today in the journal Science Advances.

“More than half of the United States must at least double their protection level within the next two decades if they want to avoid a dramatic increase in river flood risks,” says lead author Sven Willner of the Potsdam Institute for Climate Impact Research (PIK). Without additional adaptation measures, the number of people affected by the worst 10 percent of river flooding events will increase in many places, says the study. In North America, the number would go from 100,000 to 1 million, a tenfold increase. In Germany numbers could rise sevenfold, from 100,000 to 700,000. 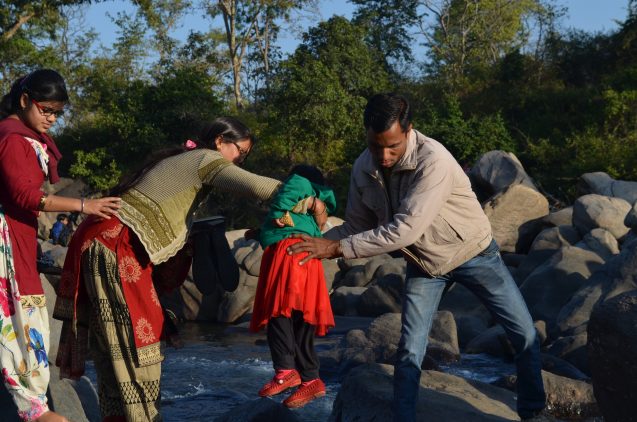 That said, even if threats will increase, the United States and Europe already have already taken substantial measures to ward off floods, so the overall numbers of people potentially affected are relatively low. In regions now already chronically subject to flooding in part due to lack of protective measures, absolute numbers of  people potentially affected could be much bigger. In South America, people affected by flooding risks will likely increase from 6 million to 12 million, and in Africa from 25 million to 34 million. In Asia, the numbers would rise from 70 million to 156 million. The real numbers may well be higher, as the study did not take into account population growth and further concentration of people in densely packed cities.

“We have been surprised to find that even in developed countries with good infrastructure, the need for adaptation is big,” says coauthor Anders Levermann, head of global adaptation research at PIK and a researcher at Columbia University’s Lamont-Doherty Earth Observatory. “People want to keep the protection level they have today; they don’t want things to become worse. Consequently, in countries with a fairly good level of protection, much has to be done to keep the same level.”

Levermann said that needed adaptations will include stronger levees, improved management of river  flow, and strengthened building standards. In some cases, settled areas may simply have to be relocated.

The study is based on computer simulations using existing data on rivers from a great number of sources. “While this data is not perfect for each and every river in the remotest corners of our planet, it certainly is sufficient for places where a lot of people live, a lot of financial values are accumulated, and where flood risks are substantial,” said Willner.

The researchers say that the increase in river floods over the next two to three decades will be driven by the amount of greenhouse gases already emitted into the atmosphere, and so there will be no way to prevent them. But what comes after that will be driven largely by future emissions, they say. If emissions are not limited soon, “river flood risks in our century will increase in many regions to a level that we cannot adapt to,” says Levermann. “If we act now, we can protect against the risks of the next two decades. But further climate change must be limited. Doing nothing will be dangerous.”