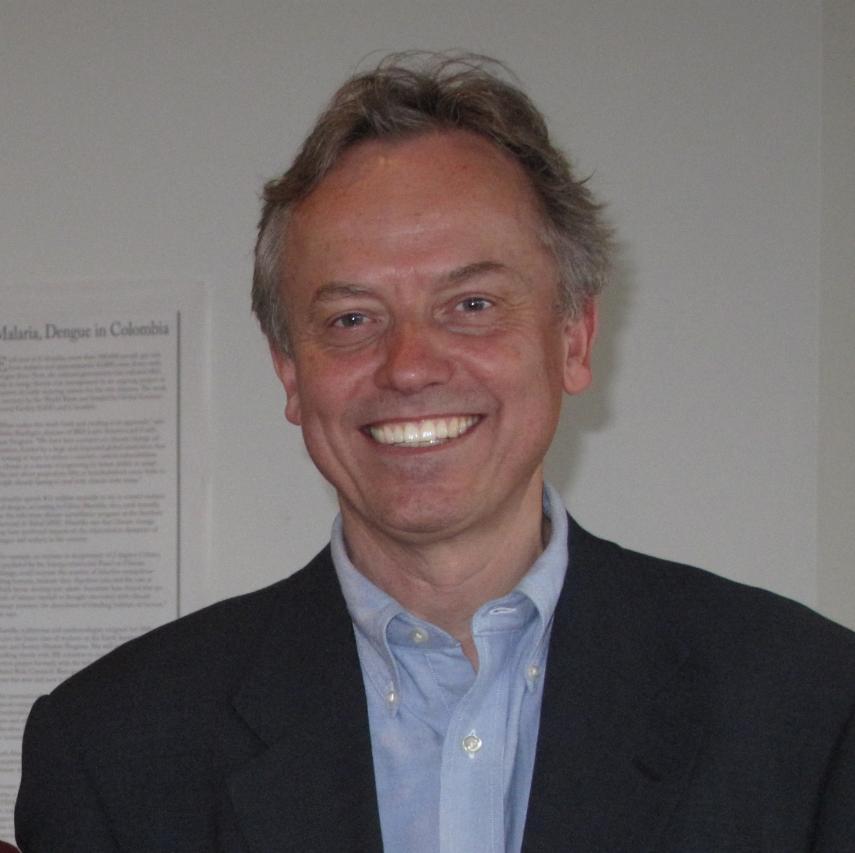 Lamont-Doherty Earth Observatory seismologist Göran Ekström has been elected to the National Academy of Sciences, one of the highest honors accorded to scientists in the United States.
Ekström’s work spans many facets of global earthquake seismology, from the nature of individual earthquakes and other seismic sources to the large-scale structure of the Earth. He joined Columbia University’s Department of Earth and Environmental Sciences as a professor in 2006.
Ekström leads the Global Centroid Moment Tensor Project (CMT) at Lamont. The goal of that project is to integrate seismic data rapidly from every large earthquake and determine its source characteristics. Beyond providing regular information on tectonic activity along Earth’s plate boundaries and in intraplate settings, the CMT solutions have led Ekström to identify several unusual types of seismic sources, including volcanic earthquakes, glacial earthquakes, and large landslides.
His work also involves the three-dimensional imaging of the seismic structure of the Earth’s mantle, including not only seismic wave speeds but their direction dependence, the rate at which propagating seismic waves lose energy, and the density. His results are widely used by mineral physicists seeking to understand the composition and mineralogy of the mantle and by geodynamicists who are modeling the mantle’s internal convective motions.
Election to the National Academy of Sciences adds to a distinguished career that has spanned several decades. Ekström graduated from Harvard University’s Department of Earth and Planetary Sciences with a Ph.D. in geophysics in 1987, after studying in Moscow as an exchange researcher. He held a postdoctoral fellowship at Lamont from 1987 to 1988, and he remained at the Observatory as an associate research scientist from 1988 to 1990. Ekström then moved back to Harvard to serve on their faculty for 16 years, until his return to Columbia. He has also held visiting faculty positions at the Institut de Physique du Globe de Paris and the Istituto Nazionale di Geofisica e Vulcanologia in Italy.
In 2015, Ekström received the Beno Gutenberg Medal from the European Geosciences Union (EGU) for “contributions to the understanding of the elastic (particularly anisotropic) and anelastic structure of the Earth, and for understanding and characterizing seismic sources, especially unusual ones such as ‘ice-quakes’ or the Earth’s low frequency ‘hum’.” In its announcement, the EGU described Ekström’s work as “a pillar of modern seismology. His contributions to seismic sources and Earth structure are fundamental, his insight into seismic data is immense, and his passion for seismology is relentless.”
“Göran’s election to the National Academy of Sciences is a welcome recognition of the exceptionally broad impact of his work in global seismology,” adds Lamont director Sean Solomon. “I know of no other seismologist living today who has had a comparable impact on our understanding of both the nature of seismic sources and the three-dimensional seismic structure of the Earth.”
Ekström is the 12th scientist now working at Columbia University’s Lamont-Doherty Earth Observatory to be elected to the Academy for excellence in original scientific work. With today’s announcement, Ekström joins Sean Solomon, Columbia University’s Earth Institute director and geochemist Sir Alex Halliday, climate scientist Mark Cane, petrologist Peter Kelemen, paleomagnetism expert Dennis Kent, paleontologist Paul Olsen, marine geophysicist Walter Pitman, volcanologist Terry Plank, paleoclimatologist Maureen Raymo, seismologist Lynn Sykes, and experimental petrologist David Walker.
Media Inquiries:
Marie DeNoia Aronsohn
marieda@ldeo.columbia.edu
845-365-8151
Tags:
Lamont-Doherty Earth Observatory
Climate Change
Seismology
National Academy of Sciences