Seismology’s Top US Award Goes to a Pioneer in Rock Mechanics: Christopher Scholz 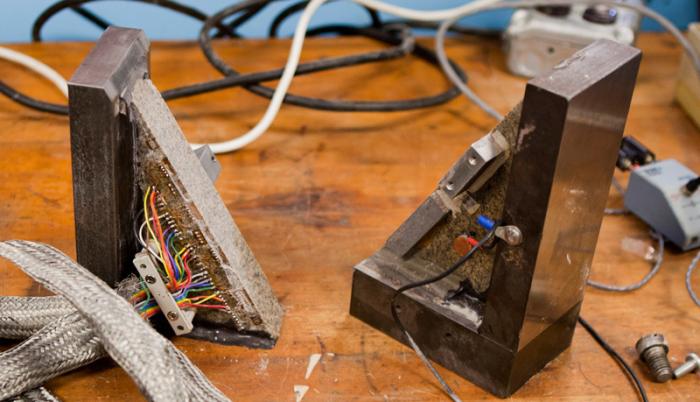 Testing how rocks behave under stress in the Rock Mechanics Lab at Lamont. Photo: A.J. Wilhelm

In seismology offices around the world, you can still find dog-eared copies of Christopher Scholz’s seminal textbook, The Mechanics of Earthquakes and Faulting, first published in 1990 and updated in 2003.

In it, Scholz digs into earthquakes, sharing his knowledge and discoveries about their rich phenomena by paying close attention to the rock mechanics at play inside the planet. It isn’t hard to find scientists like physicist Bruce Shaw who point to that book as an inspiration for how it illuminates the richness of the field.

For his pioneering work in rock mechanics and his skill at communicating earthquake science, Scholz is being honored on April 20 by the Seismological Society of America with its top award, the Harry Fielding Reid Medal. The SSA cites Scholz’s wide range of contributions over a nearly 50-year career, much of that as a professor at Columbia University’s Lamont-Doherty Earth Observatory and Applied Physics and Applied Mathematics Department. 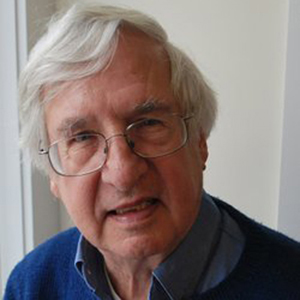 Earthquakes have fascinated Scholz since his childhood in tremor-prone Northern California, where he never got an adequate answer to how earthquakes worked. After he won a boxing scholarship to the University of Nevada-Reno, he turned his curiosity to studying geological engineering and physics. He earned his Ph.D. in 1967 from the Massachusetts Institute of Technology, where he studied rock mechanics and developed theories of microfracture growth that provided new insight into how rocks behave under stress.

Scholz combined those studies to pioneer new directions in earthquake science. By bringing together the theoretical work of physics with controlled experiments in Lamont’s newly formed Rock Mechanics Lab, he helped advance the world’s understanding of earthquake behavior, faults and plate tectonics, and inspired generations of scientists who have followed.

“He has been hugely influential in the field,” said Heather Savage, who works with Scholz as co-PI of the Rock Mechanics Lab. “His original work was about scaling experiments in the lab up to the earthquake scale in a way that had not been done yet.”

From physics, Scholz applied fracture mechanics – commonly used in testing the strength of metals – to understanding faults in the Earth and the movement of tectonic plates. He had been working on his Ph.D. when the theories behind plate tectonics were first being confirmed by scientists at Lamont. Scholz quickly embraced the developing field of tectonophysics and became one of the first scientists to use rock deformation experiments in the lab to show how the Earth’s crust deforms and how strain accumulation and release in subduction zones, where tectonic plates converge, can produce massive earthquakes.

In the 1970s, Scholz was involved in elucidating the power laws of how faults grow, how earthquakes scale up, and how the slip on a fault scales with its length. Scholz realized that by knowing something about the size distribution of faults in an area, scientists could estimate the area’s potential earthquake distribution. That work, controversial at first, became a foundation for assessing local earthquake risks, including for the State of California’s seismic hazard maps. His dilatancy-diffusion model of earthquake prediction helped explain some of the physical effects observed in rock before and during an earthquake.

Over the years, his lab team has developed insights into everything from rock strength and the cyclic fatigue of rocks to the impact of frictional wear and the accumulation of debris in faults to rupture velocity. They have worked on shear stress and focused on at what point stick-slip earthquake behavior is created in faults. 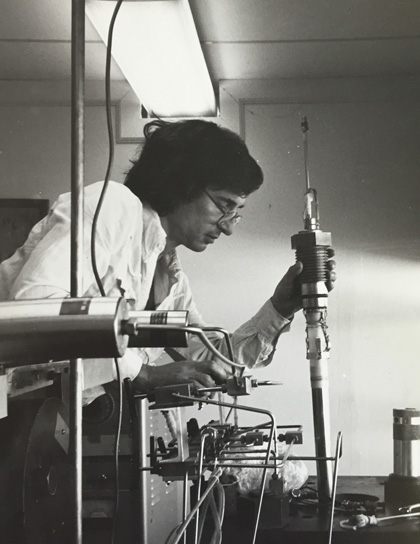 While much of his work has been lab-based, Scholz has also led fieldwork projects from Japan to Africa to California. In 1974, a project for the United Nations sent him to Botswana to test the seismic risk for a proposed water project in the Okavango Delta. Scholz wrote about that project in a memoir called Fieldwork: a Geologist’s Memoir of the Kalahari. In the United States, before the development of GPS, he was involved in the VLBI – the Very Long Baseline Interferometry project – through which he used the beams of lasers set up on mountains near San Diego and in the Sierra Nevada and a passing satellite to determine how fast the San Andreas Fault was moving.

The top honor from the Seismological Society of America follows Scholz’s receipt of the prestigious Murchison Medal from the Geological Society of London in 2005. He has written more than 200 papers and books, including the 2015 novel Stick-Slip, about the political and social challenges facing scientists who discover signs of an impending earthquake off the coast of Oregon.

“Chris Scholz’s work and his book The Mechanics of Earthquakes and Faulting have been of huge importance globally in understanding the physical bases of earthquakes,” said Lynn Sykes, a Lamont seismologist who was involved in plate tectonics and has collaborated with Scholz through the years. “He is well deserving of the Harry Fielding Reid medal.”