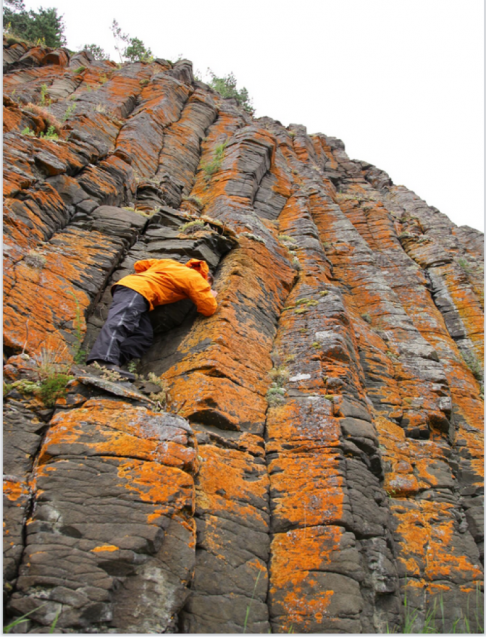 A team of scientists has found new evidence to bolster the idea that the Permian Extinction, which occurred 252 million years ago, was caused by massive volcanic eruptions in what is now Siberia. Apparent huge changes in the global environment wiped out 95 percent of marine species and 70 percent on land–the largest of five known mass extinctions in earth’s history.

The new study, which appears in the journal Scientific Reports, presents evidence of a global spike in the relatively rare chemical element nickel at the time. The scientists say spike was most likely associated with volatile compounds released by nickel-rich magma, the hardened remains of which today contain some of the greatest deposits of nickel ore on the planet.

Using a technique that measures the abundance of rare elements at the atomic level, the scientists documented anomalous levels of nickel in sedimentary rocks in Hungary, Japan and India. Added to previously identified spikes in other areas including Austria and northern Norway, the findings “establish that the the nickel distribution was global,” said coauthor Yue Cai, a geochemist at Columbia University’s Lamont-Doherty Earth Observatory.

This nickel peak, which dated to the time of the Permian Extinction, convinced the scientists that it was the volcanic upheaval in Siberia that produced intense global warming and other environmental changes associated with the die-off. The eruptions lasted about 800,000 years, and covered an area the size of the United States a kilometer deep.

“The Siberian volcanic eruptions and related massive intrusions of nickel-rich magmas into the Earth’s crust apparently emitted nickel-rich volatiles into the atmosphere,” said New York University geologist Michael Rampino, the paper’s senior author.  Volcanoes also characteristically emit large amounts of carbon dioxide, a greenhouse gas. Rampino said that explosive interactions of the magma with overlying coal deposits could have released even more carbon dioxide, as well as methane, another greenhouse gas. This could explain the intense global warming recorded in the oceans and on land. He said the warming oceans apparently became sluggish and depleted in dissolved oxygen, contributing to the deaths of many forms of life in the sea.

Scientists have proposed other possible causes for the Permian Extinction, including a strike by a large extraterrestrial object, or the sudden disintegration of solid formations of methane on the seafloors, and their subsequent release into the atmosphere. But volcanism has long been a leading contender. The case was strengthened in the last few years, when scientists were able to pin down the timing of the Siberian volcanism, and tie it closely to the extinction. With the new study, “now we have not only a time link, but a chemical link,” said Cai.

It was Rampino who collected samples of rocks of the period from farflung places. Cai carried out the analyses at Lamont-Doherty.

The new finding “has exciting implications,” said Sedelia Rodriguez, a coauthor of the paper and lecturer in the Department of Environmental Science at Barnard College. “We look forward to expanding our research on nickel and other elements to delineate the specific areas affected by this eruption,” she said. “Additionally, we hope this research will contribute to determining whether an event of this magnitude is possible in the future.”

The paper was also coauthored by Eva Baransky of Barnard College.