Climate change may be loading the dice for a difficult summer, according to researchers at Columbia University’s Lamont-Doherty Earth Observatory.

Temperatures associated with the heat wave gripping the Pacific Northwestern U.S. have reached unprecedented highs. Triple-digit readings broiled parts of Oregon and Washington over the weekend, a region where the average June temperatures are typically in the 70 degree range. In Portland, Oregon, one county health official put it this way: “This is life-threatening heat, and people need to find someplace cool to spend time during the coming days.”

Meanwhile, the western U.S is experiencing its worst drought since 2002, and it has set the stage for a devastating wildfire season. To date, officials have reported to the National Interagency Fire Center more than 30,000 fires, a 10-year high for June.

“I think it’s going to be really bad. It’s already bad. We’ve seen an early robust start to the wildfire season in much of the West, including in northern California,” said Lamont-Doherty Earth Observatory climate scientist Benjamin Cook. “In Arizona and California, a lot of the reservoirs used for firefighting helicopters are not available. I think it’s going to be a very challenging year.” 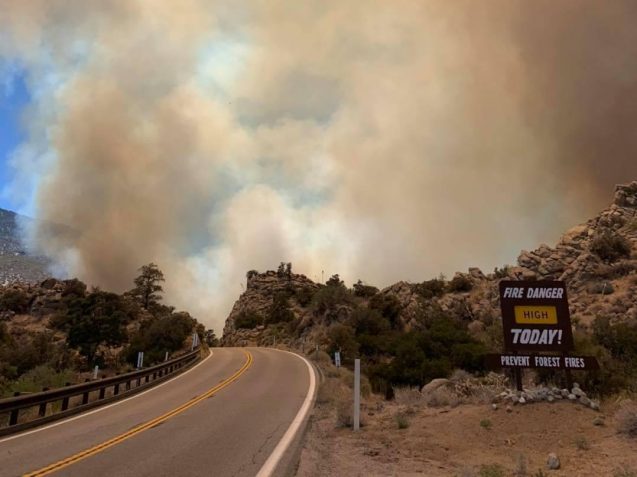 Cook says there is a broad trend of larger and worse wildfires, a trend largely driven by climate change. Part of the reason the climate change factor is so strong is the history of fire suppression in the U.S. For decades, the policy for forest and fire management was that all fires were bad, which gave way to efforts to put out fires however small they were. But, without the small, naturally occurring fires burning away underbrush, the forests become overwhelmed with a major fuel surplus.

“If it’s hot and it it’s dry you have a lot of potential fuel to burn. That’s where we are,” said Cook.

Meanwhile, in the Atlantic…

This summer’s extreme conditions aren’t limited to the West Coast. Last week the National Oceanic and Atmospheric Administration declared that, in the Atlantic, “an above-normal hurricane season is most likely.”

Suzana Camargo, the Marie Tharp Research Professor at Lamont, studies extreme weather and climate change. She concurs with NOAA’s assessment that the conditions are ripe for an above-normal hurricane season in the Atlantic basin, but predicts it will not be as active as last year’s record-shattering 30 named storms. Last year, the Atlantic Ocean experienced above average temperatures and the oceanic and climate mode El Niño-Southern Oscillation (ENSO) was on its cold phase, or La Niña, which is conducive to an active Atlantic hurricane season. This year, ENSO is in a neutral phase, but Atlantic waters remain warm.

Satellite images of a tropical depression in the Atlantic on June 28, 2021. Source: Cooperative Institute for Meteorological Satellite Studies

“Because in a warmer climate, you are able to hold more water vapor in the atmosphere, so that contributes to all types of extreme rainfall,” said Camargo. Hurricane Harvey, the devastating Category 4 hurricane that made landfall on Texas and Louisiana in August 2017, causing catastrophic flooding and more than 100 deaths, is a potent example. Climate scientists believe Harvey was loaded with six to 15 percent more rainfall due to climate change.

However, global warming isn’t necessarily triggering more hurricanes, based on theories and models, but it is “loading the dice” for more intense hurricanes. And while attribution science around climate’s impact on hurricane frequency is evolving, Camargo asserted the importance of understanding hurricane risk.

“If you live in coastal areas you should always be worried. One is enough. It doesn’t matter if the season is super active or calm. One Category 3 or Category 5 that hits where you live — that’s enough,” said Camargo. In fact, the 1992 season that delivered Hurricane Andrew — a very powerful and destructive Category 5 Atlantic hurricane that struck the Bahamas, Florida, and Louisiana — happened during a calm season with only seven hurricanes.

“If you live in a hurricane prone area,” said Camargo, “you should always be prepared.”