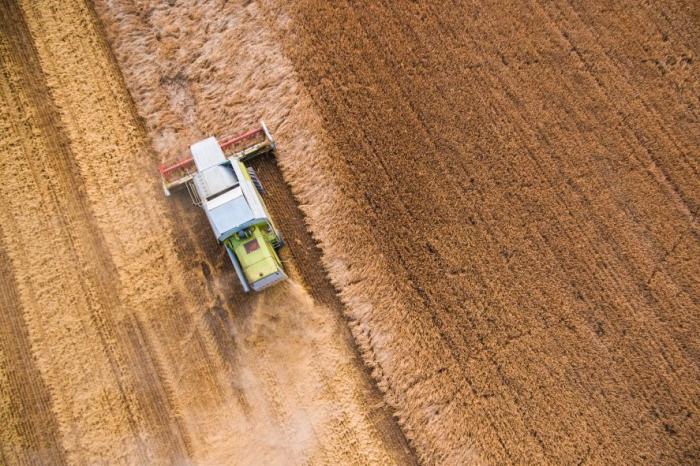 By Michael J. Puma and Peter B. de Menocal

Food, it turns out, is the great unifier. One of the few bipartisan pieces of legislation to emerge in recent years was the Global Food Security Act of 2016, which allocated over $7 billion to improve agriculture and nutrition in developing countries. The rationale, beyond the altruistic aspects of the legislation, was that investing in the alleviation of hunger, malnutrition, and poverty worldwide is squarely in the national security interests of the U.S. With so much upside, it is no surprise that Democrat and Republican alike lined up in support of the act.

At first glance, President Donald Trump’s policy priorities — withdrawal of the U.S. from the Trans Pacific Partnership, renegotiation of the North American Free Trade Agreement, punitive tariffs on Chinese and Mexican imports, new trade deals with the European Union and the U.K. — will have a dramatic yet largely economic storyline. Yet the stakes are considerably higher: These changes will fundamentally transform our fragile global food system, affecting food security both in the U.S. and abroad. Therein lies the unexpected opportunity.

The reality is that Trump’s coming transformation of U.S. trade policies will inevitably lead to changes in food security that dwarf even the most substantial of outcomes from the bipartisan Global Food Security Act. Why? First, the U.S. is a world superpower when it comes to global food production, so any shift in U.S. agriculture policy can have significant consequences both at home and abroad. But there is more to the story than just U.S. trade policy changes.

It turns out that our global food system is highly sensitive — even to small changes. A minor disruption in the U.S. food supply could potentially produce cascading effects that spread rapidly and cause a major shock to the system. The world experienced this type of sensitivity firsthand when, much like a flu epidemic, food riots spread from country to country in Africa and other developing countries during the global food crisis of 2007/2008. Wheat and corn prices doubled over about two years prior to the crisis, and rice prices tripled over just a few months in late 2007 and early 2008.

Economists continue to debate what caused these price spikes, offering explanations that include long-run drivers like greater biofuel demand and changes in Asian diets together with short-run factors such as trade restrictions, speculation, and depreciation of the U.S. dollar, hoarding, and panic purchases.

Unfortunately, it turns out that “tipping points” leading to such crises (a term popularized by the author Malcolm Gladwell) are generally unpredictable. Yet the severe effects of the food-price spike, which included increases in poverty and malnourishment as well as violent protests in multiple countries, are clear. Importantly, the 2007/2008 crisis was not isolated to the developing world. Even in the U.S., food prices spiked, leading to hardship for many everyday Americans.

Trump has a great opportunity when it comes to food security. The starting point is to recognize that our current food system is highly vulnerable to a wide range of potential disruptions, including extreme droughts and floods, crop pests and pathogens, regional conflicts, agroterrorism, and epidemics.

Next, farmers and agribusinesses need to coordinate their activities and decisions to help mitigate the vulnerabilities of the globalized food system to disruptions. For example, it is important to ask how the proposed mega-mergers of Bayer with Monsanto and ChemChina with Syngenta will affect the resilience of the global food system. Finally, as agricultural policies are formed and trade agreements are signed, food security must be at the forefront of all discussions and negotiations.

Now, therefore, a coordinated effort is needed by the U.S. State Department’s Office of Global Food Security to identify and mitigate vulnerabilities in the global food supply change, working directly with agribusinesses, international organizations (e.g., the World Trade Organization and the Food and Agriculture Organization of the UN), and our trade partners. Efforts should focus on strengthening food reserves, developing strategies to mitigate major food shortages, and building redundancies in local food supply to deal with disruptions to our energy and transportation networks.

Millions of Americans — and billions of people around the world — rely on U.S. leadership to secure the world’s food supply. As the potential changes to U.S. trade are promised to be transformative, it is critical to elevate the importance of food security issues during these first 100 days of the Trump administration.

Ultimately, a sound strategy to secure the nation’s food supply and reduce its vulnerability within and beyond our borders will be a major step towards making America and the world more resilient in the face of increasing uncertainty.