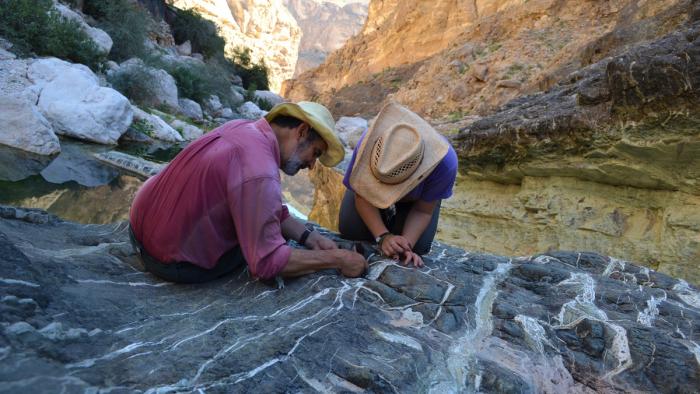 Earth has limits to the amount of carbon dioxide in its atmosphere before the environment as we know it starts to change. Too much CO2 absorbed by the oceans makes the water more acidic. Too much in the atmosphere warms the planet. With emissions from our carbon-based economies still too high, scientists at Columbia University’s Lamont-Doherty Earth Observatory are developing way to prevent CO2 produced by power plants and industries from ever entering the atmosphere, and they are exploring ways to take CO2 out of the environment.

There are places in the world where carbon dioxide reacts naturally with the local rock, turning the planet-warming gas to mineral. It’s a slow process in nature, but Lamont scientists have found a way to harness that reaction and speed it up so they can take CO2 from power plants and lock it away quickly and permanently.

In a ground-breaking study that holds new potential for combating climate change, the scientists announced this spring that, for the first time, CO2 captured from a power plant in Iceland and pumped underground had mineralized into a white, chalky substance for permanent storage, and this conversion happened far faster than anyone expected.

Lamont scientists are now exploring similar possibilities with vastly greater storage potential beneath the oceans off the U.S. coasts, and they are experimenting with a type of rock found in abundance in Earth’s mantle that could be used to go the next step and begin taking CO2 out of the environment.

“It’s clear that, no matter what we may wish, we will not put the brakes on the carbon economy fast enough to avoid overshooting safe CO2 limits in the air,” said geologist Peter Kelemen, who is leading studies on mantle rocks and their potential for CO2 removal.  “On the bright side, our research into Earth processes is showing that there are things we can do that emulate natural systems to address the carbon problem.”

Scaled up, the process of capturing CO2 from power plants and factories and turning it into a solid could buy time as countries worldwide shift away from fossil fuel use and toward cleaner energy sources. The Intergovernmental Panel on Climate Change (IPCC) has described carbon capture and storage (CCS) as a critical technology for keeping climate change in check. There are challenges, though. In most of the 15 large-scale CCS operations functioning today, CO2 is stored as either a gas or a supercritical fluid in natural subsurface repositories, typically sandstone, or reused to force oil or gas out of played-out wells. The process has been used for over 20 years for storage and longer for oil recovery, but there has been a lingering question: could stored CO2 leak out? 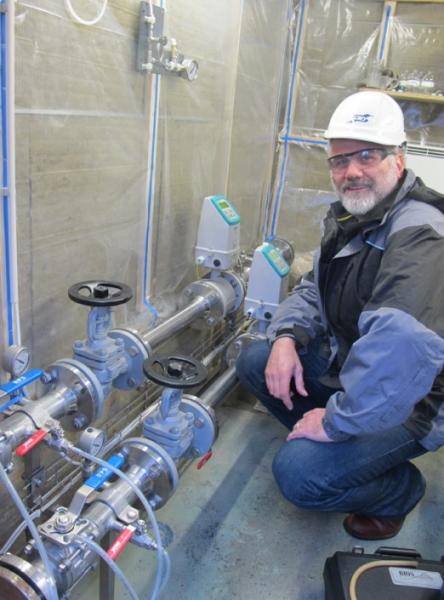 At Iceland’s Hellisheidi Power Plant, Lamont hydrologist Martin Stute, Adjunct Senior Research Scientist Juerg Matter, and colleagues tried something different. They used CO2 captured at the power plant, and mixed it with water and hydrogen sulfide, creating soda-like carbonation, then injected the mixture into porous basalt rocks 400 to 800 meters underground. Basalt, which is created as lava cools, contains calcium, iron, and magnesium, which react naturally with CO2 to form solid carbonate minerals. Within two years, 95 percent of the injected CO2 had turned to mineral – far faster than the 8–12 years originally expected.

“We knew that under natural conditions this process was happening, but we did not know on what time scale,” said Stute, who also teaches at Barnard College.  “The energy company we were working with was so impressed by the success that they decided to adopt it.”

Reykjavik Energy expects to inject 10,000 tons per year starting this year and increase that level. The continuing experiment will also test some remaining questions, such as whether the pore spaces could clog over time. The researchers have found that the pressure from the process itself creates tiny fractures, expanding the area where newly injected CO2 can flow in and mineralize, which they expect to minimize clogging.

Basalt, which made Iceland the ideal location, is also abundant beneath the oceans, including just off shore from coastal power plants.

David Goldberg, a geophysicist at Lamont, has been leading off-shore studies to map basalt reservoirs with the potential to store carbon that would mineralize over time. He has proposed burying CO2 in several sites off the U.S. East Coast about a mile below the seafloor, and he is now working on one of five Department of Energy projects using seismic data to determine how much CO2 could be stored in those and other off-shore reservoirs.

Goldberg’s team is also proposing the first test of off-shore basalt storage, a project that would pump 1 million tons of CO2 into basalt off the Pacific Northwest.

“Iceland was a key demonstration. The holy grail is off-shore,” Goldberg said. The storage potential in the oceans is immense, and it moves the process away from communities. It also avoids the need for water resources. Where the Iceland project added fresh water to the captured CO2, off-shore projects could mix seawater with purified CO2 to speed up the reaction time. 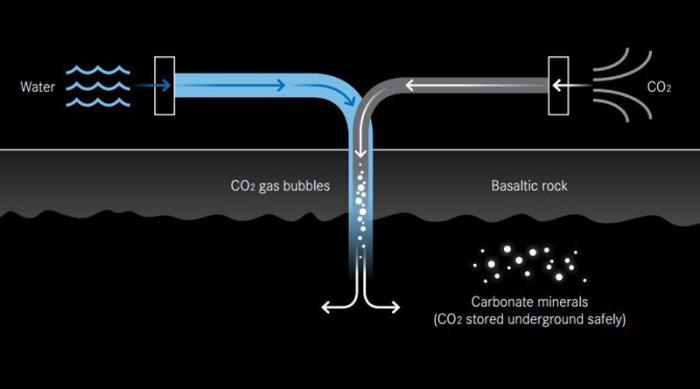 Pulling CO2 from the Environment

It is increasingly apparent that we will need to do more than just capture CO2 from power plants to keep temperatures from rising beyond 2° Celsius – we will also need to start taking CO2 out of the environment, as reports from the IPCC and the National Research Council (NRC) and National Academy of Sciences have warned.

In addition to basalt, Kelemen has been working with peridotite, a fast-reacting rock that comprises much of the Earth’s upper mantle and can be found near the surface on all continents and beneath the sea floor. This winter, he will be leading an international drilling project in Oman, where a large block of mantle has been pushed to the surface by plate tectonic forces and is exposed to weathering. The Oman formation naturally sequesters 10,000 to 100,000 tons of CO2 every year, leaving magnesium and calcium carbonate veins in the rock. Kelemen estimates that by speeding up the process, peridotite could be used to store 1 billion tons of CO2 per cubic kilometer of rock per year.

Fossil energy industries recognize the challenges ahead as the planet warms and the international community begins to take action. “They know they’re going to have to protect their investment by getting involved in carbon management,” Kelemen said.

Read more about technology and data innovations that are beginning to address some of humanity’s greatest challenges in the 2016 Lamont-Doherty Earth Observatory Annual Report.