Two scientists who untangled the complex forces that drive El Niño, the world’s most powerful weather cycle, have won the 2017 Vetlesen Prize for achievement in earth sciences. The $250,000 award will go to S. George Philander of Princeton University and Mark A. Cane of Columbia University’s Lamont-Doherty Earth Observatory. The men laid out the cyclic interaction of winds and currents that sweep the tropical Pacific Ocean every two to seven years, affecting weather across the world. Their work led to practical forecasts of such swings; institutions worldwide now monitor warning signs to help prepare for crop planting, disease control, and floods or droughts. 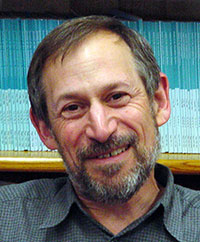 El Niño was long thought to be just an abnormally wet season in arid coastal Peru; often peaking around Christmas, it was dubbed in Spanish El Niño, the Christ child. But by the 1970s, modern observations suggested that El Niño was actually part of an irregular weather cycle in the tropical Pacific that affects vast land areas. Through the work of Cane, Philander and colleagues, scientists now understand that on one end of the cycle, strong winds blow east to west, pushing sun-warmed surface waters toward Asia, making way for deeper, colder water to well up near South America. On the other end—the part known as El Niño—winds abate, and more warm water collects in the east. Warmer water means warmer air, thus more evaporation, and more rain. This helps crops in parts of Peru, but can bring concurrent drought to Australia, weakening of Southeast Asia monsoon rains, and myriad other weather shifts as far off as Africa, Brazil and the United States. Each time the cycle reverses, so do the effects, depending on how far the pendulum swings.

When Cane and Philander began working in the 1970s, scientists were still vague on what caused such swings, and had no way to predict them. But research ships were by then collecting piles of marine data, and ever-more powerful computers were enabling scientists to analyze it—trends that both men took advantage of.

Philander, born in 1942, grew up the child of schoolteachers near Cape Town, South Africa. His family, classified as Colored under the apartheid system, sat near the bottom of the racial pyramid. As he recalled in an oral history, among other things, Coloreds received half the salary as whites for the same work; he was not even allowed to attend movies with whites. A brilliant student, he escaped by gaining admission to Harvard University. In 1970, he earned a PhD. in applied mathematics, based on his research into equatorial ocean currents. He carried out postdoctoral research into fluid dynamics at Massachusetts Institute of Technology (MIT), and soon moved to Princeton, where he is now a professor of geosciences.

Cane, born in 1944, grew up in Brooklyn, N.Y., and graduated from Midwood High School. His father was principal of a vocational public high school, his mother a school attendance officer. He also studied math at Harvard, graduating with a master’s in 1966. Deeply involved in liberal social causes, he took a long hiatus, attending civil-rights rallies, protesting the Vietnam War, and traveling the U.S. South to organize black voters. He took jobs as a computer programmer and a math teacher. After returning to school, he earned a PhD. at MIT in 1975, based on studies of equatorial winds and currents. He moved to Lamont in 1984. 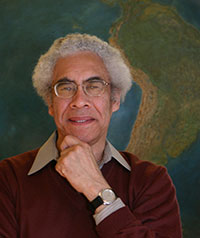 Working separately but in synergy, Philander and Cane explored the idea that El Niño is just one manifestation of a permanently unstable balance of Pacific Ocean weather that swings seesaw-like between extremes. Philander said, “Once, oceanographers thought only about water, and atmospheric scientists only about the air.” He and Cane developed a key insight: The two work tightly together. Modern observations showed them that in the tropical Pacific, there is little distance between warm surface water and the colder abyss. Their calculations then showed how shifts in wind can alter shallow currents to warm or cool the surface−and, as surface temperatures change, how this in turn alters winds. “This circular argument—the winds are both the cause and consequence of surface temperature changes—[gives] rise to phenomena such as El Niño,” said Philander. It was Philander who popularized the term “La Niña,” the state opposite El Niño, when winds pick up again, causing rains to slacken in the Americas, and swell in Asia. Philander also came up with numerical explanations for related phenomena, including why it is rainier immediately north of the equator than to the south.

Cane went the next step. Using marine weather observations leading up to a strong El Niño in 1982-83, he and his then student Stephen Zebiak designed a computer model that they believed could forecast El Niño months in advance. When they predicted another El Niño in 1986, elder scientists scoffed, but it arrived later that year. The model, since tweaked and adapted by others, has predicted almost every event since then, including the powerful El Niño of 2015-16. This advance has led to a network of Pacific buoys that register ocean heat and atmospheric conditions, and the establishment of forecast centers in a half-dozen nations.

In 1994, Cane and a student showed that maize yields in Zimbabwe declined in tandem with El Niño-connected dryness. Research by others quickly showed crop effects elsewhere, leading to efforts in many countries to project which crops to plant or not. Cane led the 1996 establishment of Columbia University’s International Research Institute for Climate and Society (IRI), which forecasts El Niño and related climate swings, and helps developing nations apply the forecasts. In addition to agriculture advice, IRI consults with the International Red Cross on stockpiling of relief supplies ahead of potential floods or droughts; public-health authorities on preparations for weather-influenced outbreaks of diseases such as malaria; and hydropower authorities on water management. In California, where El Niño can cause flooding, authorities clear out storm drains when it is forecast.

Philander has since returned to South Africa periodically to teach. In 2007, he began organizing workshops to introduce South African undergraduate students, particularly those from poor families, to the earth sciences. He is also the founder of the Applied Centre for Climate and Earth Systems Science, an interagency organization in South Africa that promotes education and research opportunities for students. In 2007, the University of Cape Town awarded him an honorary doctorate. In addition to more than 100 peer-reviewed papers, he is the author of four books, including Our Affair With El Niño, and The Encyclopedia of Global Warming and Climate Change.

How might global warming affect El Niño? “The models are all over the place,” says Cane. But he assumes that both droughts and floods on either end of the cycles will grow more intense, and the results may not be good. In 2011, he and two students published a paper suggesting that civil wars are already more likely to break out in much of the tropics during El Niño events, perhaps due to the pressures of extreme weather. And in 2015, he coauthored a widely discussed study suggesting that the Syrian civil war may have been sparked in part by a drought intensified by overall global warming. Philander’s take: “Global warming is a serious issue, but science has its limits. Our highest priority should not be doom and gloom, but addressing poverty and environmental justice. Earth is an amazing place−every time we make a new discovery about another planet, this one looks more exceptional. The only real prediction I can make is that we will be surprised.”

The Vetlesen Prize was established in 1959 by the New York-based G. Unger Vetlesen Foundation.  Awarded for “scientific achievement resulting in a clearer understanding of the Earth, its history, or its relation to the universe,” the prize was designed to be the Nobel Prize of the earth sciences. The prize is administered by Lamont-Doherty Earth Observatory, one of the world’s leading earth-science research institutions, which convenes a committee from both its own ranks and those of other major institutions to judge nominations. Former recipients have included geologist J. Tuzo Wilson, a key figure in the theory of plate tectonics; astronomer Jan Oort, who elucidated the architecture of galaxies and the outer solar system; geochemist Wallace Broecker, a father of modern climate science; and geologist Walter Alvarez, who linked the extinction of dinosaurs to an extraterrestrial impact. The most recent recipient, in 2015, was British volcanologist Stephen Sparks. Cane and Philander will receive this year’s prize in April in a ceremony at Columbia University.