Climate change could turn one of Africa’s driest regions wet, according to a new study. Scientists have found evidence in computer simulations for a possible abrupt change in the Sahel, a region long characterized by aridity and political instability. In the study, just published in the journal Earth System Dynamics, the authors detected a self-amplifying mechanism that they say might kick in once the planet’s average temperature goes beyond 1.5 to 2 degrees Celsius above pre-industrial times. This threshold, defined as the global danger limit by the Paris climate agreement, could be reached before the end of this century.

The authors say that much of Mali, Niger, Sudan, Eritrea and Chad could receive as much rainfall as more southerly regions including central Nigeria or northern Cameroon, which already boast a richly vegetated tropical climate. The Sahel, which fringes the Sahara desert, is home to more than 100 million people. “More rain in a dry region can be good news,” said lead author Jacob Schewe of Germany’s Potsdam Institute for Climate Impact Research. Coauthor Anders Levermann of the Potsdam Institute and Columbia University’s Lamont-Doherty Earth Observatory, called the size of the possible change “mind boggling. This is one of the very few elements in the earth system that we might witness tipping soon. Once the temperature approaches the threshold, the rainfall regime could shift within just a few years.” 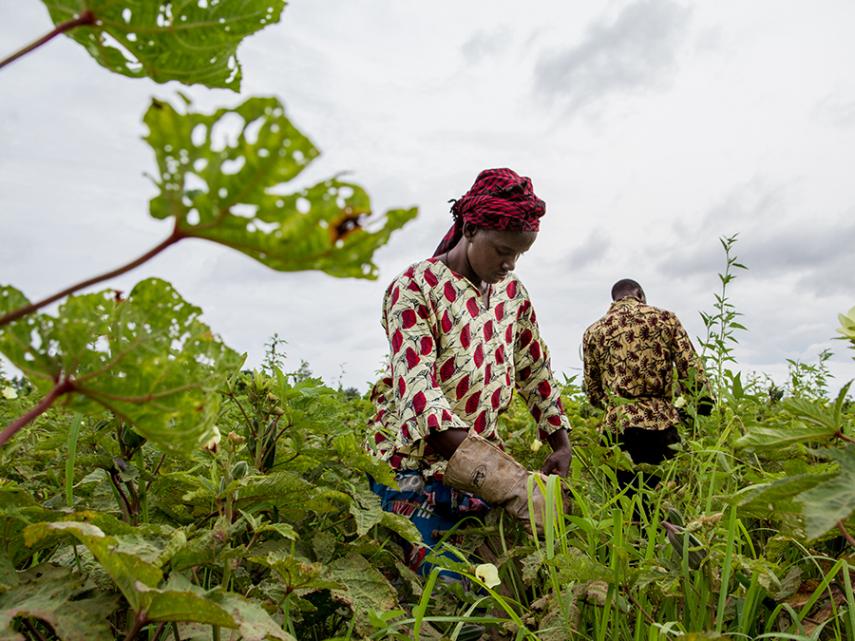 Dozens of previous computer simulation systems have indicated, on average, a weak wet trend for the Sahel, if climate change proceeds unabated. In the new study, the scientists took a closer look at the simulations that show the greatest rainfall increases–40 to 300 percent. They found that in these, as the surrounding oceans warm, Sahel rainfall would increase suddenly and substantially. During the same time, monsoon winds that blow from the Atlantic ocean to the African interior would get stronger and extend northwards. The authors say that this pattern is reminiscent of periods in earth’s history during which paleoclimate records show that African and Asian monsoon systems alternated between wet and dry, sometimes quite abruptly.

The scientists previously identified a self-amplifying mechanism behind the sudden rainfall changes. When the ocean surface temperature increases, more water evaporates. The moist air drifts onto land, where vapor is released as rainfall. When the vapor turns into rain, heat gets released. This increases the temperature difference between the generally cooler ocean and the warmer landmasses, sucking more moist winds into the continent’s interior. This again will produce more rain, and so on. “Temperatures have to rise beyond a certain point to start this process,” said Schewe. “We find that the threshold for this ‘Sahel monsoon’ is remarkably similar across different models.”

Levermann said that while more rain could be good news, it could pose challenges, particularly in the transition period between the dry conditions of today and conceivably much wetter conditions. Levermann said the Sahel might experience years of hard-to-handle variability between drought and flood. “Obviously, agriculture and infrastructure will have to meet this challenge,” he said.

(Adapted from a press release by the Potsdam Institute for Climate Impact Research.)