What Is a Supervolcano, and Should You Really Be Worried About the One at Yellowstone? 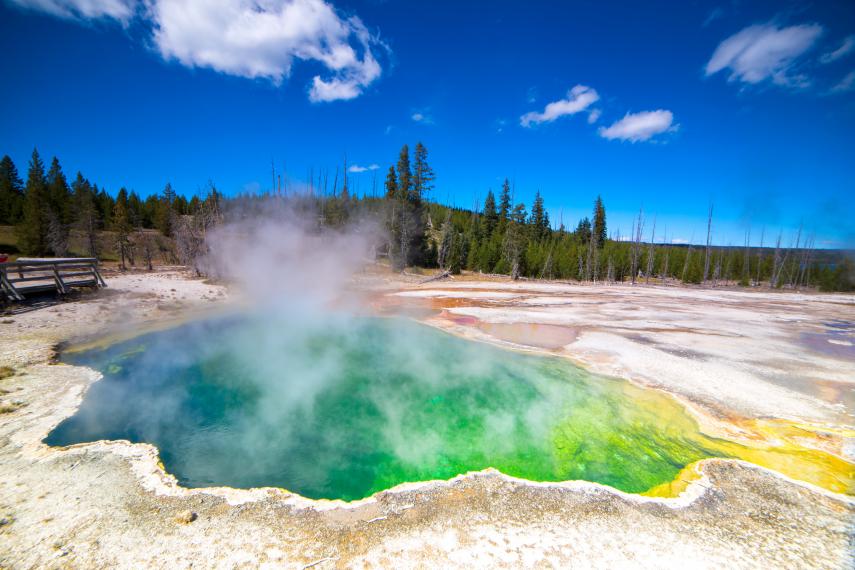 About two million years ago, the Yellowstone supervolcano blanketed a huge swath of the United States in ash, from North Dakota to southern California to Missouri. In total, scientists estimate 600 cubic miles of rock and ash blasted out of the volcano during this eruption—roughly equivalent to the amount of water that flows through Niagara Falls over the course of about four months.

Such super-eruptions have occurred three times in Yellowstone’s history, and if another were to happen in modern times, the effects would be quite disastrous. Although the lava would remain in the volcano’s vicinity, the ash that such an eruption would dump into the atmosphere and travel widely, potentially causing lung problems throughout the region, choking the Midwest’s agricultural crops, and cooling the global climate.

What the research actually says

The headlines were based on a presentation by researchers at the Arizona State University. The team found that, 631,000 years ago, Yellowstone’s last major eruption may have been triggered when new magma flowed into the volcano’s reservoir. Minerals from that eruption’s deposits indicate that it took only a few decades to build up the heat and pressure required for the mega-eruption—much faster than previous estimates, which suggested we’d be able to read the warning signs perhaps hundreds or thousands of years before it happened. However, the researchers said nothing about an eruption being imminent.

“It’s alarming, but it would be more alarming if there were any indication that something like this is actually happening,” says Lev. “We don’t know if new magma is coming in, but it doesn’t look like it is.”

What is a supervolcano?

Volcanologists typically rank eruptions based on how much stuff they spew out, whether it’s lava or rock bits and ash. The Volcanic Explosivity Index (VEI) runs from 0 to 8, with 0 meaning the eruption is non-explosive—the lava just oozes out—and 8 meaning it blows out 1,000 cubic kilometers (240 cubic miles) or more of rock and ash. A “supervolcano” is any volcano that has had one of these magnitude 8 eruptions in the past.

In 1991, Mount Pinatubo in the Philippines exploded, ejecting a cubic mile of material out of its top and generating an ash cloud 22 miles high. The eruption killed 350 people and its ash, by blotting out sunlight, cooled the entire world by about one degree Fahrenheit for more than a year.

That eruption was a 6 on the VEI scale. A magnitude 8 eruption would be 100 times bigger. Fortunately, although such an eruption would cool the global climate, “it’s not going to wipe out all of life on Earth,” says Lev.

However, she says, “you’re going to have dust and ash going very far. It’s not good for aviation, or any kind of agriculture, and if you breathe it, it’s not good. Anywhere close to the eruption would be not faring very well, for sure.”

Is there any way to prevent a super-eruption?

Nothing that scientists are sure would work. A group at NASA has proposed that it might be possible to tame a supervolcano by drilling down near its magma chamber and piping in water to cool it, thus relieving some of the pressure. As a side benefit, the geothermally heated water could be used to generate electricity. However, another possible side effect is that the drilling could trigger a super-eruption.

So, should we be worried?

Scientists are closely monitoring the Yellowstone volcano, keeping an eye out for seismic activity and changes in the composition and flow of the gases inside.

“We will know well before anything happens,” says Lev.