What We Know (and Don’t Know) About Sea Level Rise

By Bill Chaisson, Center for Climate and Life 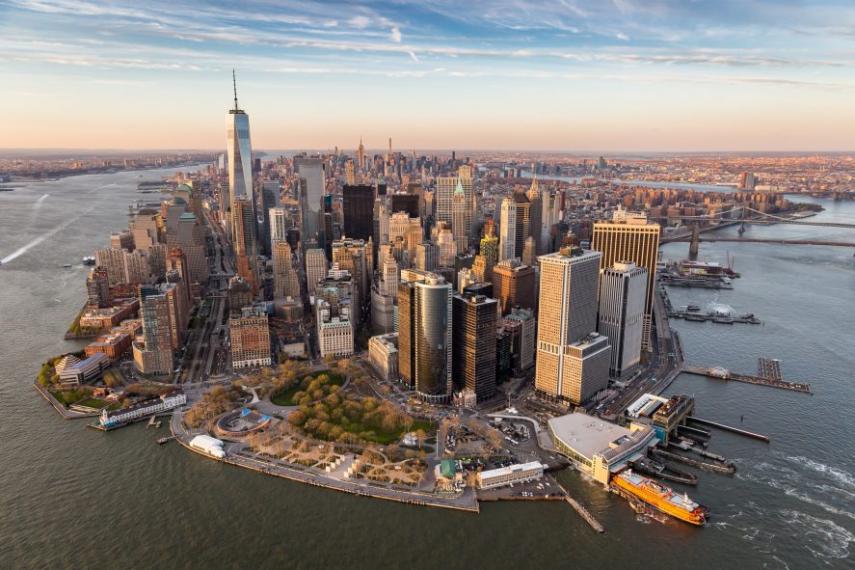 In 1969, Hurricane Camille, a Category 5 storm, destroyed every structure on the coast of Mississippi, including the beach home of Duke University geologist Orrin H. Pilkey’s parents. Previously a specialist in deep-sea sediments, Pilkey began to investigate the relationships among climate, sea level, and beaches. As early as 1979, he began to sound the sea level alarm with books like The Beaches are Moving: The Drowning of America’s Shoreline. Like many whistleblowers, he was not always warmly received. “Twenty-five years ago,” Pilkey said in a 2006 Grist interview, “when I began speaking and writing about seawalls and how they destroy beaches, I was shocked at the tenor of the response to this idea both from professional engineers and from developers and politicians … As a scientist, I was unaccustomed to such personal attacks.” Nonetheless, he persisted.

In 1990 the Intergovernmental Panel on Climate Change (IPCC) released their first assessment report. Each section included a summary for policymakers. The data available at the time suggested sea level would rise 6 centimeters (~2.5 inches) per decade in the coming century. In 2006, former Vice President Al Gore released the film An Inconvenient Truth. If the general public wasn’t thinking seriously about climate change and sea level rise before that, they have been since as sea levels have risen faster than projections with sharply increasing economic costs.

On May 4, 2018 the Tamer Center for Social Enterprise at the Columbia Business School and Lamont-Doherty Earth Observatory will convene a conference to discuss the potential effects of sea level rise on coastal property and investment. Lamont polar experts Marco Tedesco and Robin Bell provide a primer for non-scientists on the study of climate change as it relates to sea level changes.

According to Tedesco and Bell, since 2000 the consensus that global warming is the cause of sea level has grown stronger and stronger in the scientific community. “The consensus about global warming being responsible for sea level rise comes from the knowledge of the physical processes,” wrote the LDEO scientists in response to emailed questions. “A warming planet promotes sea level rise through the expansion of water as the oceans warm and the melting of the Greenland and Antarctica ice sheets, as well as mountain glaciers.”

While both scientists study the polar regions, Tedesco has focused on Greenland and Bell on Antarctica. Both have been part of recent recognition that not only is sea level rising, but the rate may be accelerating. Tedesco and his colleagues have found that algae growing on the surface of the Greenland ice sheet may be accelerating melt by darkening the surface. Bell and her colleagues have discovered that the West Antarctic Ice Sheet may be subject to rapid collapse if the ocean is allowed beneath it, past the line where it is presently grounded.

Since 1800 sea level has been measured around the world using tidal gauges, essentially marked sticks fixed in the intertidal zone. The TOPEX/Poseidon satellite, which was launched in 1992, was equipped with the first space-based altimeter, and it has been succeeded by the Jason series of satellites. This database is one with unprecedented coverage—tidal gauges make only near-shore measurements—and accuracy. 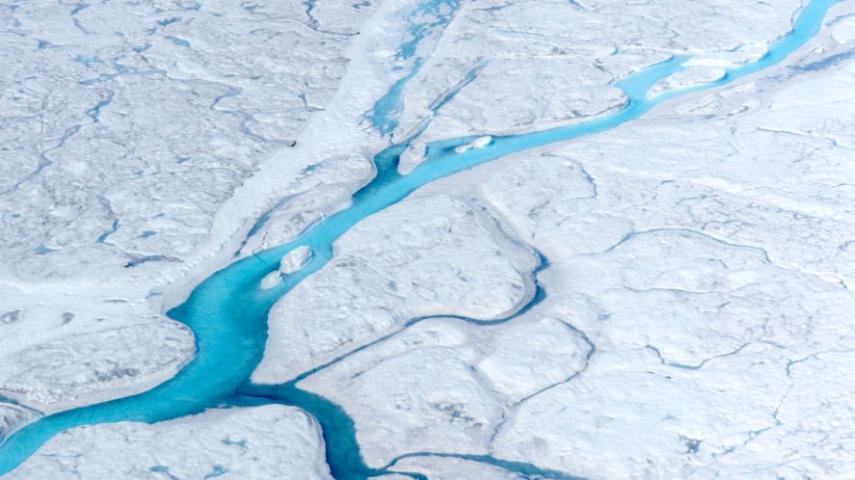 By the 1990s, satellite data suggested that sea level was rising slowly, indicating a gradual linear rise of 25 centimeters (~10 inches) by the end of the century. However, a new analysis of an updated record confirms that sea levels are rising at an accelerating rate, and future sea level rise projections from these observations have more than doubled to 65 cm (~2 feet) by the end of the century. As long ago as the first IPCC report (1990), the consensus of the community was for at least a 60-centimeter rise by 2100. This three-foot increase will put underwater much of LaGuardia Airport, most of the Meadowlands, and nearly all the islands in Jamaica Bay. According to Bell, some new models of Antarctic ice loss predict 2 meters (~6.5 feet) of sea level rise by 2100, which would almost entirely inundate Coney Island, all the Rockaways, and Long Beach.

But as Tedesco and Bell note, the ocean is not a bathtub. The ocean is advancing upon the land (or retreating from it) at different rates around the world. Tectonic movements can be upward or downward, human withdrawal of fluids (particularly water or fossil fuels) causes sinking and rebound of the Earth’s surface from the weight of past glaciations causes uplift. These parochial factors introduce uncertainty to predictions for particular regions. In addition, there is uncertainty about the mechanisms that drive global changes in sea level.

As with weather forecasting, we are improving our understanding of how ice sheets change. The main ‘gotchas’ include one, when the air warms and there is more melt, will that additional melt fracture the ice shelves triggering collapse or will the water drain harmlessly into the ocean? Two, will a warming ocean continue to reach the grounding lines [of the West Antarctic ice sheets] where there is thought to be a feedback that accelerates collapse. And three, do changes in atmospheric patterns due to changes in the Arctic—for example, the Arctic Amplification—promote more melting, as it has been happening over the past decade or so. This can also promote more extreme events—like floods and inundations—that will add up to the sea level rise effect.

The Arctic Amplification that they mention is the term given to the effect of the much-publicized loss of Arctic sea ice. It is an example of the many non-linear processes in the Earth systems that contribute to sea level rise. The loss of Arctic sea ice darkens the ocean’s surface in the north polar region, and re-radiation of heat from the water warms the overlying air, changing atmospheric circulation, with consequences well beyond the Arctic region. 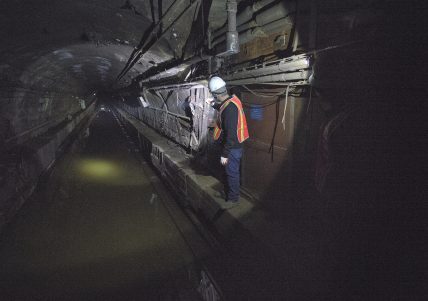 Many of the phenomena that contribute to sea level can be understood once they begin to occur, but not all of them have necessarily been predicted. Furthermore, at times when they have been predicted, the predictions have not been heard or heeded. For decades Orrin Pilkey repeatedly described to the dismay of developers how sea level rise would exacerbate the erosive power of storms that surged over East Coast beaches.

Sea level has risen 11 inches in Manhattan during the last century. “Even these seemingly small changes in sea level have a tremendous impact during storms,” Tedesco and Bell noted, echoing Boothroyd and many members of the coastal geology and climate science community. “Sandy is the easiest example.”

In October 2012, Hurricane Sandy swept up the East Coast from the Caribbean. The storm surged over the seawalls and sent the ocean into the streets and subway stations of Manhattan. In one day, the weather killed 42 people and did an estimated $19 billion damage in New York City alone. Given what is understood about sea level rise and climate change, much is uncertain, but we know that storms like Sandy will come again. And again.

On May 4 LDEO climate scientists and members of the business community will gather together in the same room to talk about how “ice sheet and sea level rise … trends [will] affect returns, creating both risks and opportunities for investors and business leaders.”

This new and constructive approach is one sign that Orrin Pilkey and other coastal geologists have been heard.