Will Trump’s Environmental Policies Send Us Over Climate Tipping Points? 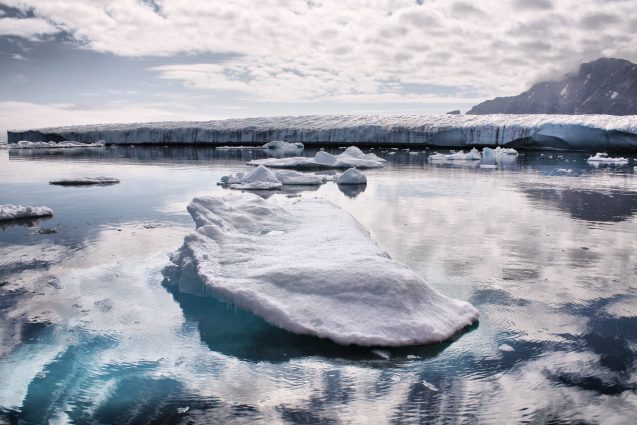 The Intergovernmental Panel on Climate Change (IPCC)’s new report projects that if greenhouse gas emissions continue at the current rate, global temperatures could rise 1.5˚C between 2030 and 2052. Though it doesn’t sound like much, this 1.5˚ rise could trigger extreme temperatures, heavy precipitation, more intense droughts, food and water shortages, risks to human health, increased poverty and other serious effects in some regions. Stabilizing the climate at 1.5˚could stem some of the even more catastrophic and irreversible impacts of climate change.

Despite these warnings, the Trump administration, in support of the fossil fuel industry, is attempting to rescind almost all the policies to fight climate change proposed or enacted by the Obama administration. In an op-ed written before Trump was elected, Michael Gerrard, director of the Sabin Center for Climate Change Law at Columbia University, said, “…if Donald Trump wins the election and carries through on his campaign promises…The effects on the global climate will persist not only for the four or eight years of his presidency, but for generations.”

How much of an impact could Trump’s rollbacks of climate policy have on greenhouse gas emissions and climate change? Could they push the planet over crucial tipping points?

What are the climate tipping points?

A tipping point is the point at which small changes or incidents become significant enough to cause a larger, more important change. The change could be abrupt, irreversible, and/or lead to runaway effects.

The main climate tipping points scientists worry about are: 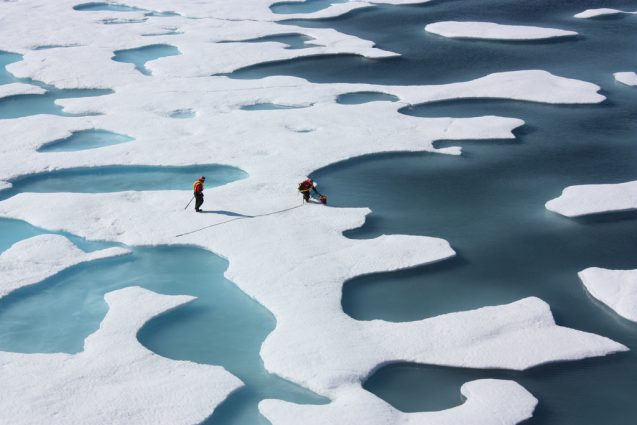 According to the IPCC report, the melting of the Greenland and West Antarctic ice sheets could be set off by a 1.5˚ to 2˚ increase, resulting “in multi-metre rise in sea level over hundreds to thousands of years.” 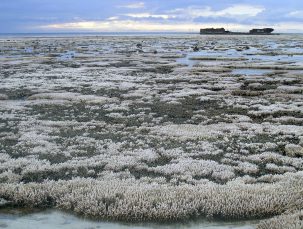 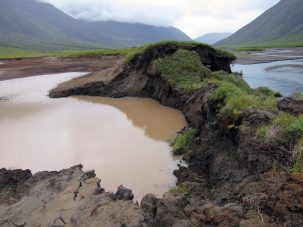 A recent study sought to find where the threshold for these tipping points might be. The scientists determined “that a 2°C warming could activate important tipping elements, raising the temperature further to activate other tipping elements in a domino-like cascade that could take the Earth System to even higher temperatures”—sending Earth into an irreversible “hothouse” state. Moreover, even if it’s possible to achieve the Paris accord’s aspirational goal of 1.5˚, feedbacks could still push Earth into a hothouse state. For example, at 1˚ to 3˚ C warmer, research suggests that the melting of the Greenland and West Antarctic ice sheet and Arctic sea ice could alter the thermohaline circulation. This, in turn, would result in warmer temperatures in the northern high latitudes, which could trigger permafrost thawing, loss of Arctic sea ice and dieback of the boreal forest.

“At this this point, global science hasn’t advanced enough to really know when tipping points will go into play, if they will go into play,” said Richard Seager, who studies climate variability at the Lamont-Doherty Earth Observatory. “We can’t be sure what’s going to happen so it’s all the more risky going there. But the climate changes that we’re causing already—steady temperature rises, steady drops in precipitation, steady increases in the variability—are worrying enough, even in the absence of all these potential tipping points and cascading feedbacks and catastrophic sea level rise.”

In the face of these risks, as of July 2018, the Trump administration had gotten rid of six policies regulating air pollution and emissions, with 12 more rollback proposals in process. It also eliminated 11 rules on drilling and extraction with six more ongoing rollbacks. In addition, Trump has promised to pull the U.S. out of the Paris Agreement, though countries cannot officially withdraw until the end of 2019.

The following attempts at policy reversals could have the most impact on the climate.

The goal of Obama’s Clean Power Plan was to reduce CO2 emissions from power plants by 32 percent below 2005 levels by 2030. It allowed states to choose from a variety of strategies—renewable energy, energy efficiency, natural gas, and nuclear power—to achieve their overall reduction goals. It was never implemented, however, because a number of states challenged it in court; the case was stayed in 2016. 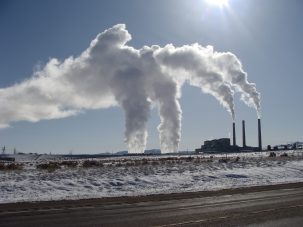 Under Obama’s Clean Power Plan, existing power plants that made upgrades would have had to meet certain pollution standards. The Affordable Clean Energy Rule, however, would require meeting the standards only if a plant increased its hourly emissions. In other words, if a plant ran less per hour, it would not have to meet the standards even if it ran for more hours and increased its overall emissions.

The Clean Power Plan would have cut 67 million metric tons of CO2 by 2030; Trump’s plan, which has not yet been finalized, would reduce emissions by 12 to 24 million metric tons, only a 0.7 to 1.5 percent reduction from business-as-usual.

“There’s not a final decision yet,” Gerrard said of the Affordable Clean Energy Rule, which is still open to public comment, “but as soon as there is, there will be lawsuits.”

In 2009, the Obama administration set fuel economy standards for cars and light trucks to get an average of 35.5 mpg by 2016; the standards were extended in 2012 to mandate an average of 54 mpg by 2025. The Trump administration’s Safe Affordable Fuel-Efficient Vehicles Rule  proposes to freeze these standards at 2020 levels at about 37 mpg through 2026. The administration has also threatened to revoke California’s ability to set its own stricter standards, which are followed by a dozen other states. 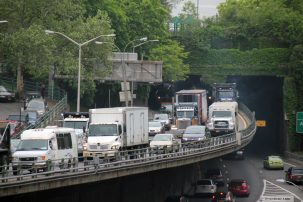 Obama’s vehicle standards were projected to reduce 6 billion metric tons of greenhouse gas emissions over the lifetime of passenger vehicles sold from 2012 to 2025, and cut 2.5 billion metric tons of greenhouse gas emissions from passenger cars and heavy-duty vehicles through 2029. Trump’s Safe Affordable Fuel-Efficient Vehicle Rule would result in 713 million more metric tons of C02 emissions than the existing Obama standards over the lifetime of vehicles through 2029. Seventeen states and the District of Columbia, led by California, have preemptively sued the EPA over the new vehicle efficiency standards, arguing that they violate the Clean Air Act. 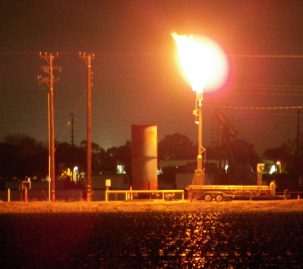 In addition, the Department of the Interior has loosened an Obama-era regulation requiring the oil and natural gas industry to detect and capture methane leaks on federal lands and pay royalties on it. California and New Mexico are suing the administration for rolling back this rule.

Trump has approved the Keystone XL and Dakota Access Pipelines, despite opposition from Native American tribes whose land the pipelines pass through. The Keystone pipeline, which will break ground next year, will carry crude oil from Alberta, Canada, through Montana, North and South Dakota, and Nebraska to the Gulf Coast. The Dakota Access Pipeline is already carrying crude oil from North Dakota to Illinois via Iowa. 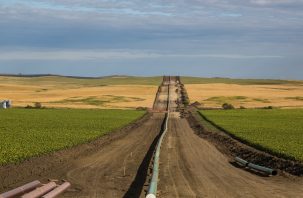 The Trump administration has also lifted an Obama era moratorium on new coal mining on 643 million acres of federal land. New York, California, New Mexico, Washington, environmental groups and the Northern Cheyenne tribe have filed suit asserting that the reversal will aggravate global warming. In addition, the administration has lifted a ban on offshore oil and gas drilling in almost all coastal waters of the U.S.; and it is allowing oil and gas drilling on the Coastal Plain of the Arctic National Wildlife Refuge, a critical habitat for polar bears.

By increasing supply and ease of delivery, these projects lower fossil fuel prices and encourage consumers to continue using them, resulting in more dangerous global-warming emissions.

Hydrofluorocarbons (HFCs), used in air conditioners and refrigerators, are thousands of times more potent than CO2 at trapping global warming emissions over a 100-year time period. In 2015, Obama finalized a rule to phase them out and substitute less harmful alternatives. The Trump EPA announced it would not enforce the law. Eleven states and the District of Columbia are suing the administration, demanding enforcement of the rule.

The effect of Trump’s climate policies

To determine how Trump’s climate policies might effect U.S. carbon emissions, the World Resources Institute looked at seven different studies. They estimated that if Trump’s policies were implemented, emissions in the U.S. in 2025 would range from the equivalent of 5.6 to 6.8 gigatonnes (Gt) of carbon dioxide. Under Obama’s policies, emissions would have ranged from about 5.0 to 6.6 Gt. Under either scenario, the U.S. is on track to overshoot its Paris Agreement target of 4.8 to 4.9 Gt.

While the difference in total emissions between Obama’s and Trump’s policies may sound negligible, bear in mind that one gigatonne is equal to 1,000,000,000 metric tons, roughly twice the mass of all people on Earth. The U.S., which is number two in carbon dioxide emissions behind China and the largest economy in the world, is responsible for 15 percent of global emissions—it should be doing all it can to help keep the planet below 1.5˚. The new IPCC report estimated that for a 66 percent chance of staying below 1.5˚C, from this point forward, the world must not emit more than 420Gt of carbon. At the current rate of emissions, that gives us 10 years. 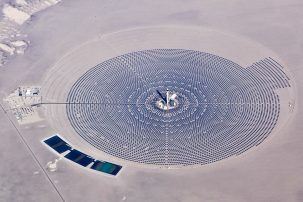 While the attempted reversals of climate policy are worrisome, Gerrard said that there is less to Trump’s efforts at environmental deregulation than meets the eye. “It’s slightly less terrible than it appears. There are more press releases than actual repeals of regulations,” he said. “Several of the repeals have been reversed by the courts [such as the administration’s attempt to delay publication of household appliance energy efficiency standards]. And everything that Trump does along these lines will be challenged in court.”

The presence of Brett Kavanaugh on the Supreme Court, however, could be cause for concern. Gerrard explained that Congress has not passed any new environmental laws since 1990, with the exception of an update of the Toxic Substances Control Act in 2016. As a result, the EPA needs to adapt its existing laws to new climate challenges. “Kavanaugh has been in the forefront of inhibiting legal adaptation,” he said. “He thinks that unless something was clearly authorized by Congress at the time that Congress acted, agencies can’t go further… He’s only one vote, but it’s certainly a negative influence.”

Ultimately, U.S. emissions will depend on how quickly policies are rescinded or revised, what will replace them, as well as the effectiveness of actions by states, cities and companies that have pledged to keep to the Paris accord.

Can we avoid the tipping points?

The world has warmed about 1˚C in the last century. According to the IPCC report, staying below 1.5˚C is still possible, but will require “rapid and far-reaching transitions in energy, land, urban and infrastructure (including transport and buildings), and industrial systems.” Global CO2 emissions must be reduced 45 percent from 2010 levels by 2030, and reach “net zero” by 2050. Short-lived greenhouse gas emissions, such as methane (from oil and gas production, agriculture and landfills) and HFCs, must also be sharply reduced. And any remaining emissions will need to be removed from the air through carbon dioxide removal technology, which is still in its infancy.

Coal, which generates nearly 40 percent of our electricity today, must drop to 1-7 percent by 2050; renewable energy, used for 20 percent of today’s electricity, will have to generate 67 percent by then. Putting a high price on carbon through a carbon tax or a cap and trade program is key to substantially reducing carbon emissions. 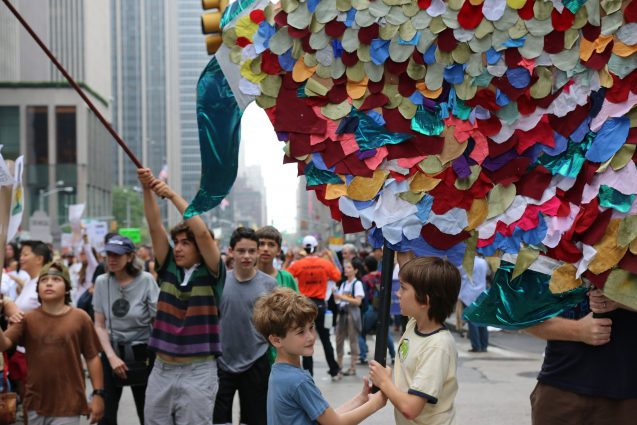 The world—not just the U.S.—needs to get serious about climate change as a matter of survival, said Seager. And though it won’t be easy, we humans have overcome daunting challenges in the past. “People got extremely motivated and excited about beating the Nazis, and in the space race, and they were willing to make sacrifices for those victories,” he said. “We need to have the same attitude now to persuade the new generation that this is what’s fallen to them and they’ve got to solve it. But it’s a very exciting thing to be involved in and achieve success in… and I think there’s room for optimism.”

Track the status of the Trump Administration’s rollback of environmental policies at the Sabin Center for Climate Change Law’s Climate Change Deregulation Tracker, and with Harvard University’s Rollback Tracker.