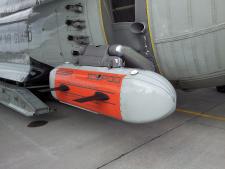 The polar ice sheets are changing at a rate faster than previously predicted. While satellites have measured how the ice sheets are thinning, accelerating and losing mass, spaceborne instruments are unable to provide the coincident observations on the ice surface and ice bed necessary to understand why the ice sheets are changing. This project will develop an integrated ice imaging system capable of measuring in detail both the ice surface and the ice bed. The icePod system will be installed and operated on New York Air National Guard LC-130 aircraft during routine and targeted missions across Antarctica and Greenland as a shared community research facility providing data to scientists and educators globally.

The fundamental data sets produced by the icePod system are necessary to support the development of accurate ice sheet models to predict sea level rise. The icePod system will consist of a suite of imaging sensors mounted in an external pod carried on New York Air National Guard LC-130’s to map the surface and subsurface ice topography of ice sheets, ice streams and outlet glaciers. The icePod imaging system will leverage a newly available instrumented door plug that can be installed in any LC-130 rear troop door. The instrumentation system will include a scanning laser for precise measurements of the ice surface, visible and infrared imaging cameras to document the ice surface structure and temperature and an ice-penetrating radar to recover the ice thickness and constrain the distribution of water at the ice sheet bed. Geo-referencing of the measurements will be provided by precision GPS satellite data integrated with inertial technology. This project will design, build, calibrate, test and commission the instrument over a five-year period. The goal of the icePod instrumentation is that the sensor system will become a facility operated for the science community and the data will be served to the science community through a supported polar data center.