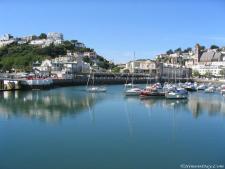 The panic is based on a long held belief of the British, other Europeans, Americans and, indeed, much of the world's population that the northward heat transport by the Gulf Stream is the reason why western Europe enjoys a mild climate, much milder than, say, that of eastern North America. This idea was actually originated by an American military man, Matthew Fontaine Maury, in the mid nineteenth century and has stuck since despite the absence of proof.

We now know this is a myth, the climatological equivalent of an urban legend. In a detailed study published in the Quarterly Journal of the Royal Meteorological Society in 2002, we demonstrated the limited role that ocean heat transport plays in determining regional climates around the Atlantic Ocean. A popular version of this story can be found here.