LDEO plans to conduct seismic surveys in the Deep Galicia Basin of the northeast Atlantic Ocean west of Spain. The goal of the proposed research is to collect data necessary to study the rifted continental to oceanic crust transition in the Deep Galicia Basin west of Spain. This margin and its conjugate are among the best studied magma-poor, rifted margins in the world, and the focus of studies has been the faulting mechanics and modification of the upper mantle associated with such margins. Over the years, a combination of 2-D seismic reflection profiling, general marine geophysics, and ocean drilling have identified a number of interesting features of the margin. Among these are the S reflector, which has been interpreted to be a detachment fault overlain with fault bounded, rotated, continental crustal blocks and underlain by serpentinized peridotite, and the Peridotite Ridge, composed of serpentinized peridotite and thought to be upper mantle exhumed to the seafloor during rifting. To achieve the project’s goals, the Principal Investigators propose to use a 3-D seismic reflection survey, 2-D survey, and a long-offset seismic program extending through the crust and S detachment into the upper mantle to characterize the last stage of continental breakup and the initiation of seafloor spreading, relate post-rifting subsidence to syn-rifting lithosphere deformation, and inform the nature of detachment faults. Ocean Bottom Seismometers (OBSs) and Ocean Bottom Hydrophones (OBHs) would also be deployed during the program. It is a cooperative program with scientists from the U.K., Germany, Spain, and Portugal. 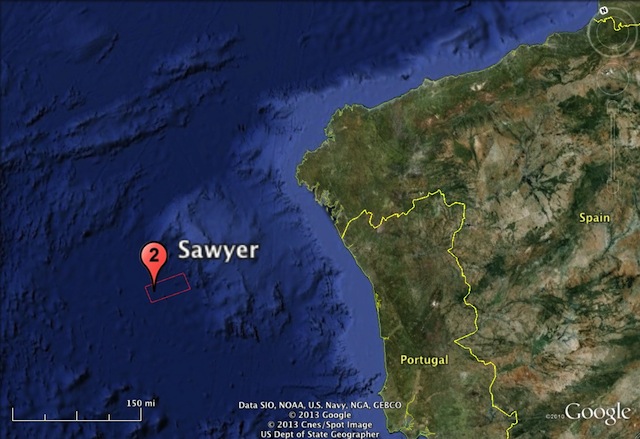