Earthquakes are among the most destructive forces on the planet. In the last decade alone, a surge of huge, so-called “great” earthquakes caused hundreds of thousands of fatalities and billions of dollars in economic losses as shaking and associated landslides and tsunamis devastated cities. Yet our ability to anticipate the timing and impact of future earthquakes remains elusive. Nearly all of these recent great earthquakes upended previously held ideas about the way earthquakes work.

The Anticipating Earthquakes initiative has assembled a team of experts and developing the cutting-edge technology to analyze and anticipate earthquake behavior. This effort is vital to improve local risk assessments and disaster planning to help communities survive earthquakes. Its mission is to improve understanding of the physical processes that trigger earthquakes and control how they evolve. By developing deeper knowledge about earthquake risk and behavior, we can help policymakers improve disaster preparation and prevention policies such as building codes that help communities survive earthquakes large and small. 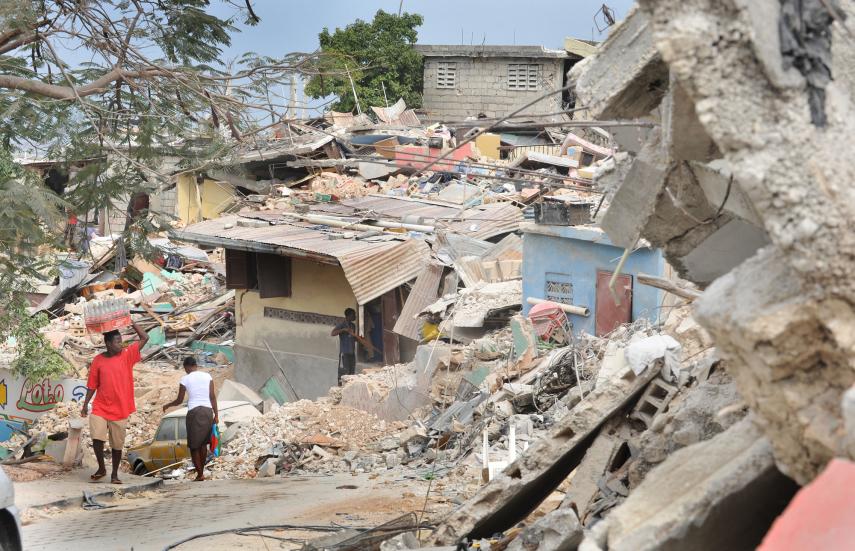 Tackling this important challenge requires a multi-faceted approach, including monitoring seismic activity, imaging faults, conducting laboratory experiments, and building computer models that simulate earthquake behavior. It requires scientists to be nimble, so that when earthquakes occur, we have the personnel and resources necessary to acquire critical information quickly. Private support for Anticipating Earthquakes makes these projects possible through targeted hires, instrumentation, computing power, and fieldwork on land and sea.

Lamont is the established authority for tracking significant earthquake activity worldwide. In partnership with the U.S. Geological Survey, Lamont is responsible for detecting earthquakes in the Mid-Atlantic region. We use high-performance and “big data” computation to simulate earthquake behavior and image earthquake slip on faults with unprecedented precision. In the Rock Mechanics Lab, we simulate conditions deep in the Earth where earthquakes start and extrapolate earthquake physics from the lab to real-world scales. At sea, the Observatory operates the R/V Marcus G. Langseth, the world’s premier academic seismic research vessel, which can image the faults deep below the ocean floor that create destructive great earthquakes and tsunamis. Lamont’s Ocean-Bottom Seismology (OBS) Laboratory deploys cutting-edge seafloor instrumentation in all of the world’s oceans to monitor earthquakes.

With this powerful and unmatched combination of research strengths and facilities, we are making major advances in understanding faults and our ability to anticipate earthquakes.

You can be part of this critical work. Private support for the Anticipating Earthquakes initiative makes these projects possible through fellowships for scientists and students, targeted hires, instrumentation, coputing power and fieldwork on land and sea.

With your support we can provide the fundamental knowledge communties need to anticipate their earthquake risks and prepare for the future.