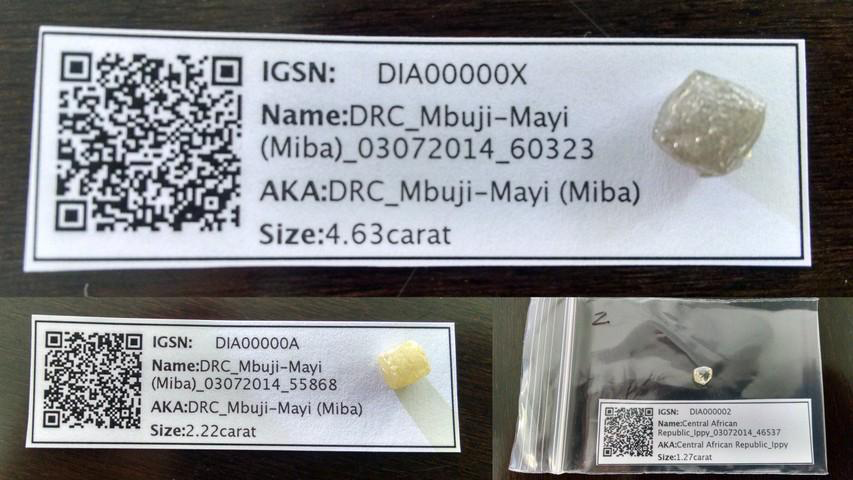 The Alfred P. Sloan Foundation, one of the nation’s largest private not-for-profit organizations, has awarded Columbia University’s Lamont-Doherty Earth Observatory a grant to support an international initiative to establish an international cross-disciplinary system for the registration and globally unique identification of physical samples used in scientific research. Such a system will permit such samples to be located for re-use, cited, and linked to data and publications to make scientific results more reproducible. The initiative builds on the International Geo Sample Number (IGSN), a sample identification system that was developed at Lamont with funding from the National Science Foundation to overcome data management problems in the geosciences created by the often ambiguous nature of sample names and lack of consistent and accessible sample descriptions.

“Nearly two decades ago, I was compiling geochemical measurements of volcanic rock samples into the PetDB database”, said IGSN President and Lamont-Doherty Senior Research Scientist Kerstin Lehnert. “It was often very difficult, if not impossible, to attribute the data published in a scientific article to a specific sample, because the same sample name was used for different specimens or had changed through the course of the sample’s lifetime, and relevant sample metadata were missing in the papers. This experience motivated me to create a mechanism to uniquely identify a sample and link to a description of the sample that resides in a persistent, online accessible catalog. Thus, the IGSN was born.” Today, the IGSN also fulfils an essential role in the context of open and transparent science: It makes samples discoverable and accessible on the internet so that measurements can be repeated and validated, or new measurements made.

In 2011, the IGSN went global with the founding of the IGSN e.V., a non-profit organization that governs the IGSN. Today, the IGSN e.V. has members in five continents, who generate IGSNs for their users. Over the past year, major organizations including several national geological surveys, data service providers, and funding agencies in the US, Europe, and Australia have joined the IGSN organization, and there is growing demand to expand it to physical samples generally. In order to adequately accommodate the anticipated diversity of sample types from other scientific disciplines and the volume of samples to be registered as adoption grows, many technical aspects of the IGSN system such as metadata schema, categorization schemes, etc. need to be revised. And a sustainable business model is needed for the IGSN e.V. to ensure trustworthiness and persistence of its services. The funding from the Sloan Foundation will support a series of workshops, at which international experts will come together to redesign the IGSN system and its management to allow researchers world-wide use the IGSN with confidence. Experts from the US, UK, France, Australia, Japan, and South Africa will participate in this effort.

“Dr. Lehnert and her team have built a powerful, intuitive system that has the potential to transform the way researchers discover, share, and refer to samples across dozens of scientific disciplines,” says Joshua M. Greenberg, Program Director at the Alfred P. Sloan Foundation. “The Sloan Foundation is excited to be able to support the IGSN at this pivotal moment in its development.” The project will establish a solid, executable plan for the future of the IGSN that will enable new organizations to participate easily and with confidence in the global network of organizations and services that support the integration of physical samples into the research data ecosystem. The outcomes of the project will be applicable to other unique persistent identifier (PID) systems and may be used to inform PID projects in other areas of scientific research.