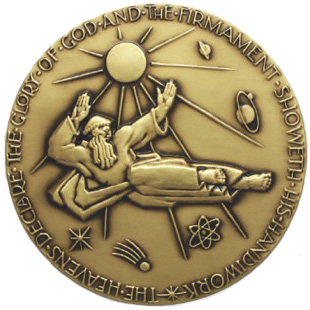 The Vetlesen Prize, established in 1959 by The G. Unger Vetlesen Foundation, is awarded for scientific achievement that has resulted in a clearer understanding of the Earth, its history, or its relation to the universe. The prize consists of a medal and a cash award of $250,000.

The prize will be awarded to a single individual, who can reside and work anywhere in the world. The prize is administered by Columbia University’s Lamont-Doherty Earth Observatory.
Nomination packages should include at least two letters that describe the nominee’s contributions to a fuller understanding of the workings of our planet, along with a one-paragraph biographical sketch and the full curriculum vitae of the candidate.
Please submit nomination packages to:
Maureen E. Raymo, Director
Lamont-Doherty Earth Observatory
P.O. Box 1000, 61 Route 9W
Palisades, NY 10964
845/365-8729
or via electronic submission to: vetlesenprize@ldeo.columbia.edu
Call
Send SMS
Add to Skype
You'll need Skype CreditFree via Skype
Events ›