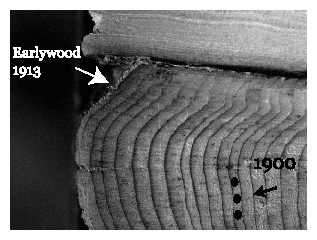 Pictured below is a cabin found during
the 1999 sampling season near Giffin
Glacier inWrangell St. Elias NationalPark. Samples from this cabin (right) showed the cutting date to be in the growing season of 1913. 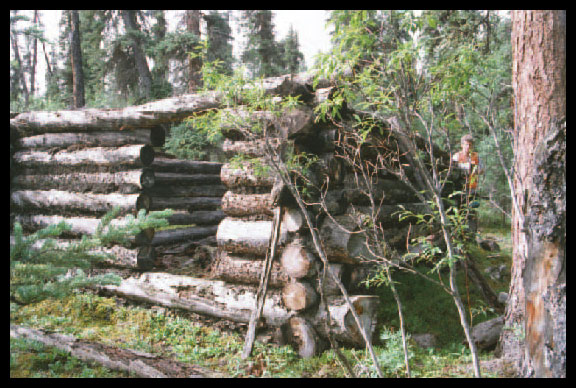 Climate can have a profound and sometimes disastrous effect on humans. Oral

traditions recorded by William Oquilluk (pictured above), describe a disaster several centuries ago to the northwest Inuit due to severe summer cold.   Reconstructed summer temperatures show 1783 to be the coldest temperature in over 400 years in this region (graph below), possibly the coldest in over 1,000 based on other tree-ring data. The year 1783 was also the year of the Laki volcanic eruption.  As a result, extremely low latewood density can be seen (below) in the annual tree-ring of that year, indicating extreme cold (Jacoby et al., 1999). Early explorers to North West Alaska also reported population decrease and famine around the same time . 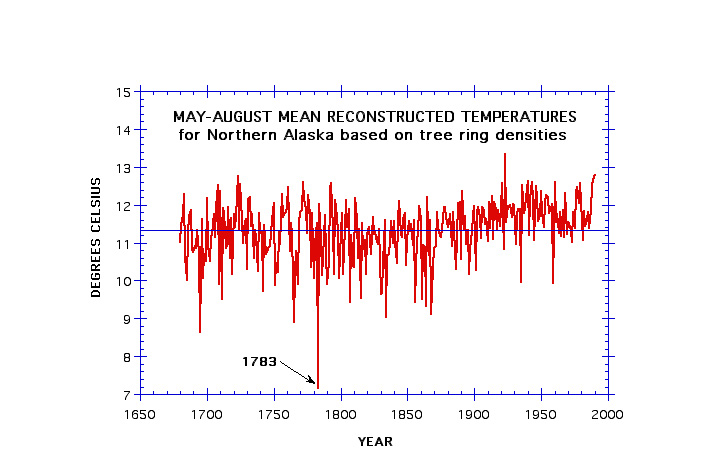