TRL scientists were among the first to successfully apply tree-ring dating techniques to colonial period, architectural timbers in eastern United States.  In the late 1970’s and early 80’s Dr’s Jacoby and Cook began dating historic structures in the lower Hudson River Valley, northern New Jersey and eastern Pennsylvania for agencies like the National Park Service, and various historical societies.  In the mid 80’s they began exploring possibilities in northeastern New England, outside Boston.  This effort proved difficult at the time for lack of a sufficiently long master dating chronology and access to suitable structures. It was not until 1998 that a Boston area master dating chronology was developed. The Bean Town Master is the longest historical dating master chronology in eastern United States and has proved very effective at dating timbers across Massachusetts into southern New Hampshire and northern Rhode Island (ITRDB ma003).

Today, the reach and effectiveness of TRL archaeological dating chronologies covers most of the area settled by the first European colonists in North America. The number of structures dated during the development of these chronologiesis is in the hundreds, including many historically significant buildings like Independence Hall, PA, the Tuckahoe Estate (Thomas Jefferson's boyhood home) VA, cabins on Mammoth Battlefield, NJ and at Valley Forge, PA, and one of the nations first iron works in Saugus, MA. 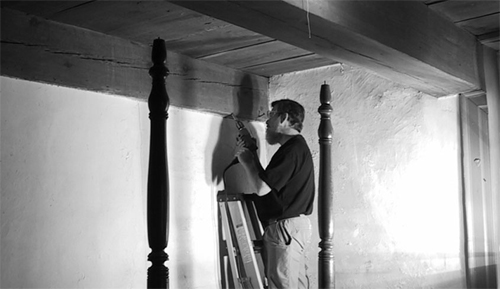