A study describing a reconstruction of boreal winter (DJF) Southern Oscillation Index (SOI) for AD 1706-1977 was published by Stahle, D'Arrigo et al. (1998). It is based on the Indonesian tree-ring data along with other tree-ring series from Mexico and the southwestern USA. 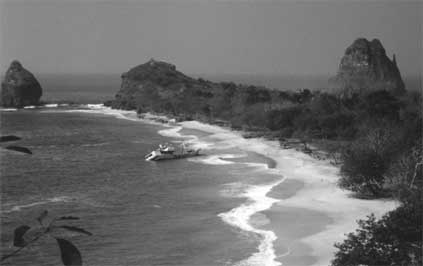 The teak data from Indonesia was a key contributor in the SOI model, showing the highest regression weight of any of the predictors used in the reconstruction. The reconstruction captures 53% of the variance in the instrumental winter SOI. It has been verified in the time and frequency domains by comparison with independent instrumental SO indices, and with Pacific SST. Oscillatory modes of variance, extracted using singular spectrum analysis, were identified at approximately 3.5, 4.0, and 5.8 years in the instrumental winter SOI for the 1877-1977 calibration period.

These modes are reproduced with remarkable fidelity by the reconstruction. The reconstructed winter SOI, and all three component waveforms, exhibit large amplitude modulation over the 272-year period. The reconstruction indicates more frequent cold events and a stronger sea level pressure gradient across the equatorial Pacific during the late 19th and 20th centuries. This is consistent with the long-term cooling of surface waters measured over the past 120 years in the eastern Pacific, and appears to further distinguish the 20th century from the previous 200 years.

Reconstruction of Dec-February SOI from 1706-1977 based on tree-ring data from Java, Indonesia, and southwestern North America (Stahle et al., 1998).

The nature of persistent ENSO events, as occurred in the first half of the 1990s, was evaluated prior to the period of instrumental record using the Java teak and other data (Allan and D'Arrigo, 1999). This study demonstrated that persistent events, comparable to that which occurred in the 1990s, may have occurred over the past few hundred years. This finding is supported by documentary evidence from other ENSO-sensitive regions across the Indo-Pacific basin (e.g., Allan and D'Arrigo, 1999). 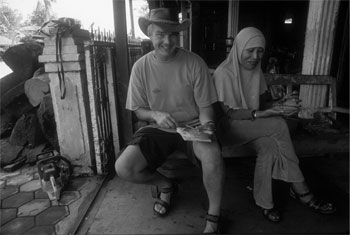