The TRL Nepal project (1994-2000) was aimed principally at improving our understanding of changes in the behavior of the Indian or Southwest monsoon, over the past several centuries through the collection and analysis of high resolution dendroclimatic records from the Nepalese Himal.  This objective was also the prime directive of the Himalayan Interdisciplinary Paleoclimate Project (HIPP) presented to IGBP-PAGES at Beijing in 1994 (IGBP, 1990; Wake and Krusic, 1994; Wake and Mayewski, 1994).  Due to the large population in Asia and that region’s vulnerability to droughts and floods, an improved understanding of the variability associated with the Southwest monsoon was deemed an important research objective. 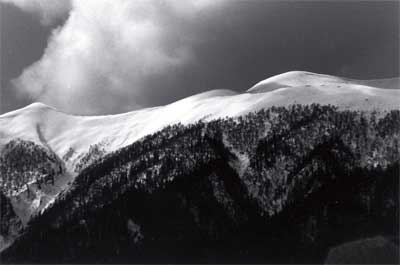 The focus of the HIPP initiative was also to characterize the details of climatic change in the Himalayas with the highest resolution possible from absolutely-dated, annual treering data and determine the hierarchy of forces controlling climatic change in this region.  Today the Nepal data and reconstruction are also included within the scope of the current TRL-Asia Monsoon Project.